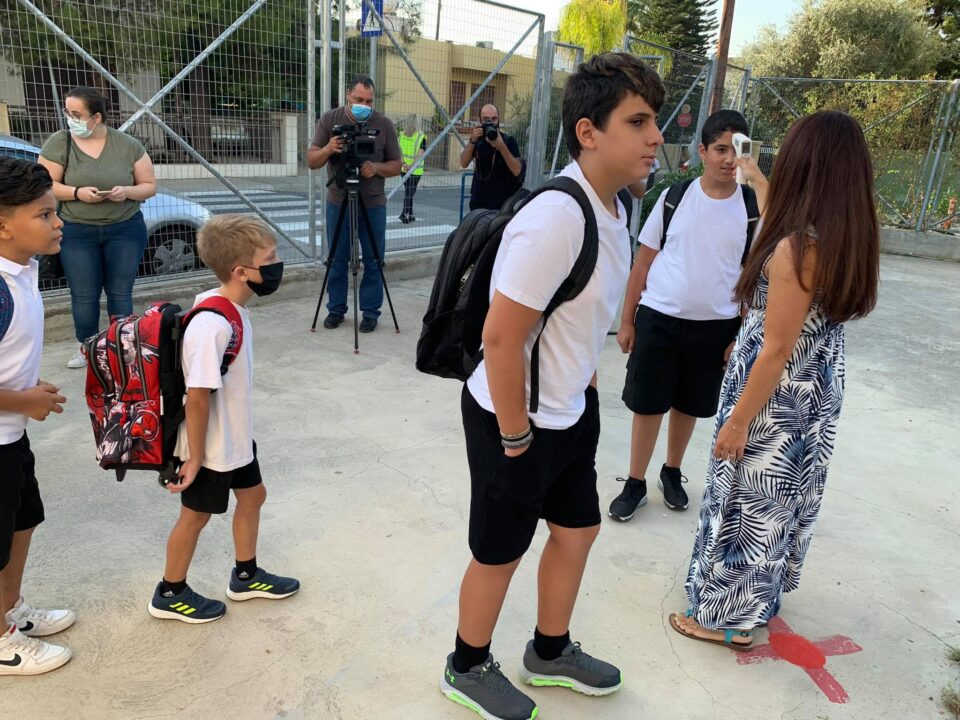 From Monday all children were back at school and it took only 24 hours for one of our celebrity epidemiologists to step up the fear-mongering, which had been toned down in the last few weeks, presumably because people were on holiday. Reinvigorated by his holiday, Professor of Microbiology/Molecular Virology and member of the scientific advisory team, Dr Petros Karayiannis, resumed his alarmist public statements.

He told Cyprus News Agency on Monday that he was worried about an increase in cases, “because children are returning to schools without being vaccinated, no rapid or PCR tests are being carried out and this implied the protection were the protocols and the self-protection measures of the children that must be put into practice.” There was concern about how things would develop, as the Delta variant was easily transmitted to children.

This is gratuitous alarmism. How did Professor Karayiannis know that unvaccinated students were being allowed into schools without having the mandatory antigen test every few days? Had there been a survey of public schools carried out by a reputable company that found unvaccinated children were being let into schools without producing a negative test?  There was no evidence to support such a statement, but this did not stop Karayiannis from making it.

He conceded that in the first week of secondary schools being opened, there were 13 isolated cases of students with Covid-19 and two of teachers. This was neither worrying nor cause for concern, as nobody could have expected there would be no cases among students. Teenagers had to self-protect outside schools “because the source of infection might be out of school and they could take the virus to schools and subsequently to their families, which was worrying if members of the family were unvaccinated.”

By the same logic, teenagers could be infected at home, even if all members of the family were vaccinated, and take the virus to school. How would Karayiannis propose society dealt with this scenario? If the objective is to cause alarm among the population there is an endless list of infection scenarios that could be presented, but we have had quite enough of listening to these scientific fearmongers.

On Tuesday the government announced that 80 per cent of adults have had a first dose and almost as many – over 76 per cent  – were fully vaccinated. These are percentages that epidemiologist had been saying would control the spread of the virus and allow a return to normal life. Why is the fear-mongering continuing now we have reached the desired level of vaccination cover? Surely, it is time for Dr Karayiannis and his colleagues to give it a break.