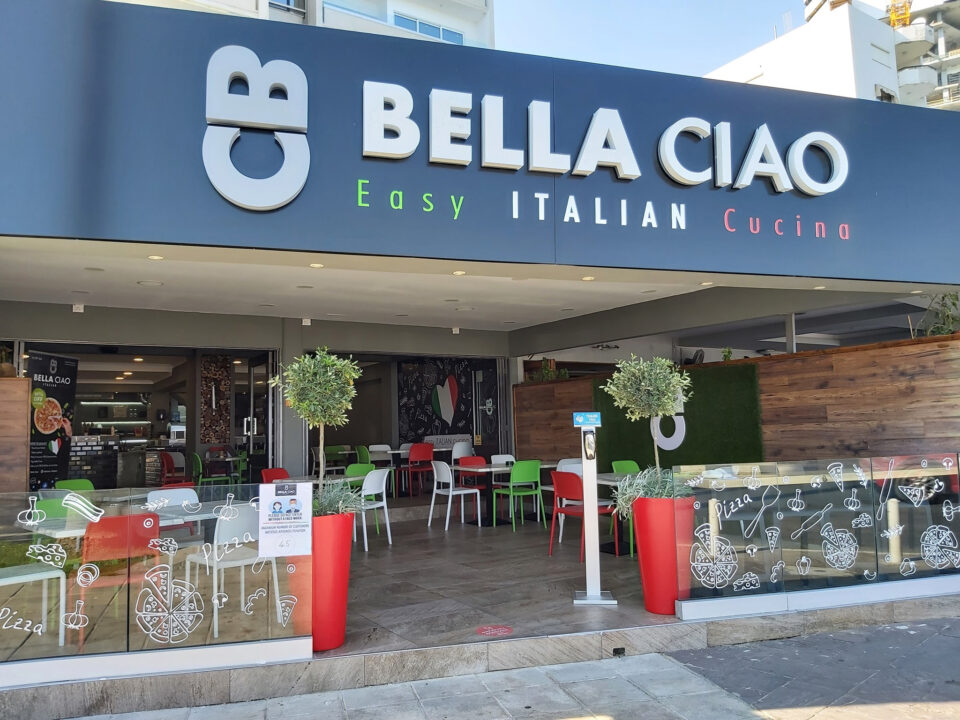 There are numerous definitions to the word easy, not all of them positive. Lack of sophistication, unceremonious, bereft of effort and forethought. None of these apply to the Limassol-based eatery Bella Ciao. While the restaurant describes itself as serving ‘easy Italian cucina’, it is not because its dishes are bland, overly simplistic or so easy to replicate they make visiting the restaurant a moot point, but rather it is casual Italian dining done right and at an appropriate price point, but more on that later.

Bella Ciao is in the Enaerios area of central Limassol facing the sea opposite the pier most often referred to by the same name as the area it finds itself in. While the seaside road traffic may not be for everyone, the view from the restaurant’s outside tables is unquestionably pleasant and a visit can easily be combined with a walk along the beach.

On to the food. The restaurant keeps it casual and modern, with a selection of pizzas, pasta dishes, salads, gnocchi, focaccias and a range of light meals, as well as a few desserts. We tried a few of the pasta dishes, as well as a couple of the light meals. First up was their pasta Bolognese, one of those dishes where you try to gauge the standard of a restaurant, seeing as if they cannot get this popular, omnipresent dish right then suffice to say your expectations for everything else should go down accordingly. 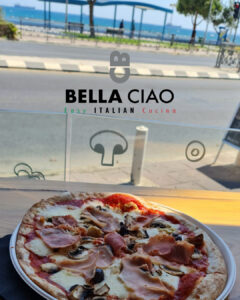 Thankfully, they got it spot on, although the additional topping of cheese (you get grated parmesan with every pasta dish on the side) which melts on top of the pasta can be done without, despite its pleasant flavour and richness. The second pasta dish has a whiff of Americana about it. Johnny’s Bistecca Rosso Pasta (or Johnny’s red steak pasta) contains thinly sliced beef strips in a traditional Napoletana sauce, garlic, and spring onions, all of which have been sauted in Italian red wine. This will likely become a default choice for me as the combination of the tomato-based sauce and beef were a highlight. The third pasta dish had a more local flavour, quite literally dubbed Cypriot pasta in the menu. A white pasta dish, it has bacon, mushrooms, small pieces of halloumi, spring onion and garlic. Although this sounds overwhelmingly rich, it is almost kind of light, as the bacon and halloumi pieces don’t overwhelm the pasta.

From the light meals category, we tried two ciabatta sandwiches, the halloumi ciabatta and the Bella Ciao steak ciabatta, both of which came with chips. The former contains fried halloumi flavoured with yogurt, rosa tomatoes, cucumber, red onion, pesto and vinaigrette. This is actually lovely and a rare instance where it tasted more fresh the cooler it became. I suspect this would work well as a next-day leftover as well. The second dish, somewhat pricier due to the beef used, contained caramelised onions, tomatoes, rocket, lettuce, pesto and mayonnaise. Heavier than the halloumi ciabatta, but more filling and a meal I will likely be returning to.

From the desserts menu we opted for the Chocolate Fondant Cake, oozing with molten chocolate, and the New York cheesecake, drizzled with strawberry sauce, both of which were lovely. While neither are on the lighter side, as one would expect, the New York cheesecake is actually the less overwhelming choice, particularly if you forgo the strawberry sauce on top. All in all, I would definitely go to the restaurant again, although the option of getting the food delivered to your home may come before the next visit.