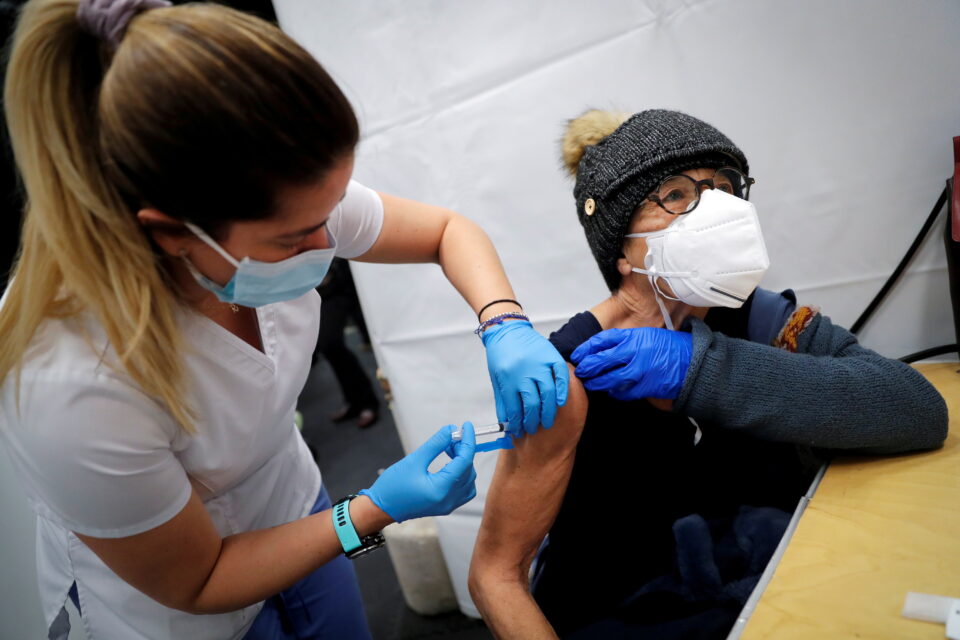 The debate over whether Americans should receive a booster dose of the Pfizer/BioNTech COVID-19 vaccine moves to a panel of independent expert advisers to the U.S. Food and Drug Administration on Friday.

While U.S. health officials, some other countries and vaccine makers have said boosters are needed, many scientists and vaccine experts disagree.

The FDA staff said in documents https://www.reuters.com/business/healthcare-pharmaceuticals/pfizer-says-third-covid-19-shot-warranted-fda-document-2021-09-15 prepared for the committee this week that the vaccine Pfizer Inc developed with Germany’s BioNTech SE is still very effective at preventing severe illness and death and that the evidence is mixed on whether its efficacy declines over time.

Pfizer, which is arguing for broad use of a third shot, submitted data from an analysis of over 300 participants in its late stage clinical trial showing that the vaccine’s efficacy diminished by around 6% every two months after the second dose, and that an additional shot boosted immunity.

The FDA’s Vaccines and Related Biological Products Advisory Committee will also consider data from Israel, which has been administering booster doses of the Pfizer/BioNTech vaccine.

It began offering a COVID-19 booster https://www.reuters.com/world/middle-east/israel-offers-covid-19-booster-shots-all-vaccinated-people-2021-08-29 to people as young as age 12 last month, expanding a campaign that began in July for people over 60. An analysis by Israeli scientists published on Wednesday in the New England Journal of Medicine found that among 1.1 million people age 60 or older who had been fully vaccinated at least 5 months earlier, those who received a booster were less likely to be infected or become severely ill than those who did not get the third shot.

The Israeli Health Ministry said in documents on Friday that immunity against infection declined during July among all age groups, but particularly among people aged 60 and over who had been vaccinated in January.

Immunity against severe disease dropped in that older group, and such a decline may occur in younger groups aged 50 to 59 as well as 40 to 49, it said. The ministry also said the booster dose did not raise new safety issues.

The booster debate gained urgency as U.S. COVID-19 hospitalizations and deaths surged due to the highly transmissible Delta variant of the virus, mostly among the unvaccinated. But infections among fully vaccinated people have risen and they can spread the virus on occasion, mostly to unvaccinated people.

“We expect a potential positive FDA support for boosters for elderly ahead of Biden’s rollout, but larger populations may take longer for broad support and approval,” Jefferies analyst Michael Yee said in an email.

Scientists say the strongest evidence for boosters is for older adults and other high risk populations.

“My guess is we are going to end up with a recommendation for booster doses for a certain subpopulation, such as adults older than 65,” said Bill Moss, executive director of the International Vaccine Access Center at the Johns Hopkins Bloomberg School of Public Health.

More than 1.9 million Americans have already gotten a booster dose after the government authorized them for people with compromised immune systems, according to the U.S. Centers for Disease Control and Prevention (CDC).

The panel will vote on if safety and effectiveness data support approval of a booster at least 6 months after the second dose for people aged 16 and older. The vote is scheduled for between 2:25 pm ET and 4:45 pm ET.

Eight top health officials in the Biden Administration – including the heads of the FDA and the CDC – said in August they believe booster shots will be needed because emerging data shows that protection against COVID-19 decreases over time.

The U.S. is planning a booster campaign for the week of Sept. 20, contingent on backing by the FDA and CDC.

Moderna Inc has also asked for approval of a booster and released data on Wednesday https://www.reuters.com/business/healthcare-pharmaceuticals/moderna-says-covid-19-vaccine-protection-wanes-makes-case-booster-2021-09-15 showing that protection from its vaccine also wanes over time. That is not expected to be discussed at Friday’s meeting.

‘No proof that surveillance van was used  to spy on citizens’