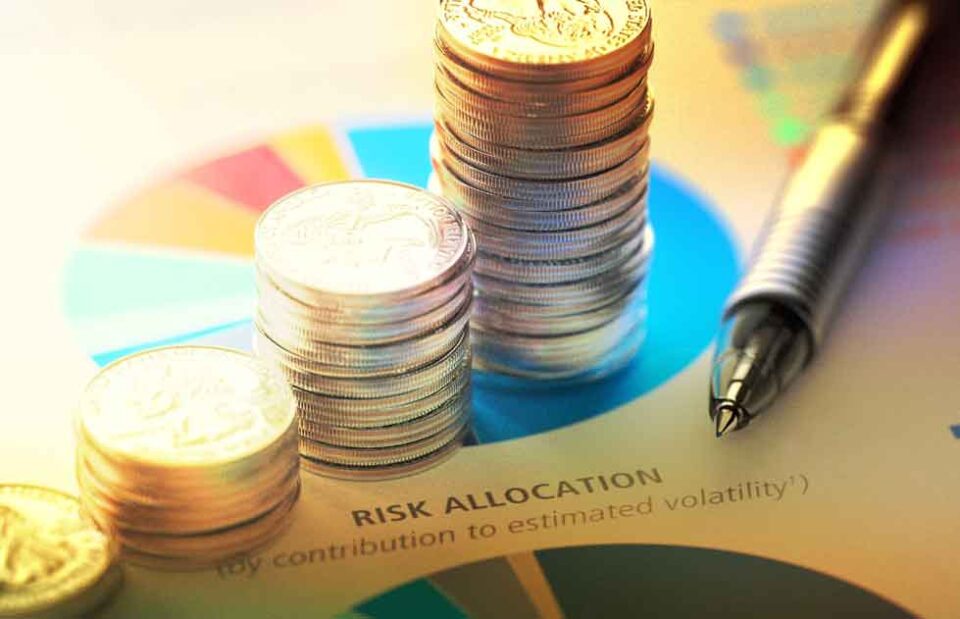 Every capital investment whether deemed to have negative or positive Net Present Value has, like a coin, two sides. One is the return side and the other the risk side. Any attempt to detach one from the other almost always results in misallocation of economic resources where some benefit at the expense of those who are undertaking the risk. This is magnified by a world economy where there is huge concentration of wealth and which is facilitated by a loose financial system that enables banks to create money and pass on the risk to their borrowers. This allows banks to pass on their loan assets to hedge funds and wealth managers with borrowers ending up at the mercy of those who are looking to position mountains of money in assets with moderate return but with relatively low risk. Such risk/return profiles can only be basically found in the transfer of existing assets rather than in the creation of new wealth through new viable capital investment projects. In this manner, and with the banking system conveniently acting as a facilitator, a huge transfer of wealth from the many to the few takes place which in turn exacerbates the concentration of wealth and the inequality problem.

When an entrepreneur is funding a project out of own equity, he has to decide whether he believes he can manage these risks and undertake the investment against the prospect to make a good expected return. This is how a normal laissez-faire economy works.

Now consider the situation, as is common in the world today whereby half, if not most of the capital investment is funded through loans. If we assume that 50 per cent of a project is loan financed how does the above change the risk-return situation? As far as the risk to the owner of the project is concerned, although the investors provide only 50 per cent of the funding required, they undertake the whole of the risk by providing full recourse to the banks for the lending in terms of collaterals and guarantees. In other words, the lenders in effect undertake no real risk. And for that, the bank takes a reduced but relatively certain return in terms of the interest agreed. From there on, there are two possible outcomes for a lender. To collect its principal and interest or for the loan to go non-performing and to call it in and collect on the collateral and guarantees at hand.

The intriguing, but also rather worrying question, is what is more likely to happen or may even be preferred by banks in such cases where a loan becomes non-performing and it needs to be recovered? Strange as it may seem to some, more often than not, it is more likely that banks opt to sell a loan to Funds or other Wealth managers rather than executing whatever recourse they have at hand. This process facilitates wealth extraction and wealth transfer from the distressed borrowers to the funds buying these and their intermediaries. And this method seems to serve the banks and its executives better than if they were to be granting only viable loans with a good repayment capability and which never become non-performing.

When one is fully covered as in the case of a bank, the expected loss part of an investment does not apply. In effect, this means that the Expected Value of an acquired project asset as it applies to the lender is in fact higher because of full recourse in the event of any losses. So, as in the simple example above, the Expected Value of the probability distribution for all intetds and purposes is +5.5 for the perspective of the lender who can call on the securities and take over the assets of the borrower. But the paradox is that if a bank utilises these securities directly, the maximum compensation that can be attained is the principal of the loan plus any accrued interest. However, if a bank is allowed (or even encouraged by the system as it is the rule now) to sell the loan asset to a third party with all the collaterals and guarantees in place, it would be possible for all parties involved in such deals to extract more than if the bank was to call in the loan and manage the recovery process itself. The bank would still not show in its books any abnormal profits but in such deals the boundaries for many in its immediate and peripheral environment to gain from such deals are enormous and not always apparent or even transparent.

Savvakis C Savvides is an economist, specialising in economic development and project financing. He is a former senior manager at the Cyprus Development Bank and has been a regular visiting lecturer at Harvard University and at Queen’s University