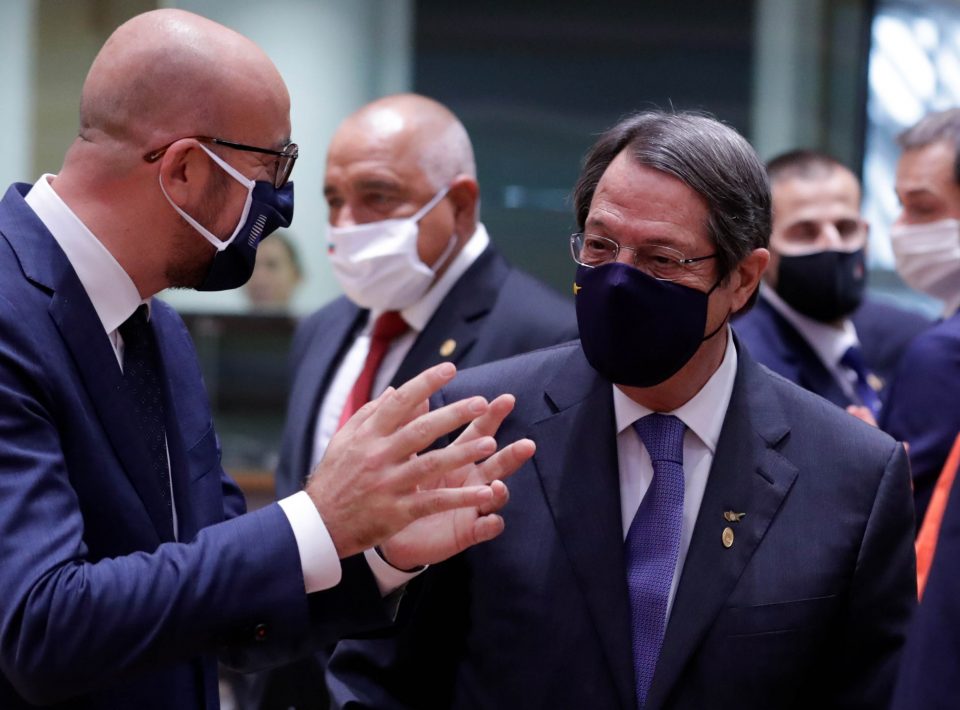 President Anastasiades at an EU meeting, the island should put more empasis on the EU

The citizens of Cyprus are living in uncertainty. They bear witness to a governance that has failed them, and which excels in improvisation, in scandals and in misunderstandings. The situation has reached unacceptable levels:

-The rule of law is lagging systematically behind

-Appointments of ‘the best’ are tragic

-The economic model for development is not viable

-Moves towards a ‘green’ and digital era are slow

-Education has no bearings

-Partition is closer than you think

People are tired of hearing “promises” which are not kept. They are weary of seeing their hopes dashed. They want answers and firm steps towards progress. They are looking for a different approach which, to start with, will restore our country’s credibility.

Fighting corruption, upgrading Cyprus’ image as a serious investment destination, and capitalising on our human resources are necessary prerequisites towards this goal.

An honest state is the starting point which will reverse today’s decline.

> End the absence of transparency and the lack of accountability. Today’s image of malmanagement and corruption to be replaced by progress and development for everybody.

> Strengthen public life through rules which are actually observed. Leaders must lead by example and serve the people. This can be achieved through transparency based on best international practice such as Grecco, through regulations which will prevent conflict of interest in exercising authority and through trustworthy administration and electability.

> Apply e-government in the state machinery and the public services to reduce bureaucracy and fight the lack of transparency.

When it comes to the Cyprus problem, we seem to have got used to stalemates. We often believe in easy solutions such as being outraged or filing protests. However, the right response is to work methodically and with determination to solve the problem. ‘Being tough’ means we do our homework and prepare well to achieve our objective, not merely lodging protests.

Politics is in fact meaningful when problems are solved, and peoples’ lives improve. We all have an additional responsibility so that through our choices we deliver to the generations to come a free, unified country without occupation armies and in particular a European Cyprus.

Cyprus should become a normal state, without the baggage of the past. A solution means to regain the negotiating acquis which we have achieved with hard work and apply European Human Rights as interpreted by the European Court in Strasbourg.

EU-Turkey relations are linked in different ways with Cyprus. Reviving these relations and making progress in the Cyprus problem go hand in hand. To achieve a viable solution we have to align ourselves with European interests.

We have to make the most of our EU membership, fully and in a creative manner, instead of protesting and being at opposite ends. This is the only way we could attain leverage to use in our effort for a comprehensive solution in Cyprus. We have to promote policies such as EU participation in the peace talks and a security mechanism which will replace the 1960 system and intervention rights.

Many of our compatriots, refugees, middle-sized businessmen, young people, pensioners bear the brunt of repeated crises which the country faces. Adopting a better economic and social model is feasible. The state has an important role in this to achieve viable development and increased social justice.

The state has to lay down the rules, to facilitate steady development and secure a sound business environment. Improving the existing investment climate and strengthening productivity are moves linked to creating better employment prospects and to combatting unemployment. The state should have an executive role to play in such an effort, it must oversee a more just distribution of wealth and follow policies that reduce social inequalities.

I believe that a very significant number of citizens are looking for modern solutions to these problems. It is watching the challenges the 21st century brings about and is searching for a different course. With an honest state to navigate. With development and social rights. With green energy and green policies. With applications of the 4th Industrial Revolution. With a solution of the Cyprus problem so that we can have one, united, green Cyprus.

All the above, I believe, are the most important challenges of our society. I am ready to declare my presence in this challenge and present my programme which can lead to progressive change. By the end of the month, I will take a step in this direction. I will announce the start of consultations with the people, the representatives of the political establishment and of society, social partners and various business unions, tertiary educational establishments, local administration and of course anybody else who wishes to share his or her views with me.

First and foremost, I would like to hear them out, listen to what they have to say and afterwards – in the light of this consultation – I will proceed to announce my candidacy for the 2023 presidential elections.