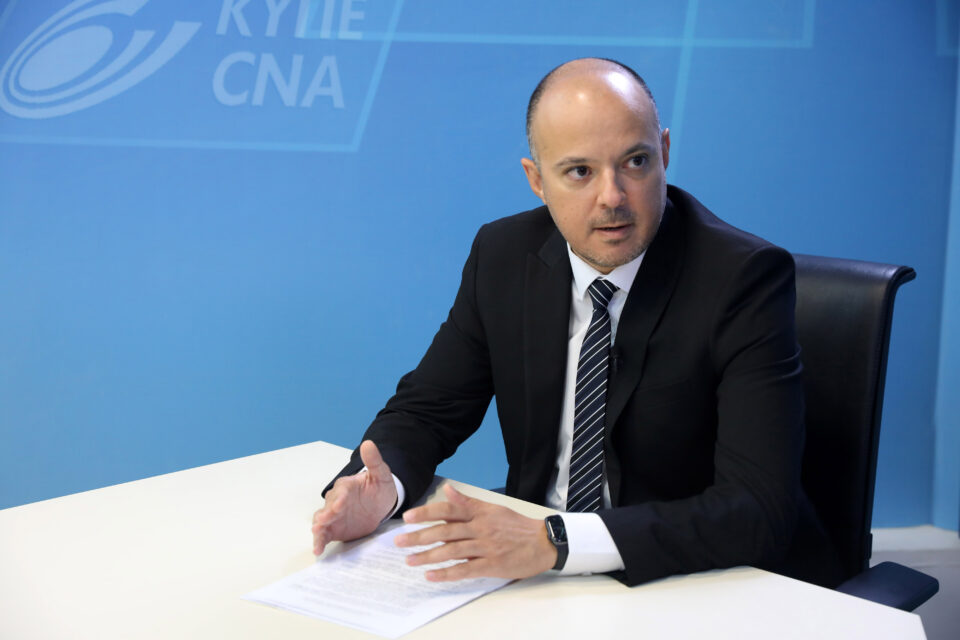 In an interview with the Cyprus New Agency, he said that innovation has been significantly boosted recently in Cyprus. He referred to the expansion of the Cypriot ecosystem of Research and Innovation achieved in the last years, the important possibilities for further development as well as the actions to widen the culture and innovation and research on the island.

The rate of developing and adopting innovation through the pandemic has significantly increased in many fields, including health and digital technologies, he added.

There is room for further improvement and the effort continues with the same zeal so that innovation and research can have a greater impact, he noted.

Cyprus, said Loucaidis, has excellent human resources, something that is shown in European indicators, the international scientific publications and collaborations between small and medium sized businesses and other bodies of the research and innovation ecosystem.  At the same time, it is one of the indicators in which there is significant progress compared to previous years.

However, there is room for improvement in the field of intellectual property rights but also in some other indicators that are for the first time included in the European Innovation Scoreboard 2021 and concern environmental sustainability where, as he said, Cyprus has the potential to improve its position.

Last year, the foundation announced four programmes with a total budget of €15 million for research and entrepreneurship which received a great response.

We are very satisfied to see new stakeholders participating for the first time, to submit proposals and seek funding, something which means we have a greater ecosystem nowadays, Loucaidis said.

Six hundred proposals are now at the stage of evaluation and there are many open invitations which and more proposals to be received in the near future.

Ten million euros were allocated through the Excellence Hubs, a programme that aims at promoting scientific excellence, funding research projects in leading fields such as life Sciences, physical sciences and engineering, as well as social sciences and humanities.

A total of €3.8 million was made available for Research in Enterprises. The programme encourages companies to increase their participation in research activities, enhancing their competitiveness by investing in Research and Development (R&D) for new products and services.

The foundation’s business innovation programmes have also allocated €21 million to 85 businesses and start-ups.

The aim of the Foundation, Loucaidis told CNA, is not only to providing funding but also offer support services to allow researchers and innovative businesses to move forward with their ideas and bring products and services to the market.

Loucaidis also referred to the opportunities from the Horizon Europe project for the period 2021-27 with a total budget of €95.5 that will cover all aspects of research and innovation, adding the European Commission is seeking new innovation solutions in important regional and global challenges with a direct repercussion on the economy and the society.

Regarding the European Researchers’ Night event, it will take place for the 15th time in Cyprus on the 24th September and once again, it will be online this year.

The event aims to encourage the public to become familiar with the world of science and research and at the same time to strengthen the public image of researchers, whilst highlighting the important role they play in society.

In the framework of the event entitled ENGAGE – European researchers’ Night in Cyprus: the diGitAl and Green agE, scientists, academics, researchers and entrepreneurs will present their activities and achievements to the public.

Participation is free and will start at 10am while the S-factor competition will be held in a hybrid form at the Strovolos Municipal theatre and will be broadcast through the event’s platform. Access and registration can be done through the foundation’s website www.research.org.cy.