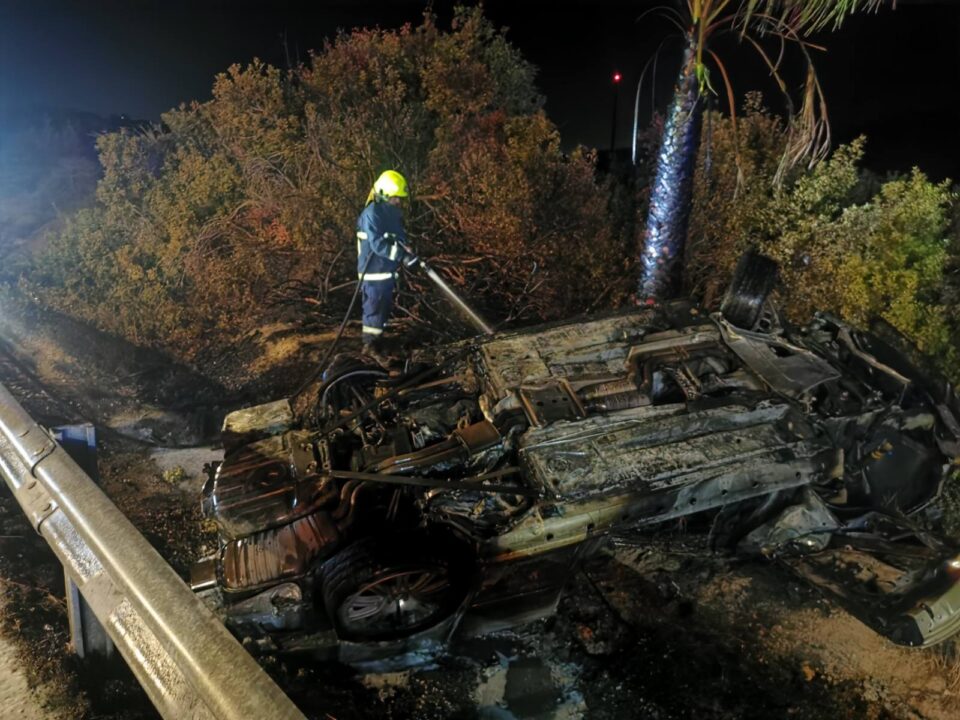 A vehicle crashed into the railing of the Larnaca – Limassol highway in the early hours of Sunday, causing the car to overturn and a fire to break out.

Fire services responded to the incident at 4am, according to spokesman Andreas Kettis. The driver manages to escape the car before fire services arrived and did not sustain any injuries.

Around two hours later, fire services responded to another accident in Paphos, after two cars crashed into each other. One of the vehicles was stuck at an electricity pole and needed to be rescued out of the car, with the help of the fire services.