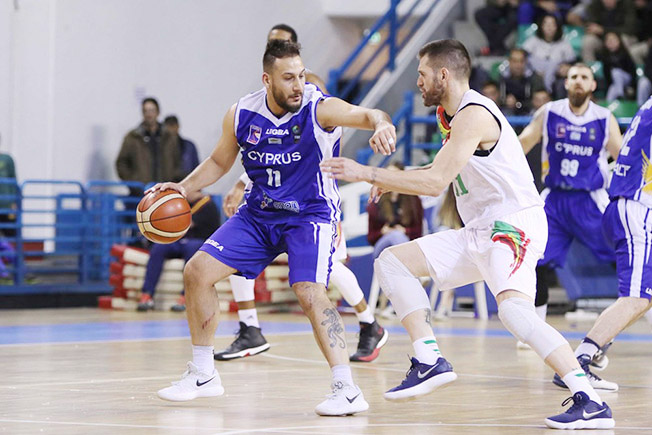 The Cyprus Basketball Federation (CBF) presented its candidacy to host the group phase of the Fiba Eurobasket 2025 in Limassol.

The candidacy was officially presented at an event held in the presence of Finance Minister Constantinos Petrides, MPs and sports stakeholders, such as the Cyprus Sport Organisation and the Cyprus Olympic Committee.

“CBF and our country are before an opportunity of historic significance, to seek a major sports event which could constitute a landmark with sport and social prospects,” Andreas Mouzourides, the CBF President told the event.

Cyprus along with, Finland, Hungary, Latvia, Russia and Ukraine submitted their official bids to host the event to be held in September 2025. It marks the first time Cyprus has entered the official bidding process.

According to Fiba Europe, Latvia, Hungary, Russia and Ukraine submitted bids for the group phase and also for the final phase of the event. Cyprus and Finland meanwhile only placed bids to organise the group phase.

Cyprus’ bid was officially submitted last month while presentation will be made in Munich in March 2022, Mouzourides noted that “this is a unique opportunity that we cannot allow to be left wasted,” as it entails multiple benefits both for Cypriot sport and the island in general.

According to Mouzourides, an assessment by audit firm EY, commissioned by the CBF, showed that Cyprus would be called to spend €5.6 million while income generated from the hosting of the event is estimated to be €12.9 million.

Expenditures include €2.8 million in rights and other obligations to Fiba Europe, €1.8 in expenditure associated with the event and approximately €1 million for the renovation and the increase of the capacity of the Spyros Kyprianou sports hall that would host the group phase.

Income includes €9 million from foreign fans, foreign journalists and sports delegations visiting Cyprus and an additional revenue of €3.9 million from domestic fans.
Addressing the event, Petrides described Cyprus’ bid as historic and praised the federation’s plans and preparations to host the event.

He vowed that the government will support the CBF’s bid and called all stakeholders to support Cyprus’ candidacy to host “the biggest ever sports event” to be held on the island.

Fiba Europe said it will evaluate all venues and infrastructures between October 2021 and January 2022 before the board of Fiba Europe decides on the hosts in its spring 2022 meeting.