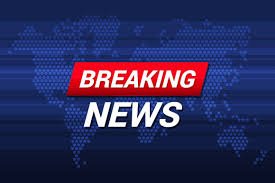 A Russian Antonov An-26 transport plane with six crew on board crashed near the city of Khabarovsk in Russian’s far east, the Interfax news agency reported on Wednesday, citing an anonymous source.

According to another news agency, TASS, the plane belonged to a company that performs technical checks at Russian airports.

The emergencies ministry said search and rescue groups were en route to the location where the plane had gone off the radar.