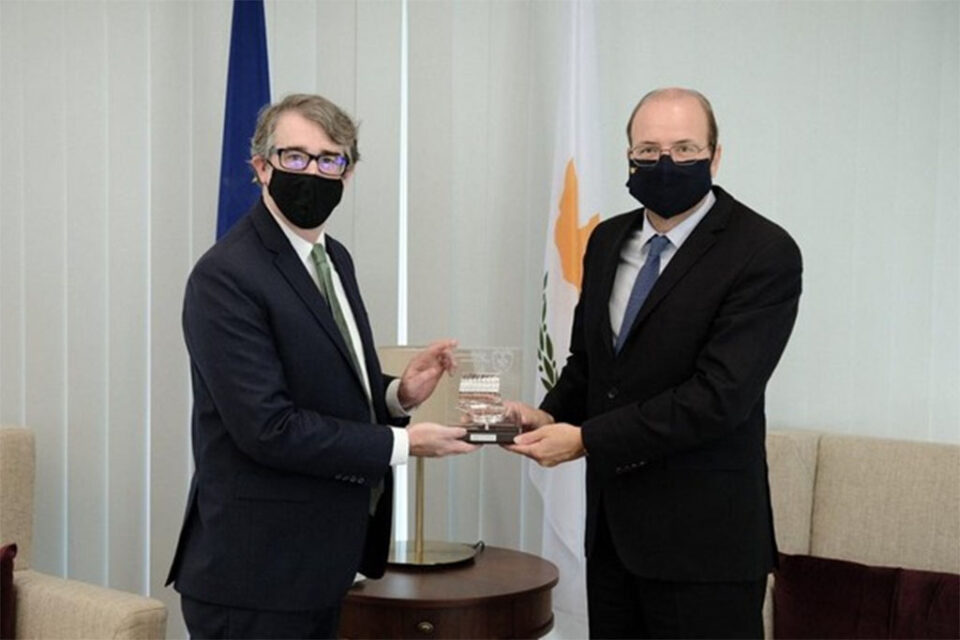 Defence ministry delegations from Cyprus and the US met in Nicosia on Friday in the framework of the first Defence and Security Cooperation Dialogue between the countries.

A statement released after the meeting, held at the defence ministry’s office, said its aim was to strengthen bilateral relations between Cyprus and the US.

“Since the Republic of Cyprus and the United States signed the Statement of Intent on Security Cooperation in 2018, both countries have taken remarkable steps for strengthening their bilateral relations in the fields of security and defence,” the statement said.

“The growing, shared interests of the two countries in the Eastern Mediterranean aim to tackle emerging transnational threats and contribute to regional stability and security.”

Cyprus has recently been admitted to the US International Military Education and Training programme and is now allowed to purchase non-lethal defence commercial weapons. Also, a number of joint training activities and exercises between the Cypriot National Guard and the US Armed Forces have taken place.

During the consultations the delegations had the opportunity to review the latest developments and the progress achieved in the fields of security and defence cooperation and the conclusion of numerous bilateral agreements.

Moreover, they discussed ways to further enhance their defence and military cooperation through the participation in training programmes and joint exercises.