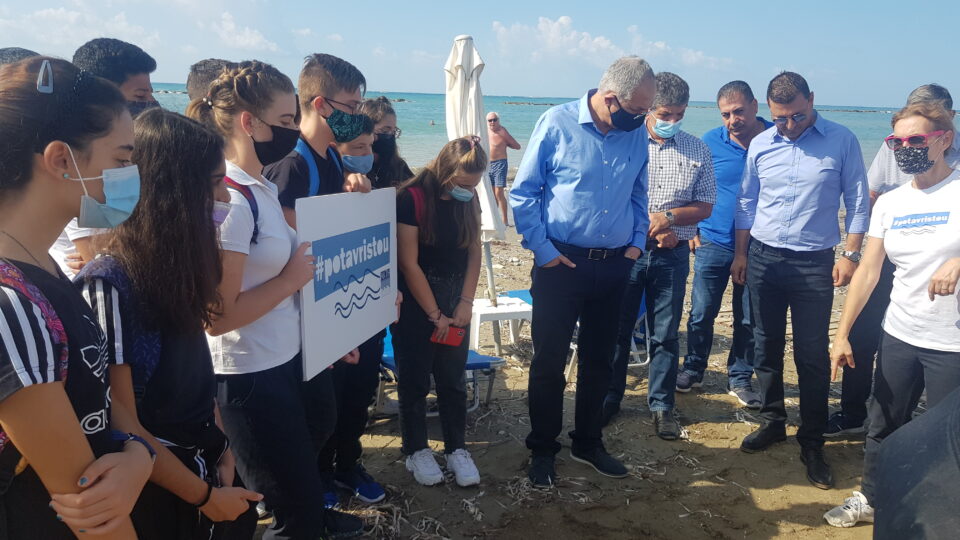 Agriculture Minister Costas Kadis on Friday stressed the importance of cooperation between the state and civil society for the effective protection of coastal areas and the environment.

The minister attended an event at the Yeroskipou beach in Paphos co-organised by the Akti Project and Research Centre, Yeroskipou Municipality and the environment department to celebrate the Mediterranean Coast Day that is marked on September 25.

According to Kadis, 50 per cent of the population in Cyprus lives in coastal areas, whereas around 200 million people throughout the EU live in such areas.

He noted that it is very important that these areas which are, he said, “very productive, vulnerable and characterised by great natural wealth” are protected and preserved as best as possible. For that reason, he said, events and actions that highlight the importance of coastal areas are very important.

The minister praised the cooperation between local government, state services and civil society social stressing his ministry’s determination to everything in its power to protect the coastal areas that are under a lot of strain in recent decades. He said cooperation by everyone was necessary for this.

“Two years ago, 5.5 tonnes of plastic were collected under the programme and last year 12 tonnes,” he said, pointing out that this year he would have preferred that there would be no rubbish on the beaches that needs to be collected.

Head of Akti, Xenia Loizidou said they celebrated this year’s Mediterranean Coast Day by cleaning Yeroskipou municipal beach and seabed with the participation of schools of the area and a visit by boat to the Moulia sea protection area.