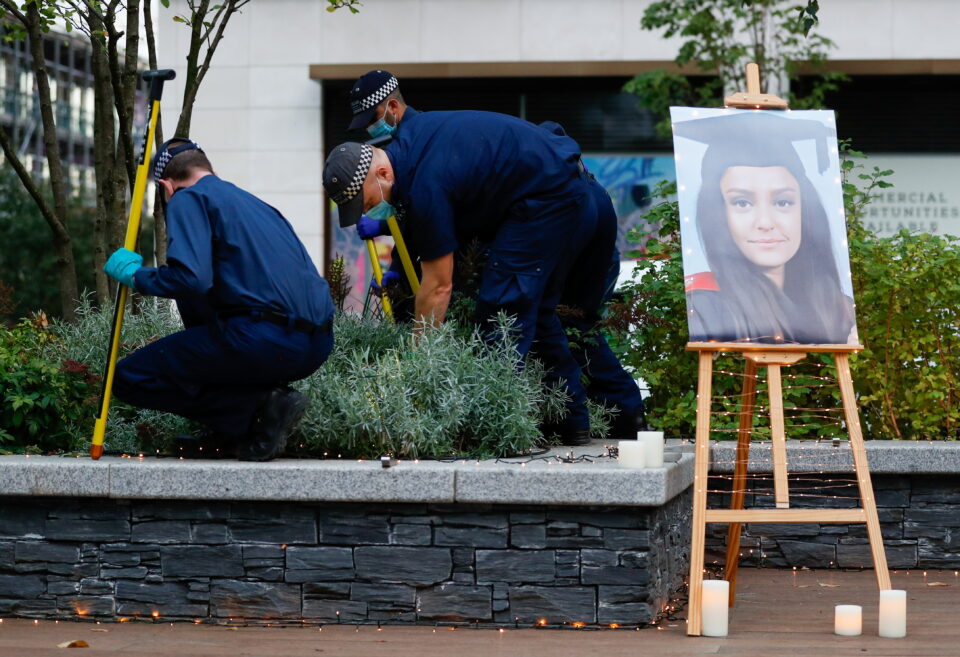 Police officers search the area prior to a vigil for Sabina Nessa, a teacher who was murdered in Pegler Square

British police said on Friday they had released under investigation a man held over the murder of a teacher in a London park last week that has provoked an outburst of public grief and anger over the issue of violence against women.

Sabina Nessa, 28, left her home in south London on the evening of Sept. 17 to make the short walk through a local park to a bar where she was due to meet a friend. She never arrived and her body was found in the park the next afternoon.

Vigils are planned both in the local area and across Britain later on Friday evening, both to remember Nessa and to highlight violence against women.

The Metropolitan Police said they had released a 38-year-old man who had been arrested at an address in nearby Lewisham on Thursday but that he remained under investigation and could still be taken back into detention.

The police on Thursday also released pictures taken from security TV footage of a man and a vehicle, appealing to anyone who recognised either to make immediate contact, and on Friday thanked the public for their response to the appeal.

“We are now a week on from Sabina’s murder and while we have made good progress with our investigation we must keep this appeal for information going and encourage anyone who has any information to come forward,” Met Detective Chief Inspector Neil John said.

A post-mortem carried out on Monday was inconclusive, police said.