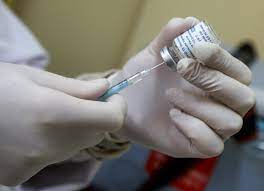 Venezuela’s National Academy of Medicine on Monday expressed concern over the use of Cuba’s Abdala coronavirus vaccine due to a lack of scientific research on its safety and efficacy.

Cuba said on Saturday it had exported the three-shot vaccine for the first time, sending an initial shipment to Vietnam as part of a contract to supply five million doses to the Southeast Asian country.

The government of Venezuelan President Nicolas Maduro has so far been relying on the Russian Sputnik V and the Chinese Sinopharm vaccines, and in recent months received its first shipment of doses via the global COVAX program.

“The characteristics of the Sputnik V vaccine have been published in scientific journals and its quality has been verified in independent clinical trials … (and) the Sinopharm vaccine has been approved by the World Health Organization (WHO),” the academy said in a statement.

“Abdala has not been approved by the WHO or any international regulatory agency.”

Venezuela received its first batch of 30,000 Abdala doses in June as part of clinical trials, and Cuban President Miguel Diaz-Canel on Sunday said another batch had been sent, without confirming how many vaccines were shipped.

The academy “expresses its deep concern that a product for which there is no scientific information on safety and efficacy … is being administered to Venezuelans,” the academy added.

Cuban scientists have developed three homegrown vaccines against COVID-19, all of which are waiting to receive official recognition following an evaluation by the WHO, according to the island’s authorities.

Maduro says about 40% of the country’s roughly 28 million inhabitants have been vaccinated and that this figure should rise to 70% by October. Venezuelan doctors have questioned the figure.