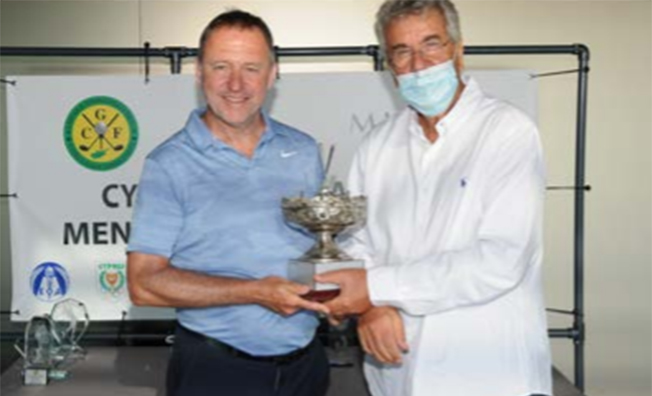 The 14th edition of the Cyprus Senior Amateur Men’s and Cyprus Amateur Ladies Opens, organised by the Cyprus Golf Federation (CGF), was hosted this year by Minthis golf course in Tsada, Paphos.

In the men’s event, some exciting Day 1 golf saw ex-champion Rachid Akl (Lebanon) share the lead with Andrew Wright (England) both on 77, with Myles Clapperton (England) a shot behind on a 78.

Just like the men’s event, the ladies had a very closely fought Day 1 with Christine Huebner’s (Germany) score of 91 leading ex-champion Carol Powell (England) by a single shot, with Gillian Crossley (UK) and Limor Sidi (Israel) sharing third place, both on 94.

Huebner’s Day 2 score of 91 was enough to secure the runner-up spot with a total of 182, with Crossley scoring a 92 on final day and a total of 186 in third place.