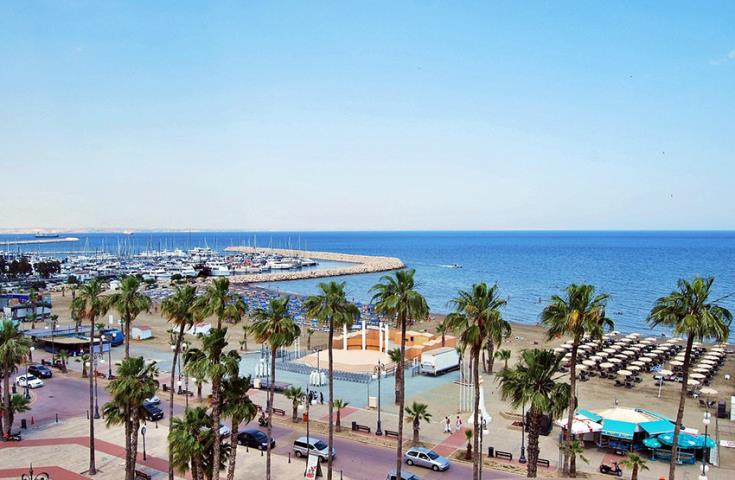 The construction of hotels and the completion of other projects, including the redevelopment of the old oil refineries area in Larnaca will place the district on the country’s tourist map, mayor Andreas Vyras said on Monday.

The mayor, who is also the vice president of the Larnaca Tourism Development and Promotion Company (ETAP), was speaking at a press conference on the occasion of the World Tourism Day.

“Tourism in Larnaca this year was mediocre, but better than last year,” said the president of Larnaca tourism board Dinos Lefkaritis.

The district attracted visitors from the traditional main markets, such as Russia, the United Kingdom and Germany, but in smaller numbers than in previous years “due to the limitations of the coronavirus pandemic”, Lefkaritis said.

The various European and international sports events, which took place or are planned until November, have also contributed to Larnaca’s bookings, Etap’s president added. The events include among others, Beach Sambo, shooting, archery, swimming and tennis.

A stadium of the Cyprus Archery Federation and the Pyla community council is expected to open by the end of September which will also attract sport tourism, Lefkaritis said.

However, according to Etap, the winter, is expected to be “difficult” and hoteliers believe the state incentives for locals must continue as most hotels plan to remain open during the winter season.

Referring to the various actions carried out as part of this year’s Larnaca tourist board’s action plan, Lefkaritis said these were in collaboration with the local authorities and other bodies and had the support of the deputy ministry of tourism.

These include renovating the facades of buildings in Piale Pasia, planting of trees along beaches and instalment of play equipment in linear parks as part of the enriching and greening of Larnaca’s beaches, he said.

The nature trail along Aliki salt lake has also been improved while the tourist infrastructure in various communities has been upgraded including the promotion of alternative forms of tourism such as cycling routes, sports tourism, and the creation of three thematic beekeeping paths in the villages of Odou, Vavlas and Vavatsinias.

Technology was also used to promote tourism in the district.

“We have recently introduced innovations in the way the city is projected to modernise the way of providing information to the tourist, including the Larnaca Storytelling Statues, the Larnaca Virtual Museums and the virtual restoration of the port of ancient Kiti,” Lefkaritis said.

Commenting on the projects, Larnaca’s mayor said they “will open the doors wide for Larnaca to be included in the tourist map”.

“Despite the adverse effects of the pandemic, the interest of investors remains,” he said.

The Radisson Larnaca Beach Resort which is being built on the Larnaca – Dhekelia road in the Voroklini area will open during the 2022 tourist season “if the situation allows” the mayor said, while the luxury hotel in Voroklini Solaar Boutique Hotel that has been built on the site of the former Michael’s Hotel, is ready and will be operational in April 2022.

Meanwhile, the refinery area of the district is in the process of being cleared to be used as an urban space, while the oil refineries will relocate to the Vasiliko area.

Some of the tanks have already been demolished with the demolition of the rest starting next month, said Lefkaritis. The facilities will operate in Vasiliko from February or March 2022.

“The process of clearing the [contaminated] soil of the area will begin soon and it is estimated that within 12-14 months 99 per cent of the area occupied by Petrolina will be clean,” the president said.

Moving the oil storage facilities is expected to free up two to three kilometres of coastline.

Part of the new multi-million reclamation project includes the creation of an urban square along the Larnaca-Dhekelia road, an embankment in the form of an extensive public linear park spanning the coastal front, a multifunctional environmental axis on Psiloritis Street, the remodelling of the Archangelos Kamitsis river, the creation of family neighbourhoods, a garden city (Arkoleivada) and the completion of the road network.