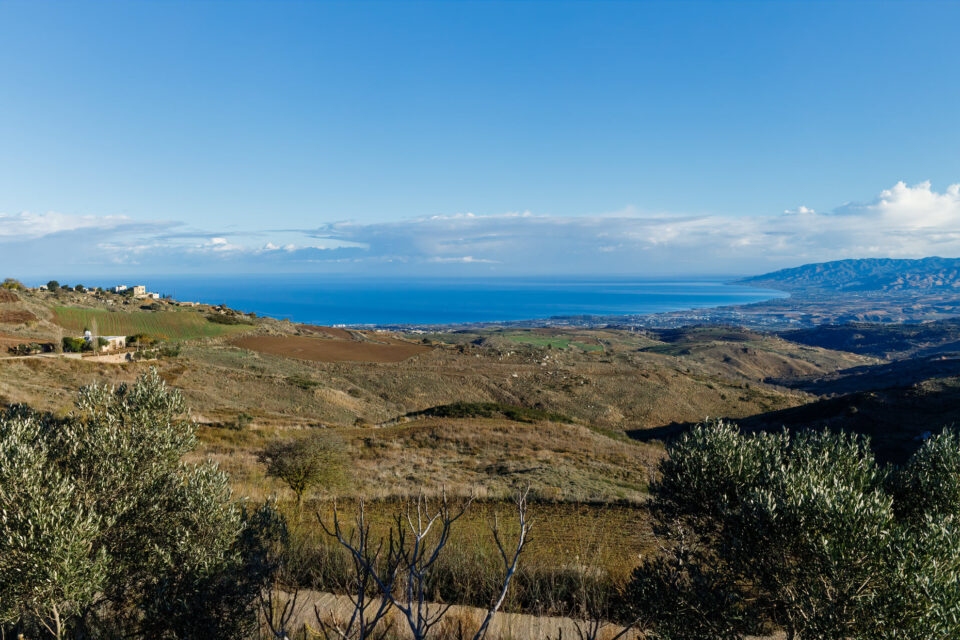 The masterplan includes service points scattered across the area and expansion of several residential and tourist zones, the craft zone in Drousia, the livestock zone in Neo Chorio and Inia and the quarry area in Androlikou (BirdLife Cyprus, Albert Stoecker)

The government’s proposed Akamas national forest park (NFP) sustainable development plan may have got the green light from the environment department, but the Green Party, local communities and environmental NGOs still find it unsatisfactory.

“The Green Party has repeated time and time again that the decades-long delays in implementing a substantial protection plan for Akamas has resulted in the constant, gradual degradation of the area’s environment, and justified reactions from local communities,” a press release from the party said on Monday.

The Greens were responding to a recent announcement by the environment department which presented its conclusions on the Akamas NFP development plan, upon consulting the environmental impact assessment report commissioned by the forestry department. The study was deemed necessary as the area corresponds to 75 per cent of the Natura 2000 protected areas, Site of Community Interest (SCI) and Special Protection Area (SPA) Akamas Peninsula.

The environment department was positive about the proposed plan but suggested some changes that according to the announcement, also took into account “the opinions expressed by the public and the authorities”.

Visitors to the park will need to pay an entrance fee and will not be able to use their private cars to enter. Instead, bicycle rental stations and a park shuttle service have been proposed, and the environment department’s notes called for designated routes for buggies and motorbikes that will limit traffic and accidents.

Two buggy accidents were reported in Akamas in August, one fatal, prompting strong reactions from environmentalists and locals. The latest announcement specified that the road from the Baths of Aphodite to Fontana Amorosa will be closed to vehicles of this type. Only park shuttles, government officials, and private landowners with special permission will be able to access this road. This was welcomed by the Greens, who expressed hope that this will also minimise the area’s environmental issues.

The project’s major feature is the 14 proposed service points that will be scattered across the park area, offering a variety of facilities – from designated parking spots, toilets and information points to refreshment kiosks, bike rental spots, souvenir shops and park shuttle shelters.

Most of the proposed points got the green light, with the exception of the one in Tzifi, which the environment department decided will not go forward. Plans for a few others are to be changed to protect local flora and fauna, with changes including everything from moving parking areas away from park entrances and protected vegetation, to making sure kiosks and bus shelters take up as little space as possible.

Seven of these service points, which will be accessible through the surrounding communities, will also operate as entrances to the park.

In their press release, the Greens argued that these points could do locals more harm than good by replacing many of the services people could have in the villages.

It was also specified that service points located along the coast will be required to close an hour before sundown, and specifically the refreshment kiosk on the south bay of Lara must be at least 100 metres away from the shore. The department also axed the opening of a souvenir shop there. 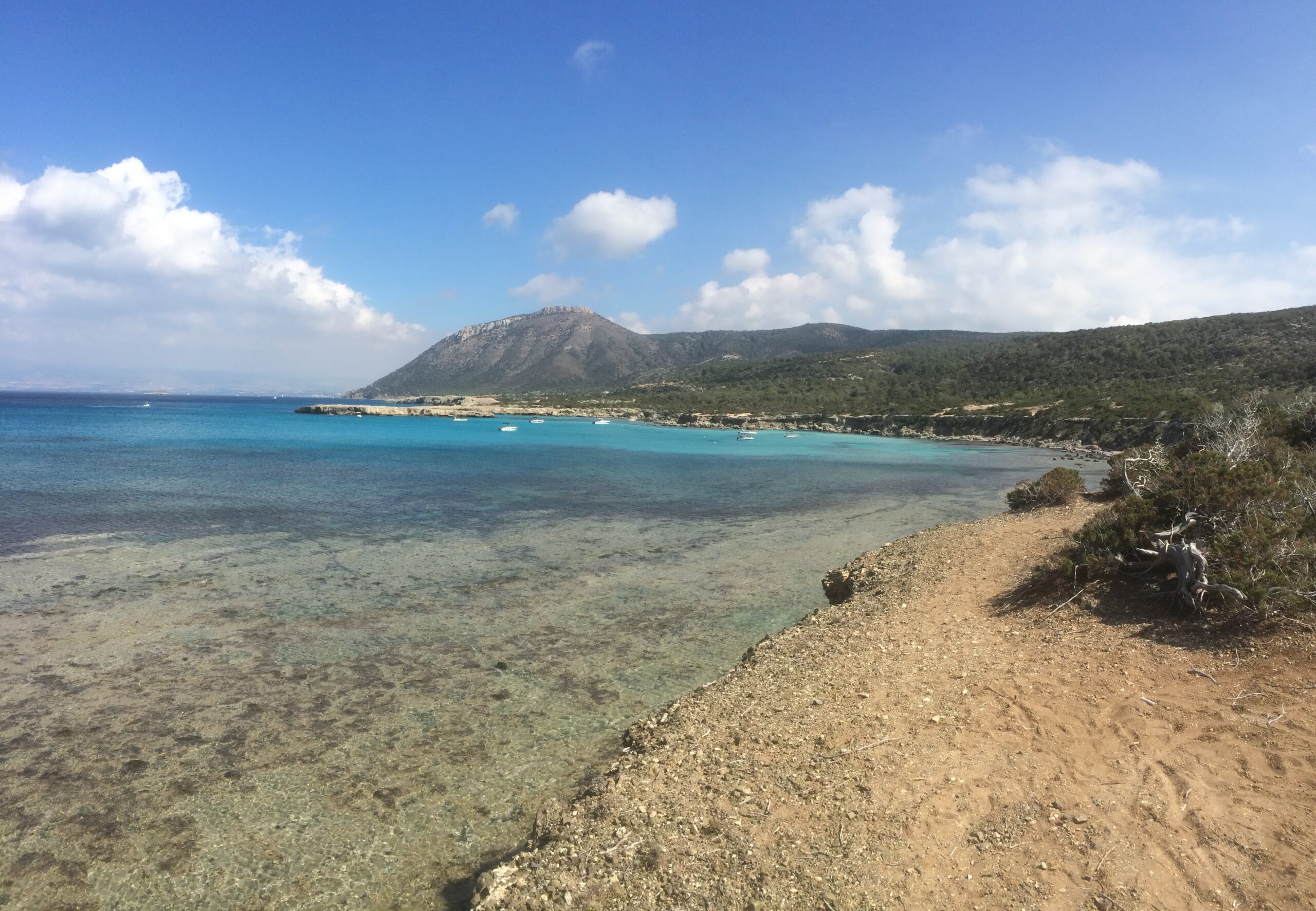 As well as environmentalists and the Greens, local communities also unhappy, but for other reasons (BirdLife, Hywell Maggs)

“This is something we have strongly resisted,” Inia community leader Yiangos Tsivikos told the Cyprus Mail, adding that the community has not been consulted, nor heard. “They also decided to move the entrance into Lara that goes through Inia, which, again, we were not asked about”.

Inia residents also want to take over salt production at Lara salt lake, which is within the area defined as the national park.

The Akamas masterplan includes the expansion of residential and tourist zones in several villages, an extension of the craft zone in Drousia and the livestock zone in Neo Chorio and Inia. A new quarry area is defined in Androlikou, where there is already an extensive quarry, a move protested by environmental NGO Birdlife Cyprus, who argued that a new quarry is both unnecessary and goes against the sustainable development angle of the project.

BirdLife has launched an email campaign seeking answers from Agriculture Minister Costas Kadis, who also holds the environment portfolio, and Interior Minister Nicos Nouris. “The development projects that are being proposed on Akamas will increase pressure on the sensitive species and habitats of the area, will undermine sustainable development and completely change the area’s character,” the NGO said.

Charalampos Theopemptou, MP and head of the Greens told the Cyprus Mail that the plan does not need to go through parliament, meaning that “in theory, its implementation can begin, provided there’s enough money”. The Greens unsuccessfully tried to block the money during a vote for the state budget.

Theopemptou explained that allowing any kind of development in the area, like the proposed service points and refreshment areas, will be a slippery slope to further development. “Installing utilities, like water and electricity, will pave the way for more” he said, also raising the issue of farms that will be open to visitors – which could probably be turned into small hotels.

There is also the issue of illegal businesses operating on protected beaches, which came to the spotlight in July after complaints about a makeshift beach bar operating on Polis-Gialia beach. Theopemptou said the Paphos administration was not handling the issue as quickly as it should, even though it had claimed it would be moving in to shut down such establishments as soon as possible.

Inia’s requests for three controlled development zones on privately owned land were rejected, with a second environmental impact assessment ruling the proposed development of educational, medical and tourist facilities as dangerous to the local environment.

“We are not against the national forest park plan going through,” Tsivikos said, adding that it’s the local plan that residents are objecting to. “We are constantly met with obstacles under the pretext of environmental conservation, but we just want to be able to improve our quality of life,” he said.

“As a community we have been the most affected by the indecision of the government for the past 32 years. We do not accept the plans on the table and will continue objecting,” Tsivikos said.

Living with our planet: moving towards a sustainable way of life