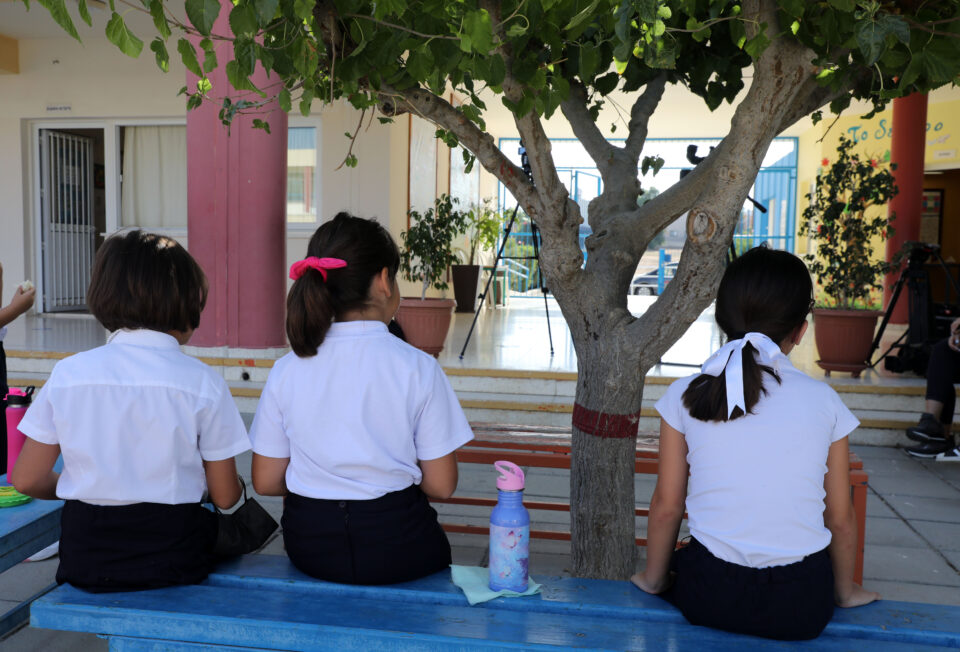 The kids started school this month and I joined a wave of other parents feeling very emotional waving them goodbye on their first day as they kissed me goodbye at the school gate.

My son called to be from the door: “Bye-bye, Mama.” His voice sounded slightly apprehensive. Like he was trying to be brave. I felt my chest tighten slightly.

This was a new chapter in their lives. In all our lives.

For six years I’ve lived and breathed Katerina and Leonida. First, they were in my belly, and I did everything I could to ensure I had a healthy pregnancy from giving up caffeine to exercising daily.

Then, when they were born, it was all about them. I wanted to be fully present and to parent them consciously. I knew I’d make mistakes, enough people told me I would, but I wanted to try and be as there for them as much as I could.

I guess I lost part of myself during that time. I became Katerina and Leonidas’ mother as opposed to Alexia virtually overnight. Over time I started to figure out how things worked in my role as a parent, and this version of myself started to make sense to me.

As they got a bit older, however, that familiar feeling of discomfort raised its head once more when people asked me what I did for a living. Although I loved being a full-time mum, I often found myself feeling “less than” other mums – less capable, less worthy, less ambitious, even, less sexy. Just less.

But, when I am with my children I never feel less. I feel like I am exactly where I am supposed to be and who I am supposed to be. I am their mother and I love them. No matter what. And there wasn’t anything else in the world I wanted to do or be.

Now though, it was time for them to transition to school and I was scared. Not just for them, but also for me. Would I be able to show up and be the parent they needed me to be? Would I be good enough? Or would I be less than?

The experience of starting school invariably brought up a lot of my own childhood issues. I thought I’d made peace with the bullying and feelings of not being good enough, but it would appear not fully.

On the first day of school my son asked: “What if the other kids don’t like me?”

And, my daughter wanted to know if the other kids would be mean to her and hide her things.

I hugged them tightly. I’d been there. I’d experienced kids not liking me and kids being mean to me. And it sucked. Especially as it took me a very long time to figure out that it hadn’t been personal and that there had never been anything wrong with me. But at the time, it hurt. A lot. Especially when I just wanted to fit in and be liked and accepted by my peers.

Kids are often hurting and afraid and so they lash out because they don’t know how to handle their feelings. And, sometimes kids don’t even realise they are hurting you or being mean. They are just curious or having fun and don’t always know that they’ve caused upset.

My husband told them to be themselves. Sound advice. But advice that I hated hearing when I was a kid. Advice I still find a challenge when I’m meeting new people. What if myself isn’t good enough, whispers a little voice inside my head? What if they don’t like you? What if you get it wrong?

It’s hard to be a little person but it’s also hard to be a big person. None of us really have it figured out. Some people are just better than others at pretending they do. And then there are others who are better at accepting and loving themselves.

Some people think I’ve changed since having children. I’d say I’ve expanded. And by that, I mean I’m more than the person I used to be. I guess this new chapter is another opportunity for growth. Another opportunity to expand some more.

My kids are still trying to figure out their place in school and to get their heads around the dos and don’ts, and I am too. We are all meeting and interacting with different people daily from teachers and parents to other kids. Some days are easier than others, but overall, it’s an experience we’ve embraced and are learning a lot about ourselves from.

A networking event for creative women

Lava blasts out of new vent on La Palma volcano