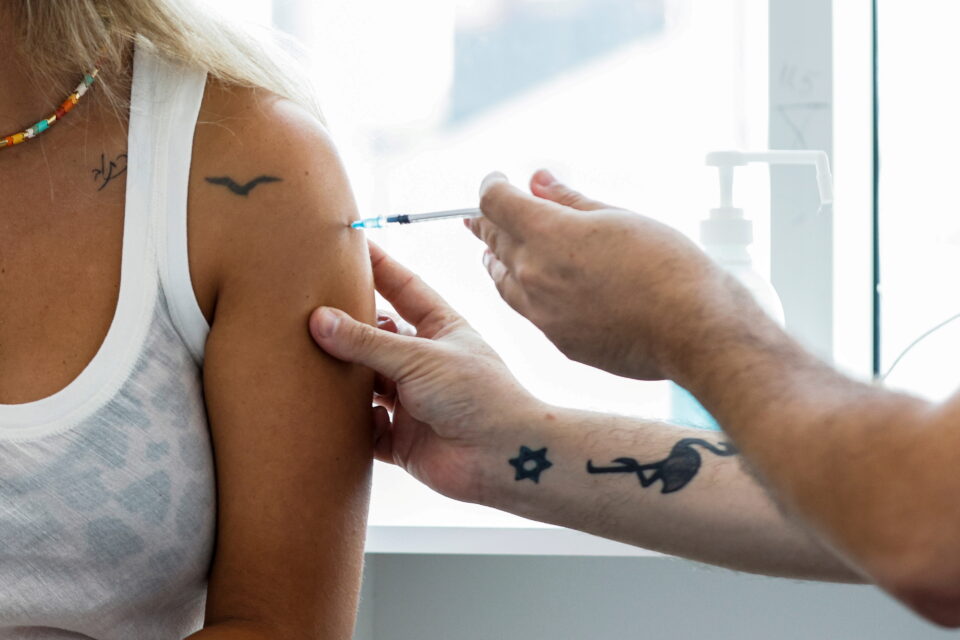 Israel’s Health Ministry has identified fewer than 10 cases of heart inflammation following a third dose of the Pfizer/BioNtech vaccine among millions administered, according to recently released data.

Israel began administering boosters to risk groups in July and by the end of August expanded its campaign to include anyone above the age of 12, five months or more after a second dose.

Having kicked off its rapid vaccination drive relatively early, in December, Israel was one of the first countries to report that the vaccine’s protection diminished with time, and has since deemed its booster campaign safe and effective.

The booster drive is being watched closely in the United States, where third Pfizer shots have been rolled out for those 65 and older, all people at high risk of severe disease, and others who are regularly exposed to the virus.

In data published late on Thursday, the Health Ministry reported nine cases of myocarditis within four age groups that comprised more than 1.5 million people who had received a booster shot.

All were male, three were between the ages of 16 and 29 and six were in the 30-59 group. Eight more possible cases were still being reviewed. Most myocarditis cases are generally mild, the ministry said.

In total, out of all 3.2 million Israelis who have received a third jab, 25 reported serious adverse events that appeared within 30 days of the shot, including myocarditis, though a causal link had yet to be established among many of them.

Employing a “living with COVID” strategy, the government is hoping that the boosters, so far administered to around a third of the 9.3 million population, will fend off an outbreak of the Delta variant while the economy is kept open.

Since Delta began spreading in June, the government has reimposed indoor mask wearing and Israelis require a Green Pass – a digital document that confirms full immunisation, including a third shot, or recovery from the illness – to enter most places of leisure. Teachers must either be vaccinated or get tested in order to enter schools.

The number of COVID-19 patients hospitalised in serious condition has been dropping in recent days, as has the number of confirmed daily cases, which now stand at around 4,000, compared with around 8,000 a month ago.

But experts are concerned that, with schools reopening this week after the Jewish high holiday season, illness will shoot up again. They have urged the government to take more steps to rein in infections, such as limiting large crowds, and not to rely on boosters alone.

Health Minister in 10km run to raise funds for Pasykaf