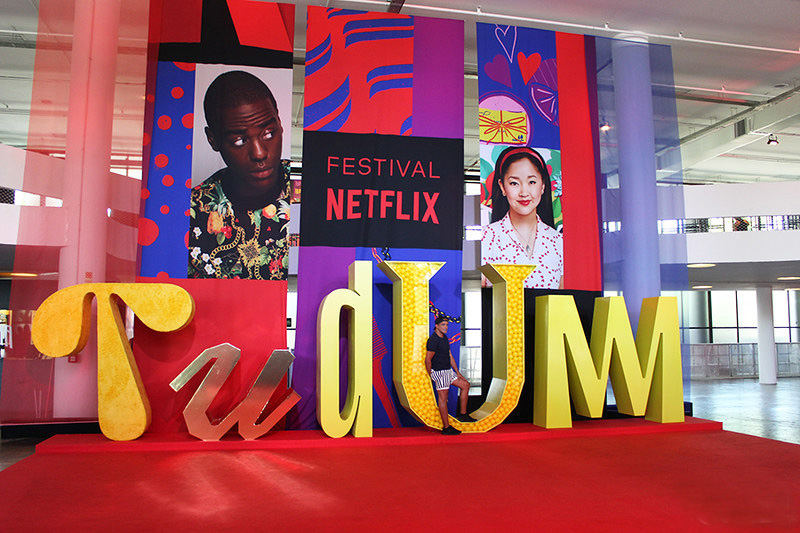 In a three hour fanfest this week the streaming platform outlined what we have to look forward to. CONSTANTINOS PSILLIDES selects the most exciting

Streaming behemoth Netflix is fresh out of the pandemic hiatus and launched its first ever showcase of upcoming films and series the platform has lined up for the future. During a 3-hour fandom lovefest streamed on YouTube, with special appearances from stars (over 145 celebrities joined in), Netflix showed what’s coming next. Here are our top picks

This has a special place in my heart. Growing up, Cowboy Bebop was the first time I was ever exposed to anime, the Japanese version of cartoon. Far more brutal and adult oriented, Cowboy Bebop is a space opera set in the distant future, telling the story of a group of bounty hunters led by jazz loving bad boy, Spike Spiegel, played in the live action adaptation by John Cho. Anime fans rejoiced once Netflix announced a live-action adaptation of the beloved franchise and during Netflix’s TUDUM the streaming service released the series opening credits. A shot-for-shot remake of the original credits using the same soundtrack got raving reviews.

After a sweeping victory at this year’s Emmys, Netflix showed a short message from actress Imelda Staunton, who plays Queen Elizabeth in the two final seasons of the show. Season 5 of the much-acclaimed show, the penultimate season as series creators have already stated that the show will last six seasons, will drop next year but everyone was excited to see Staunton (who you might remember as the universally hated Dolores Umbridge in the Harry Potter series) take up the mantle of the later years of the Queen. The 5th is much anticipated as fans believe that this is the season that will cover Princess Diana’s untimely death.

After the success of Good Omens on Amazon Prime Video, studios have been scrambling to get their hands on other works by celebrated author Neil Gaiman but it was Netflix who finally acquired the rights to his magnum opus, the adventures of the god of sleep Morpheus, as portrayed in the graphic novels The Sandman.

Considered by many as “unfilmable” due to the graphic novel’s narrative, long running epic stories that were cut by many one-shots The Sandman project was considered by many studios, including HBO, before Netflix picked it up. Starring Tom Sturridge as Morpheus and Gwendoline Christie (Game of Thrones) as Lucifer Morningstar, Netflix’s The Sandman will tell the story of the first volumes of the graphic novel, when Morpheus was imprisoned against his will by the occultist Roderick Burgess (played by Charles Dance), and the ramifications his long absence had on the world.

The Sandman is expected to premiere within 2021

Good news for the fans of the White Wolf, as Netflix announced a third season renewal before the second season even dropped. The streaming platform appears to put much faith into the series starring Henry Cavil, having already produced an anime companion movie and even an online Witcher Con. And if that wasn’t enough, Netflix has already ordered a spin-off series named The Witcher: Blood Origin that will deal with the creation of the first ever witcher.

There was a host of other announcements. The final season of Jason Bateman’s The Ozark, trailers for the second season of Bridgerton and Emily in Paris, a second season of the absolutely insane documentary The Tiger King, the fourth season of Stranger Things as well as sequels to a number of movies such as Extraction (starring Chris Hemsworth) and Enola Holmes (starring Millie Bobby Brown).