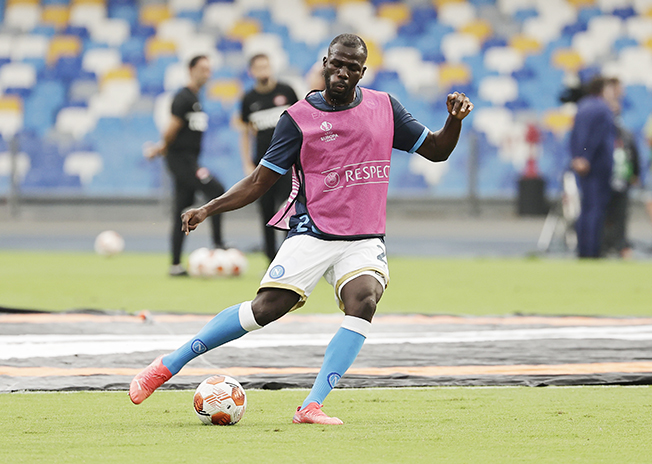 Napoli defender Kalidou Koulibaly, who is black, said he was abused by Fiorentina fans

Juventus defender Giorgio Chiellini said he was ashamed “as an Italian” by the racist abuse directed at Napoli players by Fiorentina fans on Sunday.

Napoli defender Kalidou Koulibaly, who is black, said he was abused by Fiorentina fans, while the Gazzetta dello Sport reported his team mates Victor Osimhen and Andre-Frank Zambo Anguissa were also targeted after their 2-1 win.

Napoli retweeted Nigerian Osimhen’s statement on the abuse while Fiorentina condemned the incident.

Chiellini, speaking to reporters ahead of Italy’s game against Spain on Wednesday, said the abuse was “unacceptable”.

“We need laws and rules that are applied, this is the most important thing,” he said.

“I was ashamed, as an Italian and a Tuscan, also because Italy is not a racist country for me.

“Something more must be done, otherwise from outside we give a bad image of ourselves.”

Italian football has been plagued by racism.

Last month, prosecutors opened an investigation into allegations of racist chanting by Lazio supporters directed at AC Milan midfielders Tiemoue Bakayoko and Franck Kessie, while Juventus issued an apology after their women’s team account tweeted a picture containing a racist gesture in August.