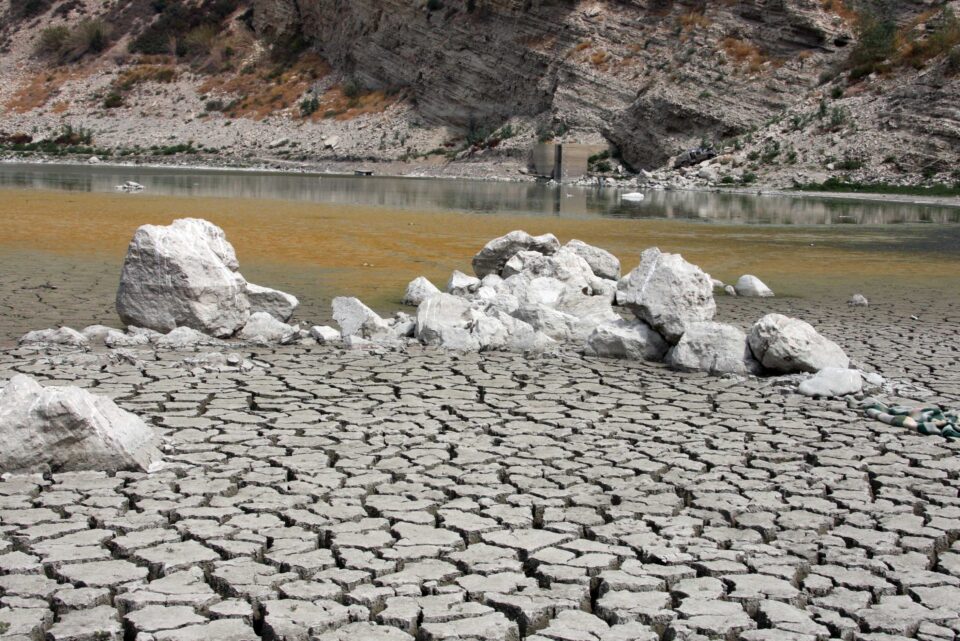 Yermasoyia reservoir pictured during a drought back in 2008

Proposals on Cyprus’ initiative for the need for regional action on climate change will be discussed at the second international climate conference in the Eastern Mediterranean and Middle East to be held next week in Paphos, it was announced on Wednesday.

The conference, organised by the Cyprus Institute on October 13 and 14 at Aphrodite Hills, will address the climate challenges and needs of the Eastern Mediterranean and Middle East (Emme) and advance regional mitigation actions in accordance with the Paris Agreement.

“Climate change is the biggest challenge of the 21st century,” Agriculture Minister Costas Kadis said at the press conference to announce the conference programme.

“In fact, its effects are expected to be particularly strong in Cyprus and the wider region of the Eastern Mediterranean and the Middle East.”

Kadis said it was in this context that the government is coordinating the initiative for the development of a joint regional action plan for climate change.

The scientific actions of the initiative concerning the drafting of conclusions for tackling climate change and implementing the Paris Agreement in the Emme region, will be presented and discussed at the conference.

According to chairman of the Cyprus Institute and advisor to the president on climate change, professor Costas Papanicolas more than 250 scientists and experts mainly from the Emme region, have in the last 24 months contributed to the creation of proposals for tackling climate change.

“The need to plan and implement immediate actions to address the climate crisis has become imperative,” Papanicolas said. “Cyprus in particular, and the wider region of the Eastern Mediterranean and the Middle East, have been identified as highly sensitive regions, and are expected to be affected more and more strongly than other parts of the world.”

Deputy Minister for Research Kyriacos Kokkinos said the government remained fully committed to achieving the objectives of the initiative and recognises that science, innovation, and the development and promotion of innovative technologies are catalytic in finding, developing and delivering timely and effective solutions to address great challenges faced by humanity.

Cyprus’ Eastern Mediterranean & Middle East Climate Change Initiative (EMME-CCI) was announced after the first international conference in 2018 that was focused on the decarbonisation of the energy sector in the Mediterranean and Middle East.

For more information on the conference: climatechange2021.org