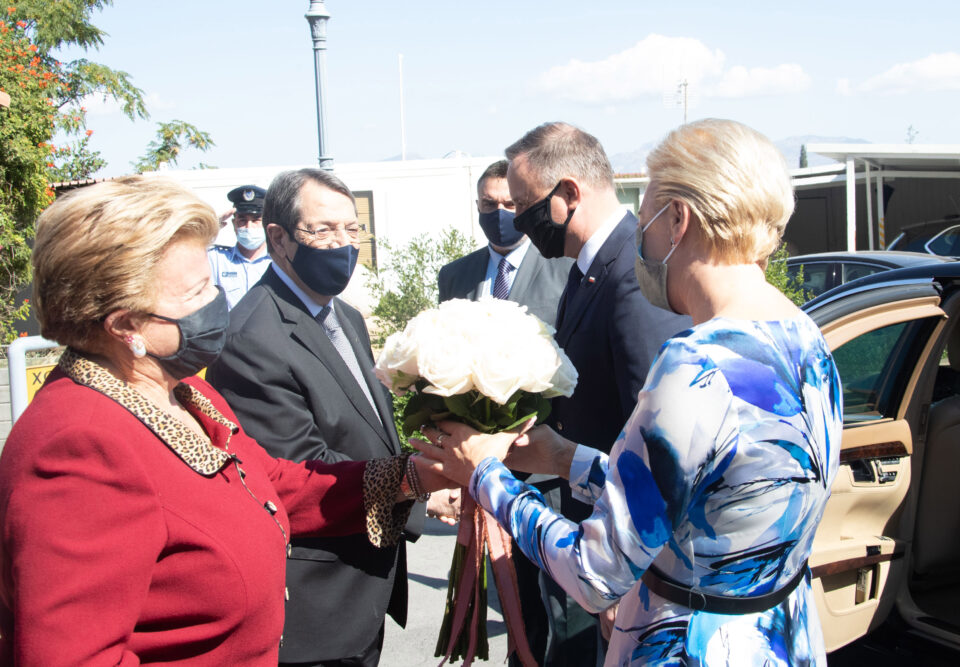 Nicosia and Warsaw on Thursday signed a number of memorandums of understanding (MoUs) for cooperation in various fields, during the first day of an official visit here of Polish President Andrzej Duda.

Following a tete-a-tete between the two heads of state, and talks between their respective government delegations, President Nicos Anastasiades and Duda spoke of an “historic visit” coinciding with the 60th anniversary of diplomatic ties between the two nations.

In his own remarks during a joint press conference, Duda said Cyprus can count on Poland’s support when it comes to the island’s political problem.

Noting that his country maintains friendly relations with both Greece and Turkey, Duda added however that “international law must be respected.”

The Polish leader also spoke about the migratory challenges Cyprus faces, and said that his country can “understand very well what this means.” He referred to the situation in his own country, saying Belarusian authorities are pushing migrants towards the Polish side of the border, while underlining that this behaviour is “irresponsible” and contrary to international law.

Duda extended an invitation to Anastasiades to visit Poland and said he hoped to see tourism between the two countries grow further in the future.

For his part, Anastasiades cited Turkey’s latest activities, in particular the Turkish navy’s harassment of a research vessel working on the EastMed pipeline project.

He noted that this activity is detrimental to the European Union’s strategic and financial interests and “undermines once more regional peace and stability in the eastern Mediterranean.”

Upon arrival in Cyprus, the Polish president laid a wreath at the statue of Archbishop Makarios III.

In the evening Duda was scheduled to pay a visit to Unficyp, and later he and his spouse attended a formal dinner in their honour hosted by Anastasiades and the First Lady.

On Friday the Polish leader will meet with the President of the House of Representatives, Annita Demetriou, and Archbishop Chrysostomos II of Cyprus.

His itinerary includes a visit to Paphos.