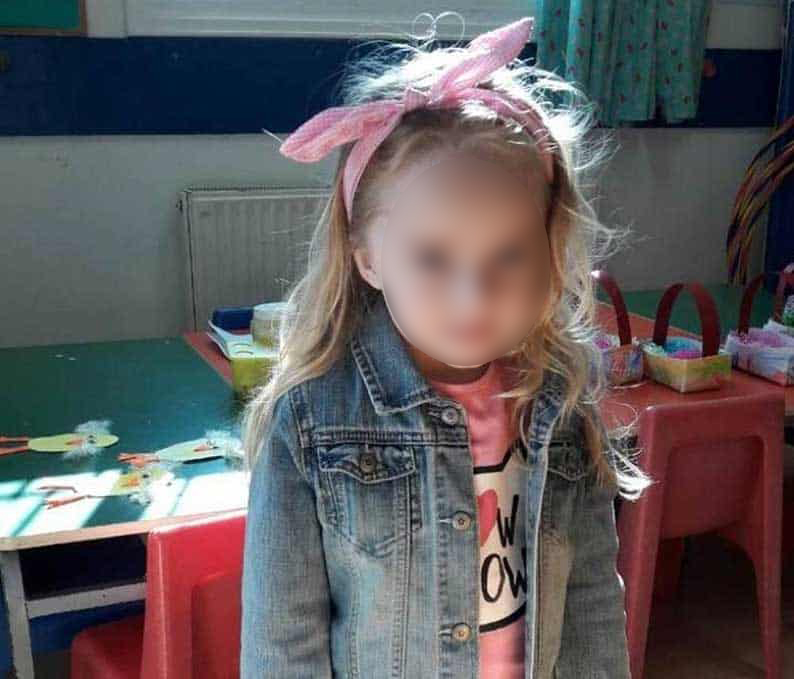 The girl’s abduction by her father, Norwegian national Torkel Grimsrud, in April 2017 had mobilised the whole island into looking for the child with fliers with her photo in shops and restaurants

Lawyers in Cyprus expressed bewilderment on Thursday over a Norwegian court’s acquittal of a man who had abducted his four-year-old daughter in 2017 outside her kindergarten in Nicosia on the grounds that his former partner, a Cypriot national, had lied to authorities to get custody of their child.

The girl’s abduction by her father, Norwegian national Torkel Grimsrud, in April 2017 had mobilised the whole island into looking for the child with fliers with her photo in shops and restaurants.

The four-year-old had been taken by her father, then 49, to Norway but was finally returned to the island in October 2017, after Grimsrud surrendered to police following lengthy negotiations. Grimsrud was charged with kidnapping offences.

The trial took place last week in Norway’s Halden district, with the court also raising questions on the role of the Cypriot authorities.

According to daily Politis, the court ruled that Grimsrud should be acquitted beyond reasonable doubt, citing, among other factors, that the mother and her lawyer had lied to convince a Cypriot court to grant her custody.

According to the ruling, the mother and her lawyer had told the court in Cyprus that she and the child were on the island at a time when they were in fact living in Norway. Testimonies and evidence presented before the Norwegian court prove that the child was attending a kindergarten in Norway in 2015 when the mother later claimed they had been in Cyprus.

The ruling also referred to false testimonies and other made-up information aimed to convince the Cypriot court the girl was going to a kindergarten in Cyprus and was living with her mother on the island.

Larry Vrahimis, the mother’s lawyer, told the Cyprus News Agency the court ruling was “an insult” to Norway’s criminal justice system. He added that the issues raised in this case have been examined and decided seven times by other courts in Norway, noting that in these decisions the mother had been vindicated.

He said the issue of custody was decided by the Cypriot Court after the Norwegian courts ruled it was the one with the jurisdiction to deal with the matter, precisely because they had rejected the father’s allegations.

“All the outrageous allegations made by the father at the criminal court were examined in detail by both the Norwegian and Cypriot courts and were rejected,” Vrahimis said, noting that in those proceedings the mother had the opportunity to present and explain the case through her lawyers and for this reason her position was accepted, “because it corresponds to reality.”

According to Vrahimis, with this latest decision, the father simply avoided criminal punishment for his illegal act of kidnapping the child and hiding her. He said the mother was a witness in the procedure and had no control over it compared with the other cases tried in Norway and which she had won.

As can be seen from the court decision, he said, after the father presented his allegations, the prosecutor decided to terminate the proceedings and not present the evidence that refuted these allegations, as a result of which the court accepted what the father said.

Vrahimis also questioned the fact that the court found that the mother was a permanent resident of Norway and that she was working there, arguing that there are full records proving the woman, who is an employee in the wider public sector, lives and works in Cyprus, as she daily clocks in and out.

He added that the child is in Cyprus based on the decision of a Cypriot court and that the appeal court had adopted the first instance court’s decision. This decision, he added, was ratified by Norway’s Supreme Court while the father had filed another case in his country which had the same outcome as the first one.

According to last week’s Norwegian court decision, the mother took the child and left Norway in November 2015 without notifying the father, who found out later she had driven his car to Sweden and from there she travelled to Cyprus with their daughter.

The court also found that the father had no idea a Cypriot court had granted the mother temporary sole custody the same day the child went missing in Norway, nor that she had started proceedings for an international arrest warrant against him in October of that year.

The Norwegian court also found that the father had not been informed of the start of a legal process for child custody, so he was deprived of the right to be present in court and state any objection to the mother’s request for custody.

Vrahimis said regarding the Cypriot custody process, that the petitions were served with difficulty to the father, who was avoiding being served. The father later filed an objection to the order of return of the child to Cyprus, “which was correctly initially issued unilaterally, and then the court, after hearing both sides ratified the decree,” Vrahimis said. Then, he added, the father’s lawyer withdrew, and the father chose not to participate in the proceedings and thus a final decision was rendered in his absence, “just as should be done in cases where a party who is notified of a proceeding chooses not to appear.”

According to the ruling, Grimsrud has not seen his daughter since October 2017 after he handed himself over to the authorities. Due to the international arrest warrant issued against him, he did not come to Cyprus because he was facing the risk of arrest.

The ruling also referred to the child, who, it said, must not grow up with a wrong and unjustified perception that her father is a dangerous man with an international arrest warrant against him. The court called for the child to re-establish contact and interaction with the father.

But the court also raised questions on the role of the Cypriot authorities, the police and courts, in this case citing lack of cooperation with the Norwegian justice ministry and Cyprus’ rejection of the father’s request for his daughter to be returned to her country of permanent residence. It said Cypriot authorities did not act when the father reported the case to them, arguing that they should have dealt with the abduction of the child regardless of the Norwegian courts’ view of jurisdiction.

In the meantime, five people arrested in 2017 on suspicion of assisting Grimsrud in the kidnapping, are still under trial at the Nicosia criminal court.

The mother’s family had said after the abduction the father had never legally requested contact with the child in the custody disputes but was always bent on taking her illegally.

They had said that the mother returned to Cyprus two months after the baby was born and had been living on the island since while the father had been visiting them several times per year. They also said Grimsrud withheld his wife’s and his daughter’s passports forbidding them to leave the country when they last visited him in October 2015 for four days, at his request, to celebrate his birthday and visit a theme park.

England’s Isle of Wight was Isle of Fright, with two big dinosaur predators