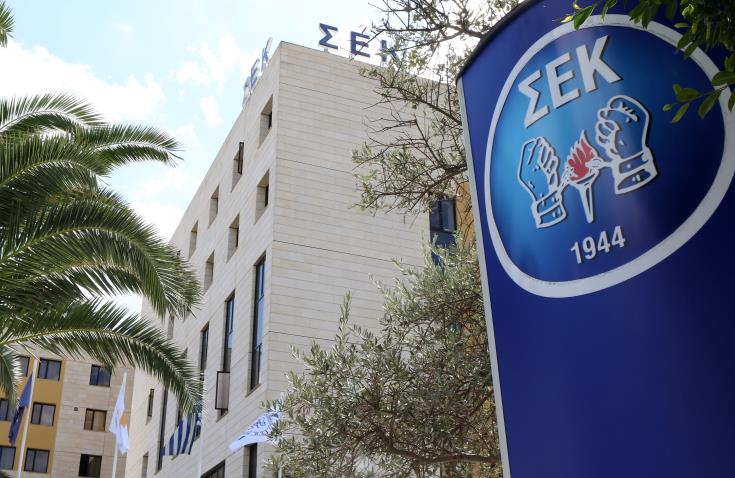 One of the policy objectives over the next four years, approved by the 29th congress of the Sek trade unions federation, which was completed on Thursday, was the “full restoration of the automatic indexing of wages”, better known as the cost of living allowance (CoLA).

This unorthodox and harmful economic measure, which existed only in Cyprus, was scrapped during the economic meltdown of 2013, and re-introduced some five years later in a modified form. Before it was scrapped it provided for the adjustment of wages in line with the cost of living index every six months (January and July) the percentage calculated via a complicated formula known only to unions and employers’ organisations.

When the economy recovered, after a few years, and the unions demanded its re-introduction, a new formula for calculating it was agreed and it was decided it would be incorporated in wages once a year only. The new formula ensured there was an almost negligible impact on wages, something helped by an extended period of stable prices, but agreeing to its return, even in modified form, was a mistake, because it is now on the agenda.

Not surprisingly, Sek is now demanding its full restoration and the other big union federation, Peo is certain to do the same, if it has not already done so. Sek has remembered CoLA at a time when inflation is rising and will carry on doing so because of soaring energy costs and increasing prices of raw materials. Τhe inflation rate in September 4.1 per cent and although lower than August’s which was at 5 per cent, the trend is upward.

All that the full restoration of CoLA would achieve is accelerate the inflation rate, something union leaders refuse to accept. Their stand is not based on any economic rationale, but simply that it is a worker’s conquest that helps maintain their purchasing power. And the government is expected to endorse this measure, which respected economists all argue is harmful to an economy – this is why the scheme was scrapped years ago in the countries that were implementing it.

There is no need for any complex econometric model to explain the harm it does. When there is inflation, automatic indexing of wages, fuels the rising prices, often decreasing rather than maintaining the purchasing power of wages while also eroding the economy’s competitiveness. Falling competitiveness, caused by high wages, has a direct impact on growth and job creation.

It is quite incredible that nobody is willing to say ‘no’ to the unions about a measure that causes only harm to the economy in the medium term, including the workers it is supposed to protect. The time has come for the government to take a firm stand – no consensual arrangements – against CoLA.