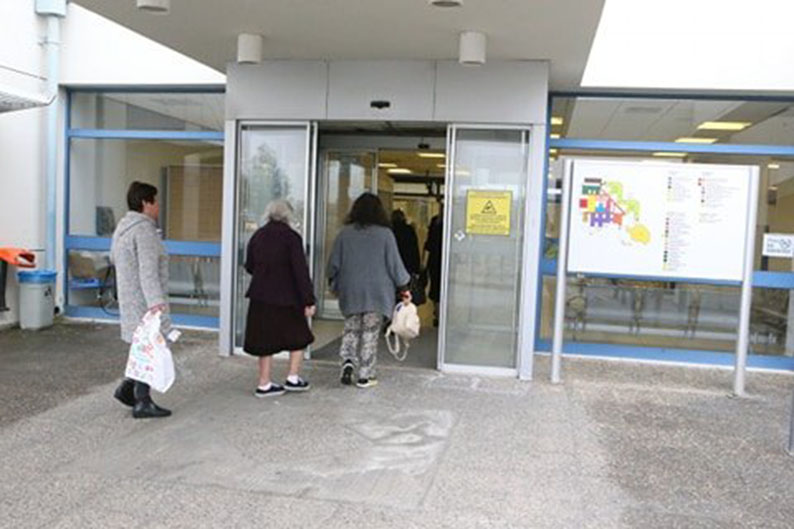 One of the main fiscal dangers to the economy next year, according to the ministry of finance is posed by Gesy, the national health scheme, which could incur excessive costs for the state by its ‘disorderly’ management. The ministry’s technocrats were probably aware that Gesy was absorbing much bigger amounts of money than had been forecast when they prepared their report on fiscal dangers. Finance minister Constantinos Petrides also, recently, warned about the danger of health spending veering out of control.

It appears it already has. Total health spending for 2021 is expected to be 50 per cent higher than had originally been forecast, reaching €1.8 billion, according to one report. The Health Insurance Organisation (HIO) that manages the Gesy payments, was considering demanding a bigger contribution from the state to cover its rising expenses but the finance ministry, reportedly, will not entertain the idea. Then again if the scheme is strapped for cash and the HIO is unable to make payments, will the government allow it to collapse and leave everyone without healthcare?

The big problem is that the government, with the full support of the political parties, has allowed Gesy to be turned into a cash cow that is being milked dry by the health sector professionals, both in the private and the public sectors. They all have the same purpose – to make as much money out of Gesy as possible, regardless of the fact their greed would render the scheme unviable and shatter public finances in the process. Relying on the honesty and ethical standards of the doctors and owners of clinics and medical facilities is turning out to be a horrendous miscalculation by the HIO.

The HIO, because of the assumption of honesty or through glaring oversight, failed to subject the claims of doctors and private hospitals to rigorous checks and controls, with the result that countless false claims were being approved (we very occasionally hear about the false claims like the doctor applying for payment for an operation she did not perform). Private hospitals, meanwhile, carried out unnecessary operations on people, because they would receive the maximum daily rate for a bed for an operated patient; they also refused to admit patients who could be treated with medication because the daily rate for the bed was too low.

In fact, the whole system seems to have been built to fail financially based on the assumption there are unlimited funds. Personal doctors, or GPs, were paid obscene amounts of money – up to €200,000 a year – which led to public hospital doctors demanding higher pay and threatening to strike if they were not satisfied. Okypy, which is in charge of the public hospitals, gave them big pay rises and also hired a couple of hundred nurses to boost its operating costs. Now, it has offered government doctors even more money to work after 3pm which is when their working day is over by union decree. It has to pay doctors extra, not to work longer hours, but to get them to work after 3pm.

Nobody has questioned the tendency to keep raising the costs of Gesy. Nobody gives a thought to the economics of the health scheme, not even the health minister, who has given an ultimatum to Okypy to put the hospital A&E departments in order so people are not made to wait for hours to be seen. This can be addressed, to an extent, by hiring even more doctors and nurses or getting more of the existing staff to work at A&E and paying them overtime rates.

Everyone seems to ignore the economics of a free healthcare system – because it is a free service demand will always be far greater than supply and the consequences of this are long waiting lists and delays for patients. The Patients Association is now also protesting because of the long waiting lists for specialists at hospitals, and is demanding doctors work in the afternoons. The answer? Put more money into Gesy.

The government has a big share of the blame for cultivating this sense of entitlement among the users of Gesy, because it has never explained that resources are limited and have to be managed sensibly if the scheme is to be sustainable. Instead, the government has encouraged everyone to think they will receive medical attention as soon as they demand it and has been spending money, as if there are inexhaustible reserves. On Monday, President Anastasiades is scheduled to see the Okypy top brass to demand they sort out the problems at hospitals. The narrative of the government is all problems are attributable to Okypy which is not managing hospitals properly. Can anyone run public hospitals properly when they are subject to restrictive union practices, staff constantly making money demands and threatening strikes?

In the end, the Gesy cash cow will be such a drain on public finances that no government will be able to keep it going. It is an imperative that the soaring costs of the scheme are brought under control, even if this causes doctors and patients to protest, because otherwise Gesy will not have a future. It is better to have an imperfect healthcare system that is viable than a perfect one that is unsustainable and will collapse.

Tales from the Coffeeshop: The oldest trick in the presidential book