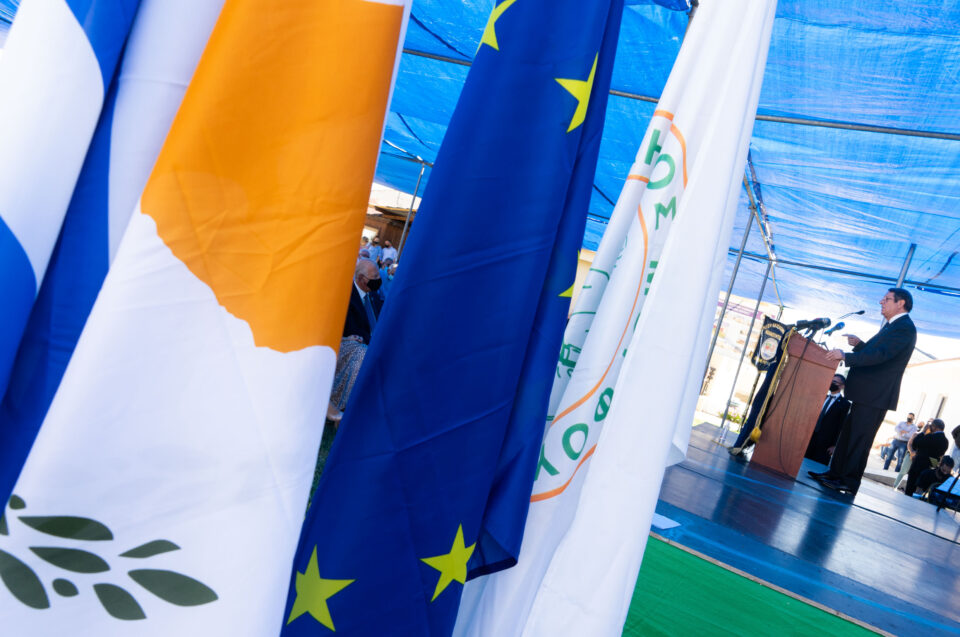 President Nicos Anastasiades said on Sunday that despite pressure the Turkish demand to recognise the occupied areas so talks on solving the Cyprus problem can resume cannot be met.

Speaking at the anti occupation rally organised by the municipality of Morphou, the president stressed that political equality cannot be used to create political inequality.

He said that everyone should be aware that if the Turkish demands are accepted, Cyprus would become a protectorate of Turkey, adding that he will never accept such a thing.

The reason the talks in 2017 in Crans Montana failed, Anastasiades said, was because of the insistence by Turkish Foreign Minister Mevlut Cavusoglou that the occupying army would stay in place along with the anachronistic system of guarantees for 15 years, or 10 if we are well behaved, and with a date for revaluation at that.

That is, Anastasiades continued, if the two parties did not agree, the guarantees would continue, as well as the permanent stay of the occupying army.

Anastasiades also said that during the last meeting held with the UN secretary general in New York last month it was agreed that a new Special Representative for Cyprus would be appointed.

The president pointed out there was nothing the Greek Cypriot side has not done to meet the concerns of the Turkish Cypriots. He stressed that the goal of his proposal for a return to the status of the 1960 constitution was not the return to the unified state but the evolution of the Republic of Cyprus.In a message read out at the same event Greek president Katerina Sakellaropoullou said Greece is firmly seeking the resumption of negotiations on the basis of the decisions of the United Nations Security Council.

Mayor of Morphou Victor Hadjiavraam said that after 47 years no more refugees should have to die without being allowed home.

After the speeches, the people of Morphou marched to the Astromeritis checkpoint and handed a resolution to an Unficyp representative.

Volcanoes, tsunamis and risk, how worried should we be?