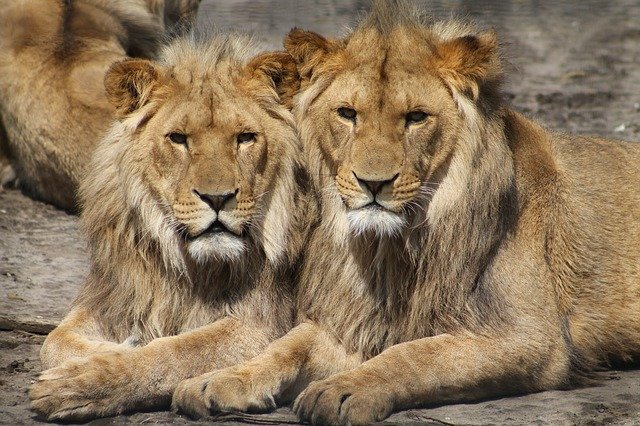 Ever wondered how true these nature documentaries are?

After watching a fascinating feature about the big cats found in the African wild, I found myself mulling over that question.

‘Maybe some of this stuff is made up,’ I mumbled to my friend Kostas.

Kostas had come by for dinner. While sipping on some post-dinner brandy sours, we idly watched the lions of the Maasai Mara have what seemed to be a typical day.

Apart from the multitudes of different animals the Maasai Mara seemed to have, what struck me as even more unbelievable was the sheer sizes of some of these beasts.

While I love travelling, I have never been to Africa. Most of my travel is usually connected to business and keeps me pretty much confined to Europe.

‘You could go and check it out yourself,’ Kostas said.

‘If you organise it, I will even accompany you,’ he added.

I suspected the brandy may have loosened him up a bit as Kostas was not the kind of person to make such spontaneous suggestions.

What began as a dare soon saw me researching affordable travel to the Mara and how to get there. Before we knew it, we were on a flight heading to Kenya.

Our three-day Maasai Mara safari turned out to be the best vacation I’ve had so far. Here are some planning lessons I learnt along the way:

From my research, I learnt that we could either rely on a travel agent to help us plan our safari or plan the whole thing ourselves and do a self-guided tour.

Since we were both novices on all matters safari, we opted to rely on the expertise of a professional Kenyan tour company.

And we soon realised, we couldn’t have made a better choice. The company we picked was affordable and flexible and structured a customised three-day Maasai Mara tour package with our preferences in mind.

Also, James, our tour director, gave us multilingual, native, and knowledgeable safari guides who opened our eyes to a whole other world.

He also explained to us the difference between using a safari van (Toyota Hiace or Mazda bongo customised for game viewing) and Toyota Land cruiser for game drives.

The Land Cruiser costs much more, but it allows you to access rough parts of the park that a  safari van cannot. It is also more cozy compared to a safari van, and the best way to do game drives if budget is not a limit.

Of self-drive three-day Masai Mara safari, the best vehicles to use are off-road options such as the Jeep Wrangler, the Land Rover Defender, Toyota 4Runner, Ford Ranger, and more.

When picking a tour agent, take time to look at their website. Do they have offices? What do their past clients have to say about them?

In our case, the agency gave us a free video consultation upfront and was keen to learn what kind of safari experience we wanted.

For us, having a say in what our itinerary contained was a big deal because, as I mentioned earlier, Kostas is very particular.

The next thing we had to figure out was the attractions we wanted to visit.

As we quickly learned, Kenya has an abundance of wildlife. With 24 national parks, 15 national reserves, and plenty of private conservancies, there are a whole lot of places in Kenya that you can go and see animals in the wild.

The country has six marine parks and numerous historical sites as well.

We planned on travelling in December and wanted to focus on wildlife.

With that in mind, James recommended that we sample one of nature’s most thrilling spectacles – the annual wildebeest migration in the Maasai Mara.

The event is so phenomenal that it has been christened the 8th wonder of the modern world.

It is a dramatic affair where over two million animals thunderously cross the Mara River in a continuous cyclical fashion.

Known as the largest overland animal migration on earth, the animals cover 3,000 kilometres moving from the Serengeti in Tanzania to Kenya’s Maasai Mara in search of food.

The mass exodus features over 200,000 herbivores flanked by predators such as the African lion, leopards, hyenas, jackals, vultures, and of course, the crocodiles in the Mara River.

You can learn more about the annual wildebeest migration here.

We could not wait to witness this migration and the various animals in the Mara, including the Big Five.

With our input, the agency devised a tailored itinerary based on when we wanted to travel, what we wished to do and how long we would be in Kenya.

Ours was a three-day Masai Mara safari from Nairobi, and the itinerary was promptly sent to us within a day for our approval. Satisfied with its details, we agreed to the costs as well, having been told exactly what would be covered.

On the day of departure, we left Larnaca at 5pm aboard an Emirates flight and arrived in Nairobi at 6.15 am the next day.

We were happy to find that the travel agency had dispatched a driver whom we found waiting for us at the airport. After a hearty breakfast, we freshened up and rested a bit.

Later that afternoon, we began our three-day Masai Mara safari itinerary by taking a road trip to the Mara. On the way, we enjoyed fantastic views of the Great Rift Valley.

The Maasai Mara safari packages that our agent offered included all park fees, transportation within Kenya, and accommodation.

The only bit we had to cater for were tips for anyone we may have wished to tip along the way.

Kenya is relatively warm most of the year, and having travelled in December when the heat is at its peak, we did not need to carry bulky clothes.

However, the agent advised us to pack tan coloured clothes for the Mara, as they blend with the savannah environment and do not intimidate the animals.

We also had to receive yellow fever vaccination before travel and carry the vaccination certificates, as they are required at all ports of entry into the country.