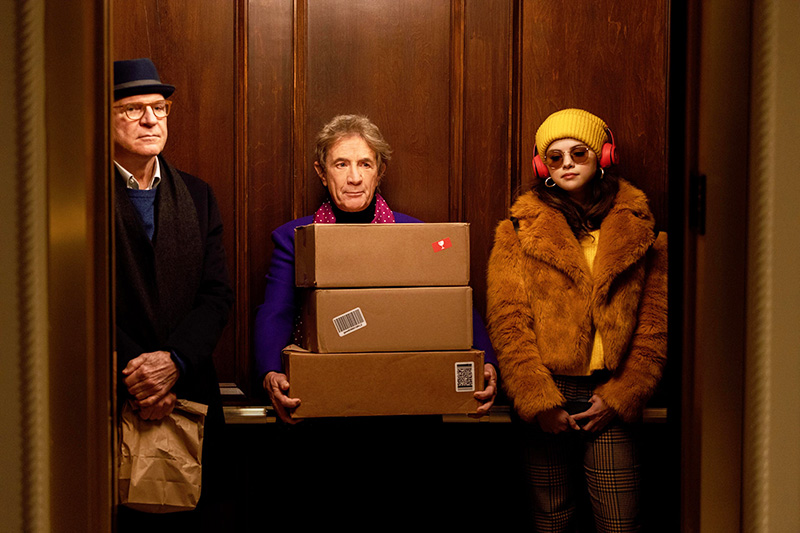 After a mysterious death rocks their swanky Upper West Side apartment building, three strangers band together to launch their own investigation when they discover they share an obsession for the same true crime podcast – which they think makes them the right people for the job.

Made up of a failed Broadway director, an ageing actor who just can’t shake his career-defining role, and a mysterious young woman who doesn’t really belong among the rich residents, the unlikely trio’s exciting mission feels futile at first.

And while the amateur sleuths seem to be hitting walls at every turn, their snooping starts to uncover clues that bring them closer to the truth – and the killer – than they initially expected.

Starring Selena Gomez and comedy legends Steve Martin and Martin Short, Hulu’s new show is a refreshing meta twist on the true crime genre, which is starting to feel a little overdone.

The star-studded cast includes unexpected cameos from Tina Fey, Jimmy Fallon, and even Sting – who plays himself.

It’s difficult to describe Only Murders in the Building without revealing too much, but what I can say is that it very cleverly employs classic mystery plot devices, from red herrings to cliffhangers, to turn them on their heads and satirise them.

Even though it is primarily a comedy, the plot exposes the darker, seedier side of characters that skilfully try to present a different front – much like fancy apartment buildings and New York City itself.