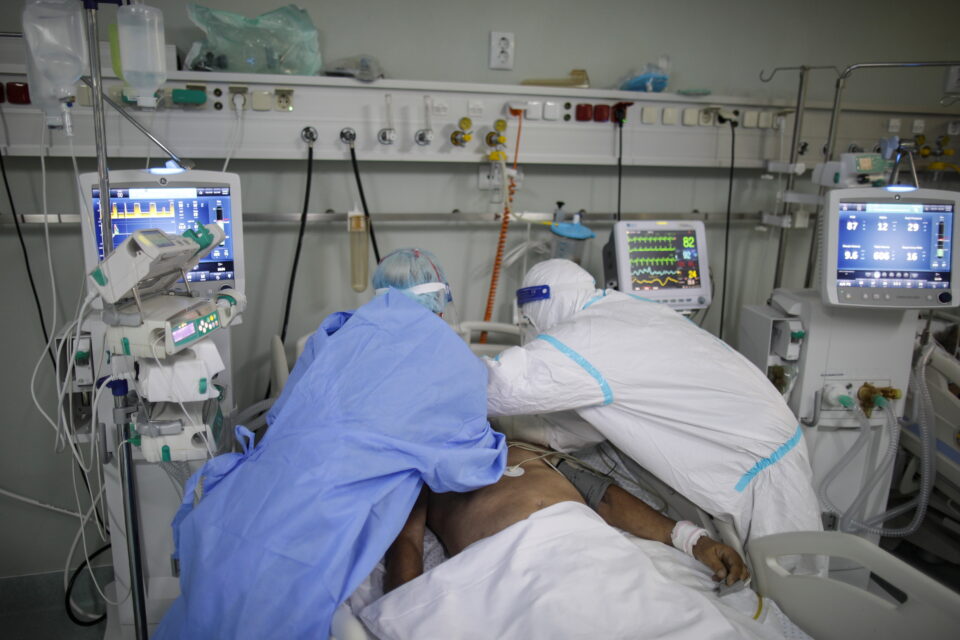 The data being made available on Covid is often inadequate

Science, after all, has been awfully slippery, with studies and trials often coming to opposite conclusions within days of each other.

Take, for instance, the subject of natural immunity, especially with respect to vaccines. If you’ve already had Covid and recovered, is your immunity longer-lasting than vaccine immunity, not as strong, or about the same?

One can find studies showing that vaccines confer more protection, and just as many studies showing the opposite. Our own University of Nicosia produced a study (not peer-reviewed) at the end of August showing “significantly higher levels of antibodies” in those who’d been vaccinated compared to the Covid-recovered.

Just a few days earlier, however, on August 25, an Israeli study (also not peer-reviewed; lead author Sivan Gazit) found that “vaccinees had a 13.06-fold increased risk for breakthrough infection with the Delta variant compared to those previously infected” [my italics].

Others recommend getting a vaccine even if you’ve already been infected – but just one dose, as opposed to two. “The research is in: People who’ve already had Covid-19 need just one shot” claimed a headline at Business Insider back in April, citing a study in Nature by scientists at the Cedars-Sinai Medical Center.

Alas, the research never seems to be ‘in’ – and the same lack of clarity can be seen with a host of other Covid-related matters. Does ivermectin work as an early treatment? Can vaccinated people transmit the disease (and if less, how much less)? Is the risk of severe illness to kids significant, or extremely low? Is myocarditis more likely as a side effect from the vaccine or the virus?

Science keeps shifting; this is not a bad thing (except when it’s due to politics or vested interests), but it does make it hard to follow. Fortunately, to paraphrase Rick in Casablanca, we’ll always have data. Numbers don’t lie.

That, however, points to another problem. The data being made available on Covid, both in Cyprus and elsewhere, is often inadequate – even as people are being called upon to make vitally important health decisions, including the decision to get vaccinated.

Speaking to CyBC radio last Thursday on the question of booster shots, for instance, Dr. Maria Koliou – a member of the government’s epidemiological advisory team – was asked about the vaccination status of Covid patients. How many of those in hospital were fully vaccinated? How many deaths have been in the double-jabbed?

“These are things we’d also like to know ourselves, to be honest,” replied Koliou, adding that the official data is incomplete. At the moment, she explained, the team are relying mainly on clinical observations from doctors working on Covid wards – hence the cabinet decision on Friday to make boosters available to the over-60s, who seem to make up most of the severe breakthrough cases.

The question of deaths among the vaccinated is especially intriguing – because this is data that the health ministry used to supply on a daily basis, until they decided to stop doing so.

Admittedly, the proportion of those in hospital who are unvaccinated is still shared every day. The percentage has been shifting downwards in recent weeks – from around 90 per cent in mid-summer to 60 per cent now – but remains very high, reinforcing the narrative of a ‘pandemic of the unvaccinated’.

Some might say that’s good enough, since deaths will probably be in line with hospitalisations. A statement by Okypy spokesman Charalambos Charilaou, speaking to state radio on August 28, seems to confirm that supposition: “In June and July, and up to August 26, there have been 56 deaths in ICUs of which six – that’s to say, 10.7 per cent – were vaccinated,” said Charilaou.

That’s obviously consistent with about 10 per cent of hospital patients (at the time) being vaccinated. Still, this is basic data that should be shared every day, not once every three months and whenever it suits the government.

Take, for instance, the two weeks from April 26 to May 9 of this year. Those were the last two weeks before the ministry stopped telling us how many deaths were among the vaccinated. In those two weeks, 38 people died, and 15 of them had received at least one jab; that’s 39.47 per cent, a far cry from the 10.7 per cent cited by Charilaou.

There’s no suggestion of dishonesty, it’s just that things change. Many of the vaccinated deaths in April and May were partly vaccinated – and data from all over the world (from Israel to Fiji to Mongolia) strongly suggests the risk of a Covid surge after the first shot. In mid-summer, on the other hand, people were mostly double-jabbed and much better protected. It’s precisely because things keep changing, however, that we need to be constantly informed.

The most egregious data gap is undoubtedly the decision not to test the vaccinated every few days. Again, this is not just in Cyprus – but it’s surely a perverse decision, justified on the weak grounds of ‘rewarding’ people for getting the jab, as if they were children.

Having just embarked on an unprecedented programme of mass vaccination, surely the top priority should be to monitor those recipients as closely as possible – not just send them on their way, blithely assuming that they’re safe.

It’s now known that viral load is the same in Covid infections, irrespective of vaccination status. Symptoms tend to be milder in the vaccinated (who clear the viral load faster) – but of course that’s a double-edged sword since they often don’t know they have Covid, and can go around spreading it. One counter-argument is that, despite the similar load, vaccinated patients are less likely to transmit the virus – as much as 65 per cent less, according to an Oxford University study published this month; even that study, however, admits that the advantage wanes over time, “reaching similar levels to unvaccinated individuals” after 12 weeks for AstraZeneca. Once again, things keep changing.

Insufficient testing of the vaccinated is one example of inadequate data. Refusal to divulge the vaccination status of those who die is another. The refusal to conduct autopsies of Covid deaths – which might show, for instance, if intubation makes things worse – is another.

The policy of no longer reporting whether the deceased had underlying conditions is yet another – and another case of a policy that’s never been properly justified. It’s hard not to wonder if the real justification is that people would be insufficiently terrified of a virus that mostly afflicted the already sick.

Covid isn’t much on our minds at the moment. We’re in the happy little window when the vaccines still work against symptoms, and winter has yet to arrive. Things change, however – and, as they do, more important health decisions (on boosters, for instance) will have to be taken. More transparency is needed, and indeed more data.