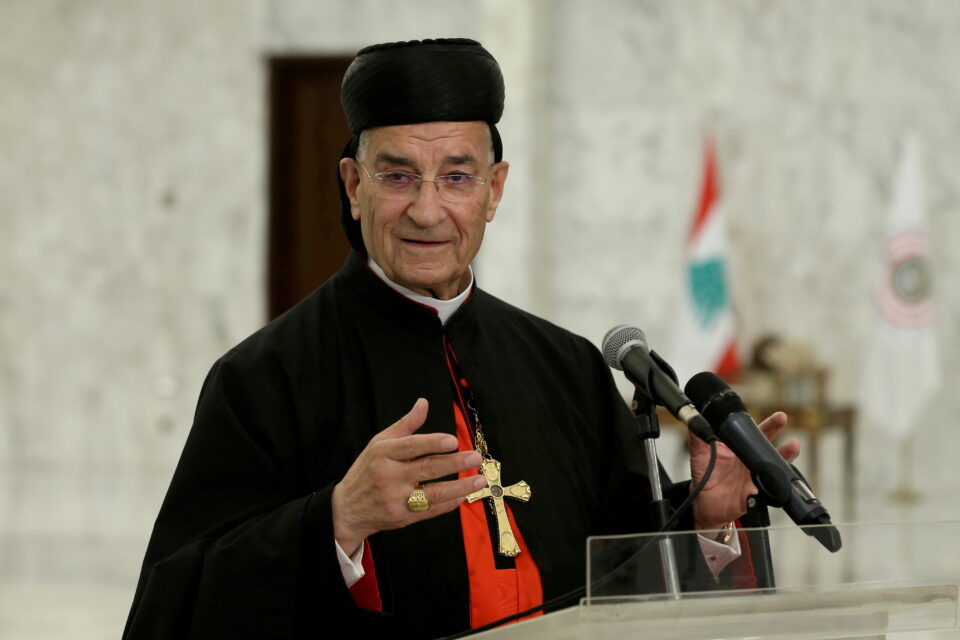 Lebanon‘s Maronite Patriarch Bechara Boutros Al-Rai, the top Christian cleric, said on Sunday the country’s judiciary should be free of political interference and sectarian “activism” amid tensions over a probe into last year’s blast at Beirut port.

Rai also said that it was unacceptable for any party to resort to threats or violence after last week’s deadly unrest around the investigation – which was Lebanon‘s worst street bloodshed in more than a decade and stirred memories of the ruinous 1975-1990 civil war.

“We must free the judiciary from political interference, sectarian and partisan political activism and respect its independence according to the principle of separation of powers,” he said in his sermon.

Rai, head of the Maronite church, has an influential role as religious leader of the biggest Christian community in Lebanon, where political power is divided between its main Christian, Muslim and Druze sects.

The inquiry into the Aug. 4, 2020 explosion, which killed more than 200 people and devastated swathes of Beirut, has made little headway https://www.reuters.com/world/middle-east/beirut-blast-judge-issues-arrest-warrant-ex-finance-minsiter-khalil-2021-10-12 amid pushback from powerful political factions. Hezbollah chief Hassan Nasrallah has called Judge Tarek Bitar — the lead investigator — biased and politicized.

“The rise in doubts over the (integrity of the) judiciary that has been going for a while has not only undermined the judiciary but also the reputation of Lebanon,” said Rai.

Seven Shi’ite Muslims were killed on Thursday as crowds were on their way to a protest against Bitar in a demonstration called by the Iran-backed Shi’ite Hezbollah group and its Shi’ite ally Amal.

The violence added to concerns over the stability of a country that is awash with weapons and grappling with an economic meltdown.

“The democratic system has afforded us peaceful means for freedom of expression whether in support or opposition so it’s not acceptable that any party should resort to threats or violence and setting up party checkpoints or tribal ones to get what they want through force,” said Rai.

Hezbollah blamed the Christian Lebanese Forces party for the deaths on Thursday, an accusation the head of that party, Samir Geagea, denied.

The perpetrators should be held to account, the pro-Iranian al-Mayadeen TV quoted a Hezbollah representative in the Lebanese parliament as saying on Sunday.

“What the criminals … did is a massacre and it will have important ramifications,” MP Hassan Fadallah said, according to the Beirut-based channel. “Those who incited, planned … and opened fire should be held to account all the way up to the top.”

On Thursday, the army initially said rounds were fired on at protesters as they passed through the Teyouneh traffic circle dividing Christian and Shi’ite Muslim neighbourhoods. It later said there had been an “altercation and exchange of fire” as protesters were on their way to the demonstration.

Defence Minister Maurice Selim said on Saturday that a stampede and a clash in Teyouneh led to gunfire by both sides, adding that the exchange of fire had preceded the sniper fire.

Families of the victims of the port blast expressed their support for judge Bitar on Saturday after a spokesman for one of their groups surprisingly changed tack on Friday night by saying he should leave.

His sudden change of stance prompted a flurry of speculation on social media that he had been threatened.