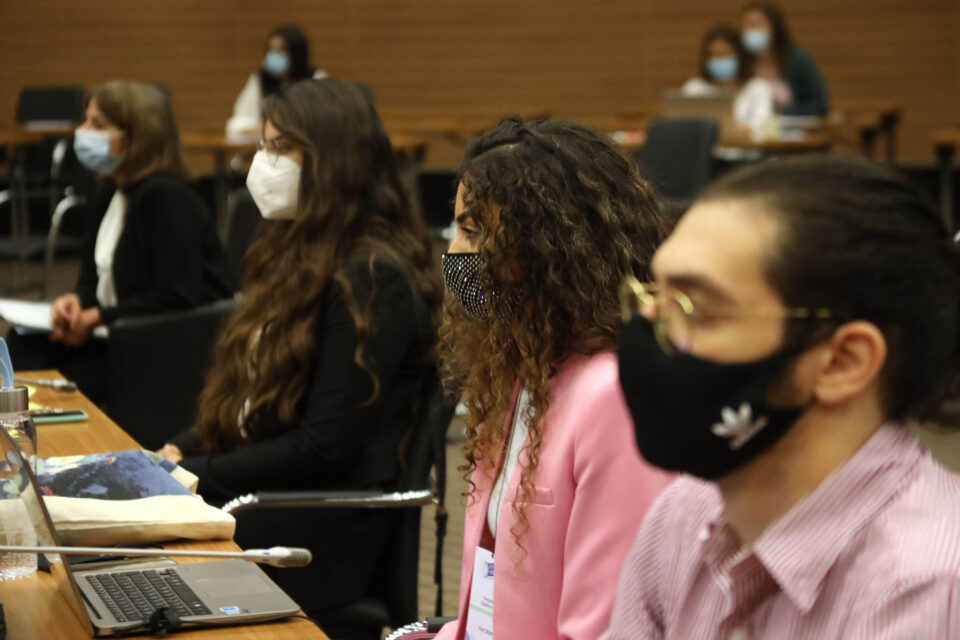 House president Annita Demetriou on Monday said that the state will always be at young people’s sides by allowing them to voice their concerns, visions and ideas.

Demetriou’s statements came during a session of the Youth Parliament, which was established in 2017.

She called on young people to continue to fight with passion for a meritocratic state that will allow them to fulfil their future goals and dreams.

“Young people should play a leading role in all discussions, and we should all listen to them more so that we decide together which is the best path to follow, as we have an obligation to provide them with a viable future, full of opportunities,” Demetriou said.

“We really feel your anxiety and concerns. It is our duty to make our youth the most important partner in shaping the political, economic and social development in our country, and make sure that they will lead to progress and prosperity.”

Demetriou added that the Covid-19 pandemic has affected young people in particular, who now have to deal with an unprecedented situation that risks tarnishing their future plans.

Foreign Minister Nikos Christodoulides also spoke to the Youth Parliament, for which he had words of praise.

“The Youth Parliament in Cyprus has contributed to the increased interest in politics by young people, who are now empowered by their presence when it comes to decision-making situations,” he said.

Thanks to their involvement, he said, last year Cyprus won a SALTO Award, which is an EU award given to young people for their involvement in green and sustainable projects in their countries.

Education Minister Prodromos Prodromou also stressed that in times when the role of parliament is often questioned, it is even more important to give young people the chance to contribute, for them to renew their faith in democracy.

“We want to see an active Youth Parliament in Cyprus, a beacon of light and hope for everyone. We count on the purity of young people’s intentions, as well as on the courage of their opinions. This is what the modern world and a modern democracy needs,” Prodromou concluded.

In his welcome address, President of the Youth Parliament Kleanthis Koutsoftas said the institution offers a real and concrete platform for Cyprus youth, whom he called upon to express their ideas and share their concerns.

“The Youth Parliament gives us the opportunity to discuss and exchange views on important matters that concern us all. Our voice and our participation can shape everyone’s future.”