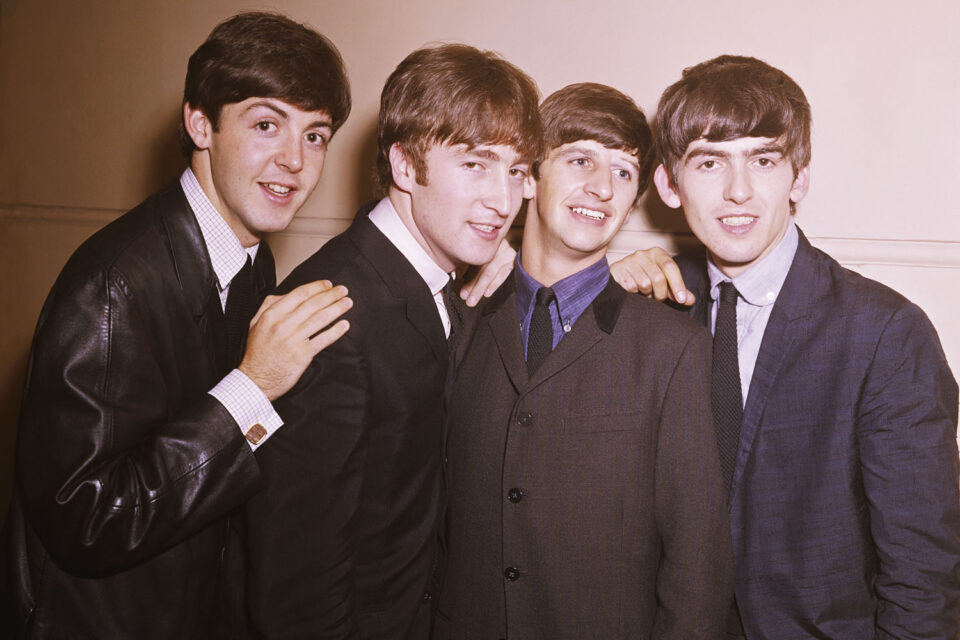 It was the summer of 1963. The Beatles were already a household name, playing for large crowds across the UK and much of Europe. Talented, handsome, and charming, the English rock band from Liverpool were regarded as the most influential band in popular music history.

Across the Atlantic, however, The Beatles faced media disdain. The band had not yet set foot on American soil and their singles, which were released on second- and third-tier labels in the USA, were sent to blues, jazz and soul DJs, not to pop music stations. Realising that an American crossover was a make-or-break situation, John Lennon and Paul McCartney decided to take their song writing craft seriously, adding their expressive, controlled and flexible singing voices to their repertoire. Combined with Ringo Starr’s unorthodox approach to drumming, and George Harrison’s slide guitar style, The Beatles would ultimately cement their place across the pond, and become a firm fixture on the American television scene.

Since the band’s inception in 1960, The Beatles had created their own art form, inspired by a broad set of musical influences that included early rock and roll, blues, rhythm and blues, country and western, and even Broadway show tunes. However, somewhere in between, a cute and tender song composed by legendary Greek composer Mikis Theodorakis made its way onto The Beatles’ playlist.

While flicking through music catalogues, Paul McCartney stumbled upon a short, sentimental ballad that resonated deeply with him. His interest in kitsch cinematic show tunes, unlike the other band members, inspired him to record the The Honeymoon Song for the BBC Radio show, Pop Go The Beatles. Although the song did not live up to any of the rock band’s previous hits, the Greek version of the song, however, was one of the most mellifluous melodies composed by Theodorakis.

Written by Theodorakis and William Sansom for the 1959 Spanish film, Honeymoon (Luna de Miel), also shown as The Lovers of Teruel in the United States, the theme song was performed by Marino Marini and his quartet. The film, based in part on the ballet El Amor Brujo by Gregorio Martínez Sierra, is something of a travelogue around Spain with dance interludes, set to the repeated theme of The Honeymoon Song by Theodorakis.

A year after the song’s release, Beatlemania swept through the United States as the popular rock band played sold-out shows to legions of swooning teenage fans, riding the wave of their star-making turn on the Ed Sullivan Show. Although Theodorakis and The Beatles had never met, their indirect paths would cross once again, this time on the UK pop charts as the famous composer’s bouzouki-soaked Zorba’s Dance became a top ten chart hit alongside the Beatles’ Help!

In 1969, Welsh singer, Mary Hopkin performed a cover version of The Honeymoon Song, produced by Paul McCartney, which was released on her debut album Post Card. Fans of Theodorakis’ work, both Hopkin and McCartney described the tune as “catchy” in an interview with the New Musical Express. “We tried to make it bright and sunny,” they said.

Three decades later, the song reappeared on an album titled, Live at the BBC, The Beatles’ first official collection of BBC radio recordings from a range of shows dating from January 1963 to May 1965. A review in The New York Times, considered the track “boring beyond belief,” The Observer, described The Honeymoon Song as “mediocre;” Rolling Stone, however, reviewed the song as a “listening pleasure.”

According to the other band members, “Paul McCartney and John Lennon had creative differences, which were pulling the band apart. It was not entirely surprising that John was dismissive of Paul’s idea to record The Honeymoon Song for the BBC Radio show,” Ringo Starr revealed in an interview on American radio in 1977. “They were unable to forge a connection over it.”

Despite mixed reviews from music critics at the time and the other members of The Beatles who were less impressed by the sentimentality of the tune, George, John and Ringo’s least favourite song, however, was surprisingly enough, the iconic hit, Let It Be. Days before the album’s release, The Beatles were already on rocky ground, constantly fighting, with Lennon later describing the experience as “going through hell.”

The Honeymoon Song became an international hit in Greece, and was recorded by many artists, including Anna Vissi, Yiannis Parios, Antonis Remos, Mario Frangoulis, and more recently, Elena Paparizou and Tamta at a historic concert event that paid tribute to the great composer, following his death last month.

Everyone has his or her favourite Beatles song. In a rare interview with John Lennon back in 1974, George Harrison, revealed Norwegian Wood to be his favourite. John Lennon preferred Revolution 9; Ringo Starr’s all-time-favourite is Come Together, while Paul McCartney remains emotionally connected to Let It Be, a song he personally penned, drawing his inspiration from a dream of his late mother.

The Beatles had an incredible repertoire of chart-toppers, and a few non-hits, however, both Beatle fans and Greeks worldwide will remember The Honeymoon Song as the ballad that connects The Beatles with Greece’s most celebrated composer, Mikis Theodorakis.