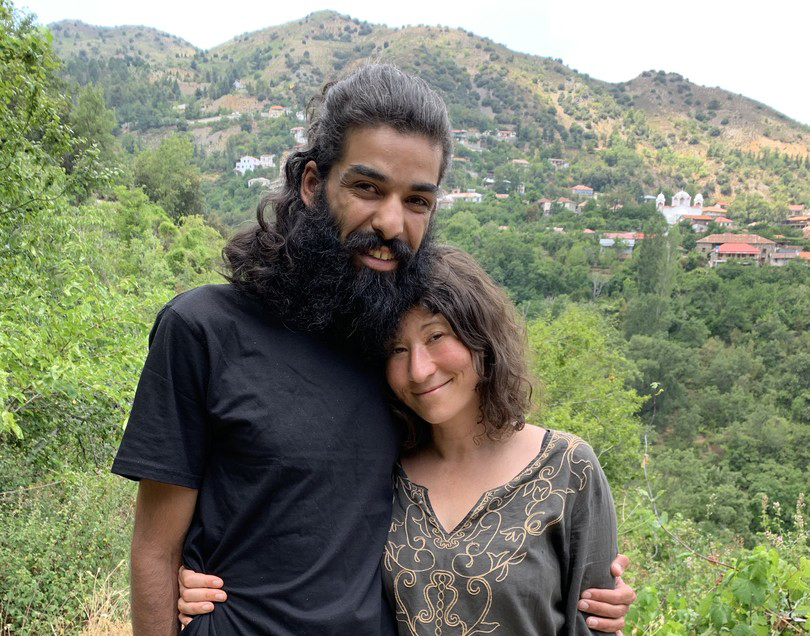 Love has no borders, sees no colours, yet what happens when external factors, be it laws, politics or visas, say it does. In the case of Lital and Vinas, their choice to be together is more than a decision between a couple. Love becomes complicated when countries decide that their people shouldn’t be together. A new documentary called Asylum-Love Has No Borders, based on their real-life journey including finding refuge in Cyprus, is coming to Paphos.

Screened for the very first time at Technopolis 20 on October 30, director Anastasia Charalambous Barnfather and her husband, cameraman and producer Keith Barnfather, wish to present this story to islanders, one of the many tales of asylum seekers. The documentary was shot entirely on location around Nicosia, Pedoulas and the Troodos mountains, aiming to stick as close to the truth as possible.

Lital is a travelling artist specialising in traditional arts, and Vinas is a musician who creates his own instruments. Their love story though has been through hardship and because of it they have had to abandon all they know. Lital is Israeli and Vinas is Iranian. When they met in 2018 at a peace camp in Turkey they were both on a journey of self-discovery, both experienced travellers with survival skills. It was love at first sight and from that moment they were inseparable.

However, with Israel and Iran bitterly opposed to each other, they were forced to become itinerant, travelling across Turkey and the Caucasus on short tourist visas, and finally coming to Cyprus in 2019, and so they would not be separated they were forced to apply for asylum. This resulted in many difficulties and an uncertain everyday life with no support. Finally, they were given a place to stay in a village high in the Troodos mountains. Two years later they are stranded, still waiting for an answer.

“There are thousands of asylum seekers waiting for their cases to be heard in Cyprus, some have waited years,” write the producers. “This is one story, of Lital and Vitas. What makes their story so unique is that they come from two different worlds. By being together they are forced to become itinerant, they become stateless and homeless.”

The documentary is their story, a tale of hardship, isolation, and peril, but mostly of love. They chose love over fear. For Lital and Vinas, love has no borders and now along with the help of director Anastasia, they wish to share it with the world.

“Lital and Vinas have faced danger and humiliation no one should have to endure. Even today, four years after it all began, they are still held in limbo by an asylum system that is both unjust and unfair.” From them and for so many more.