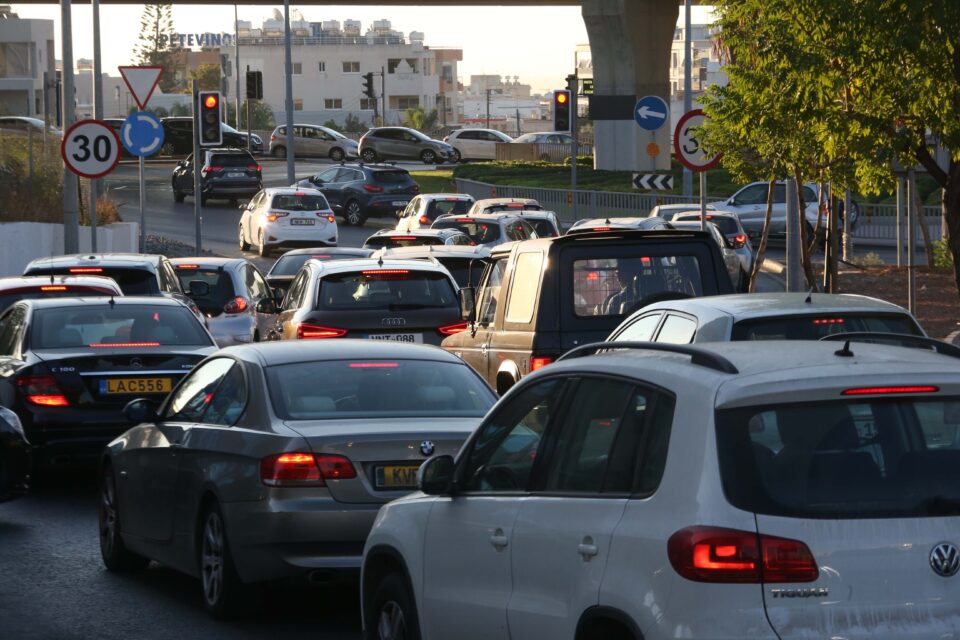 A push for more bicycles and smart traffic systems

An improved bus system is the obvious solution to congested city centres, but running parallel to that the transport ministry is pushing for increased bicycle use and smart systems that improve traffic flow.

“Changing habits is not a fast process, we will need to assess the situation step-by-step by creating new alternative solutions for people to move and at the same time, improving what already is in place on our roads,” transport ministry spokesman Adonis Taliadoros told the Cyprus Mail.

The cabinet announced last Friday a two-year €570,000 subsidy scheme to promote bicycle use, as part of the €4m national scheme on energy, climate and sustainable mobility.

The scheme provides for subsidies for the purchase of city bikes, road bikes, mountain bikes and bikes for people with disabilities.

Taliadoros said more details will be released this coming Friday.

“The idea is to incentivise citizens to use bicycles as their main means of transport, thus reducing everyone’s reliance on their cars, especially in Nicosia, where the issue of traffic is more pressing than in other cities,” he said.

“We have already proceeded with the creation of bike lanes that will connect all universities in the capital. A lot of students are already using their bicycles to move around.”

Furthermore, the government is planning to introduce more dedicated bus lanes, which means people using the bus will have the possibility to arrive at their destination faster than motorists.

A Eurostat report released in September showed that Cyprus ranks third for car ownership in the EU, with 645 cars per thousand inhabitants.

Moreover, over 90 per cent of Cypriots opt for private car use, whether through choice or necessity, as their mode of transport, according to an EU study called published in June 2019.

But the plans to change the face of the heavy traffic in Cyprus does not just concern the possible alternative to cars.

Last summer, the island’s first smart traffic light system installed at the busy Ayia Phyla roundabout in Limassol has cut journey times by 50 per cent overall, according to the transport ministry.

“From day three of the new system being in operation, we saw a reduction in travel time by 50 per cent which consequently reduced the queues observed at the roundabout,” Alexis Avgoustis, engineer at the public works department of the ministry told the newspaper after the system was installed.

The sensors record traffic, detect loads and number of vehicles waiting in line and then configure the separation in the phases of the traffic lights accordingly, including the duration of the green light for incoming traffic. The ultimate aim of this system is to have optimal traffic flow at the roundabout.

The ultimate test for the system came in September when schools reopened.

“The waiting time for motorists has been reduced considerably but of course, it did not completely solve the problem of heavy traffic,” he told the Cyprus Mail

“Motorists are still experiencing queues albeit shorter ones, which constitutes a sensible improvement compared to how the roundabout was before the system was installed.”

One driver who uses the Ayia Phyla roundabout every day says the system has transformed his drive to work.

“Before, it would take anything from 20-30 minutes to cross the roundabout from my house at 7.15am. And more than an hour if there was a traffic accident,” Andreas Panayiotou told the Cyprus Mail.

“Now it is a standard 10 to 12 minutes. The difference is amazing.”

Avgoustis added that a team of experts who will assess the new system and suggest eventual changes to its operation is expected to arrive from the UK in early November.

“The busiest time in the area is obviously experienced by drivers in the mornings when parents take their children to school. That is when we hope to relieve some of the traffic with the new system and shorten everyone’s journey to their final destinations.”

Just like Nicosia, Limassol is also pushing for cleaner and greener ways of transport, an effort underlined by the city’s mayor Nicos Nicolaides.

“Environmentally friendly ways of transport, such as bikes, are great ways to protect our health and contribute to alleviating traffic,” Nicolaides said.

“As traffic issues keep getting worse, the state needs to invest in the appropriate infrastructure for bicycle paths, sidewalks, bus lanes and many other actions included in sustainable urban mobility plans,” he added.

“The smart traffic light system is a solution we want to pursue and introduce all over the island, not just Limassol since it has been proven to work. In addition to that, newly installed traffic cameras will help us better monitor traffic violations,” added Taliadoros.

As regards traffic cameras, however, the transport ministry has decided to extend the pilot programme and delay the rollout of fines to January 2022 after about 500 violations in just two hours were recorded on October 20 at a busy junction in central Nicosia. Until January, warnings will be sent to errant drivers.

It has been reasoned that the public may need more time to familiarise themselves with the new system.

Along with reducing the traffic volumes in Cyprus, the government is also taking steps to shift towards a greener, less polluted environment. As such, the transport ministry will soon announce a subsidy plan that will give the possibility to motorists to replace their old cars with new low-carbon emission ones.

“Nothing has been finalised on the matter yet,” Taliadoros explained.

“Improving public transport and promoting the use of bicycles are priorities, but greener cars on our streets will greatly improve the outlook and the pollution in our cities.”

He said there has been huge interest from the public in relation to the new plans regarding traffic.

“The ultimate aim, as far as the mobility plan is concerned, is to mitigate the problems that people face every day. The only feasible way to do so is to offer alternatives to our citizens, that’s what we are trying to do.”