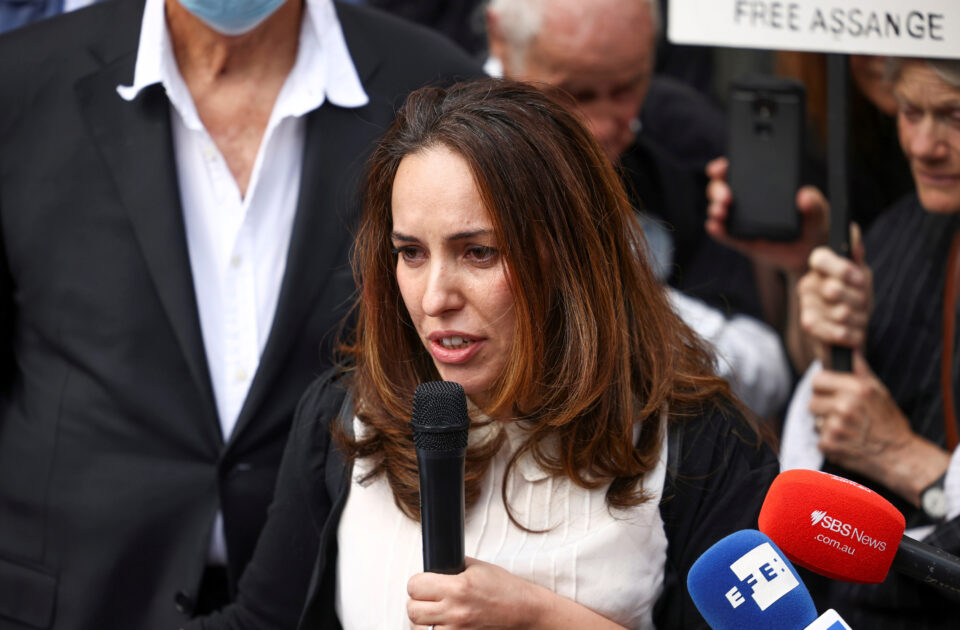 The partner of Julian Assange said on Monday a media report that the CIA had plotted to kill or kidnap the WikiLeaks founder was a game-changer in his fight against extradition from Britain to the United States.

U.S. authorities will this week begin their appeal against a British judge’s refusal to extradite Assange – who is wanted on 18 criminal charges including breaking a spying law – because his mental health problems meant he would be at risk of suicide.

Last month, Yahoo News reported CIA officials had drawn up options for former U.S. President Donald Trump’s administration for dealing with Assange while he was holed up in the Ecuadorean embassy in London, including assassinating or kidnapping him.

A CIA spokesman declined to comment on the Yahoo report. The U.S. government lawyer who is leading the prosecution of Assange did not immediately respond to a request for comment.

“This (Yahoo report) is a game changer going into the appeal because it shows the true nature, the true origins, the true criminality of the U.S. actions against Julian,” his fiancee Stella Moris, with whom Assange has had two children, told reporters.

WikiLeaks came to prominence when it began to publish thousands of secret classified files and diplomatic cables in 2010. Soon afterwards Sweden sought Assange’s extradition from Britain over allegations of sex crimes. When he lost that case against extradition in 2012, he fled to the Ecuadorean embassy.

He was finally dragged out from the embassy in April 2019 and jailed for breaching British bail conditions, although the Swedish case against him had already been dropped.

U.S. authorities then sought his extradition. Although the British judge on Jan. 4 rejected Assange’s arguments that the case was political and an assault on freedom of speech, Moris said there was a real risk that, if found guilty, he would be held in a maximum security prison in almost total isolation.

That would lead him to attempting suicide, Moris concluded.

U.S. lawyers aim to challenge the ruling against U.S. extradition and the evidence given by a key expert at a two-day High Court appeal hearing in London starting on Wednesday.

No result is immediately expected, and Moris said the process could be fast, with Assange extradited by next summer, or it could take years.

“Both prospects are terrifying,” she said. Currently, Assange is being held at London’s top security Belmarsh Prison where Moris visited him on Saturday, saying he looked very thin.

“He was looking very unwell,” she said.