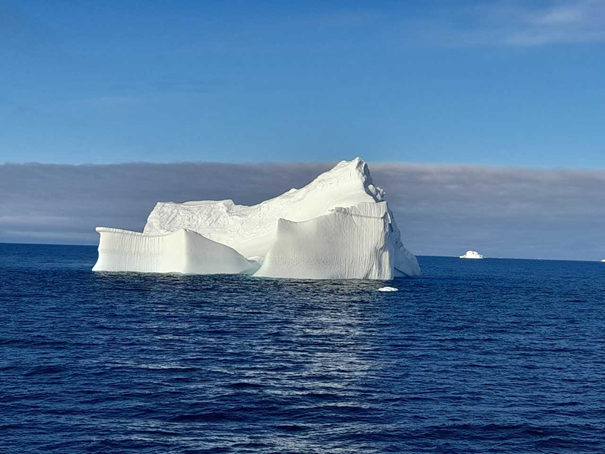 Improved climate modelling can predict fish stocks in the North Atlantic, as well as warming effects across the Northern hemisphere, for instance in Europe and North America

Fragile and exposed to climate change, the Arctic is warming three times faster than the rest of the planet. As the frozen ground melts, carbon dioxide and methane trapped within it are released into the atmosphere, further contributing to global warming.

Michael Mann, the EU’s Special Envoy for the Arctic, describes the current environmental situation in the Arctic as extremely serious. He warns: ‘It’s just getting worse and worse.’

The consequences are being felt elsewhere. Extreme events in Europe, such as the unusually heavy snowfall in Greece and Spain last winter, is thought to be linked to warming in the northernmost regions. ‘The Arctic is the main suspect for larger changes in conditions in the northern hemisphere,’ said Dr Steffen Olsen, a climate researcher at the Danish Meteorological Institute in Copenhagen.

Since the Arctic is the focal point for global climate change, being able to better forecast Arctic warming could help mitigate its impact, both in the Arctic and elsewhere.

The EU is preparing to adapt to the rapid changes that the Arctic is experiencing. One of the goals of the EU Missions, namely ‘Adaptation to Climate Change’, is to provide new strategies and solutions and empower communities to lead the societal transformation. The EU Mission ‘Restore our ocean and waters by 2030’ will deploy innovative solutions at basin-scale (sea basin and river basin) through Mission ‘lighthouses’ which will each lead on one of the Mission objectives. One of the lighthouse initiatives covering the Atlantic and Arctic sea basin, leads on the Mission objective to protect and restore marine ecosystems and biodiversity.

The new EU Arctic policy is also on the horizon to address new challenges and opportunities.

Existing climate models typically describe the physics of large-scale processes in the atmosphere and the ocean, such as atmospheric jet streams or how ice is retreating. However, many small-scale phenomena are not well represented. This is particularly true of predictions for the Arctic, which lack accuracy. ‘Apart from uncertainties in representing different aspects of the atmosphere, we also see that the pathways of ocean currents from the North Atlantic to the Arctic are poorly represented in our model systems,’ Dr Olsen said.

Together with his colleagues in the Horizon 2020 funded Blue-Action project, Dr Olsen aims to improve how the climate in the northern hemisphere, including the Arctic, is modelled and predicted. They focused on variability from one year to the next and between decades.

Predictions at these mid-range timescales are often lacking, despite their potential to reveal significant details about climatic changes. ‘That may mean that you have a number of years where conditions don’t follow the more linear track of (predicted) scenarios,’ explained Dr Olsen. ‘A warming tendency can be reversed for some years, for example.’

Members of the Blue-Action team first conducted several complex experiments where they were able to identify strengths and deficiencies in current climate models. Then, they were able to make improvements, for example by incorporating additional data such as the effect of cracks in Arctic sea ice on heat flux. They also figured out how to predict the key components contributing to atmospheric variability over the North Atlantic Ocean. These factors are known to have a major effect on winter conditions in Europe.

These enhanced climate models were used to develop new prediction systems. The team developed a system that can forecast certain fish stocks in the North Atlantic Ocean over a 10-year period, for example, changes such as surface water temperature fluctuations play a role in when fish will migrate and reproduce. ‘It’s the first time you will see predictions of fish stocks years in advance, based on climate model predictions,’ said Dr Olsen.

They also created an early warning system for European regions to help reduce the impact of heatwaves on human health, which have caused more fatalities on the continent than any other extreme weather event in recent decades. By combining their new climate models with heat mortality data from 16 countries, the system allows for preventative measures to be taken if high temperatures are expected. “That has been one very promising line of service development,” said Dr Olsen.

Making the best use of good observations

Better use of existing monitoring systems could also help improve climate models. Dr Thomas Jung, head of the Climate Dynamics section at the Alfred Wegener Institute in Bremerhaven, Germany and his colleagues, were also aiming to improve climate predictions in the Arctic as part of the APPLICATE project, partly by investigating the role of observations. ‘You need observations in the right place and once you have good observations, you need to make best use of them,’ said Dr Jung.

The team performed experiments where they removed certain types of observations from climate models of the Arctic to see how this would affect forecasts. They found that microwave observations from satellites, which can indicate temperature and moisture levels, had the most significant impact on medium-term forecasts.

The project also aimed to develop more detailed and accurate medium-range climate models for the Arctic that could be put to practical use. To ensure they would be widely adopted they partnered with modelling experts from weather prediction centres in Europe. Since there are a few Arctic countries on the continent, such as Norway, Iceland, Denmark, Sweden and Finland, more advanced weather predictions would benefit local policymakers, businesses and people so that they can be better prepared for upcoming changes.

To figure out how climate change in the Arctic impacts regions further south, the scientists conducted experiments with multiple climate models. They focused on understanding the physical mechanisms through which warming in the Arctic would affect climate and weather in lower latitudes.

The team’s results suggest that the link between climate change in the Arctic and extreme weather events in Europe and North America might be overestimated. ‘There is a link; there’s no doubt about this,’ noted Dr Jung. ‘But it’s probably not as large as suggested by observations.’

There is another link between Arctic warming and what happens in lower latitudes, too. Climatic changes in polar regions aren’t primarily caused by its inhabitants, obviously, but rather by emissions produced by the rest of the world. ‘The problem has to be dealt with more globally,’ said Mann.

An ambitious climate action plan for the Arctic

In an attempt to do just this, the European Union (EU) Arctic policy aims to tackle climate change effects in the region as well as promote sustainable development and international cooperation. Tackling permafrost thaw in the Arctic is one of the issues that will be addressed when the policy is updated this month. Satellites that are part of the EU’s Copernicus programme, for example, can help track changes, since they are able to measure the thickness of frozen ground. ‘I think Copernicus will play a major role,’ said Mann.

The new policy will also target black carbon – or soot. It attracts sunlight and heat when deposited on snow and ice in the Arctic, contributing to warming. However, it is currently hard to follow changes in these emissions: there are few monitoring sites as well as large areas where no observations are made. ‘Establishing monitoring stations has to be the starting point,’ noted Mann. ‘Hopefully, the EU can give that a helping hand.’