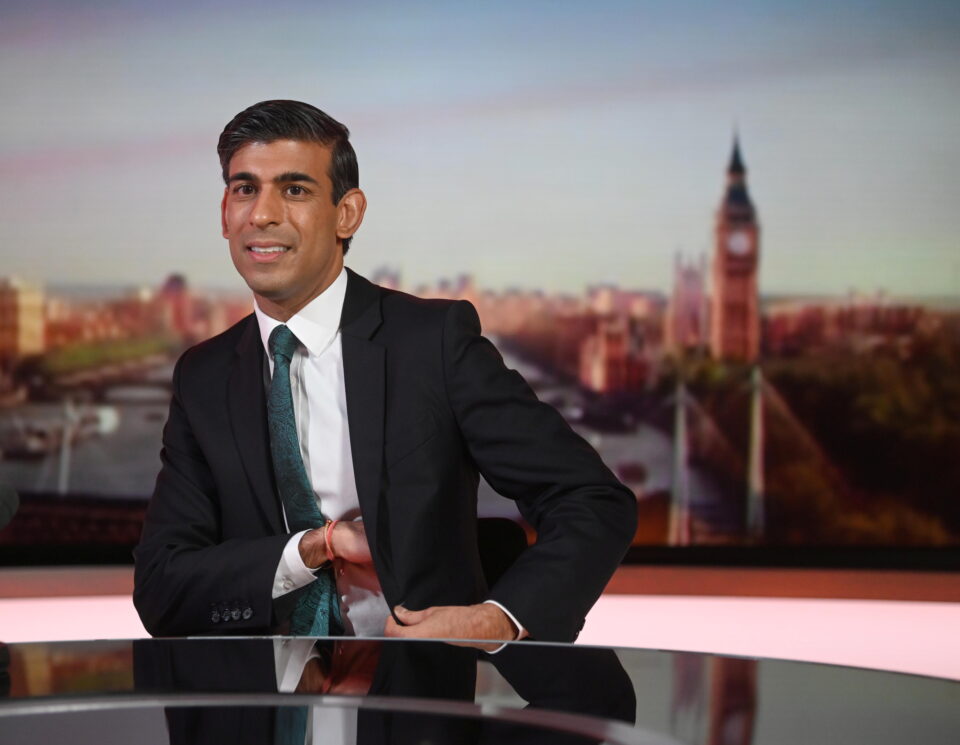 Britain's Chancellor of the Exchequer Rishi Sunak appears on BBC's 'The Andrew Marr Show', in London, Britain, October 24, 2021. Jeff Overs/BBC/Handout via REUTERS ATTENTION EDITORS - THIS IMAGE HAS BEEN SUPPLIED BY A THIRD PARTY. NO RESALES. NO ARCHIVES. NO NEW USES AFTER 21 DAYS. MANDATORY CREDIT

Finance minister Rishi Sunak will try to show that he is moving Britain on from the coronavirus pandemic on Wednesday when he announces multi-billion-pound investments to help Prime Minister Boris Johnson meet spending promises to voters.

But Sunak, who has racked up the biggest ever peacetime budget deficit to combat COVID-19, will keep a tight grip on day-to-day spending by many government departments, something that could slow Britain’s still incomplete recovery.

As well as a budget update – which for once is not expected to include emergency stimulus measures – Sunak will announce a three-year spending plan with investments in public transport, skills training and other projects to advance Johnson’s plan to “level up” poorer regions.

Newspapers said he was expected to soften the hit to lower-earnings households who recently lost a COVID emergency top-up to welfare payments and are facing higher inflation.

Sunak will also try to burnish the government’s low-carbon credentials before Britain hosts the COP26 climate summit starting next week.

“Today’s budget begins the work of preparing for a new economy post-COVID…, an economy fit for a new age of optimism,” Sunak is due to say, according to excerpts of his speech released by the finance ministry.

That Sunak can focus on extra spending in his speech to parliament – expected to start around 1130 GMT – is due not only to stronger forecasts for economic growth but also to a big tax increase for workers and employers announced in September.

“Sunak, a Conservative chancellor, is presiding over a tax burden rising to its highest sustained level in history,” Paul Johnson, director of the Institute of Fiscal Studies, a non-partisan think tank, wrote on Monday.

Britain’s economy suffered a near 10% collapse last year after the country was slower than others to shutter its economy to ward off coronavirus contagion, and ended up spending more time in lockdown.

Nonetheless, an upgrade of Britain’s growth forecasts on Wednesday will give the government extra room for manoeuvre.

Bond dealers polled by Reuters expect borrowing this financial year of 190 billion pounds ($261 billion), 44 billion pounds less than the government forecast in March and equivalent to around 8% of gross domestic product.

Sunak, a former Goldman Sachs analyst, has pre-announced higher spending on health, public transport in cities away from London, and skills training as well as the lifting of a freeze on public sector pay.

However, many ministries will face a further squeeze as Sunak sets a new fiscal rule for the government. It is expected to focus on bringing day-to-day spending into balance with tax revenues over a three-year horizon.

Many economists say that target looks achievable and could allow Sunak to cut taxes before the next election, which is due in 2024 but could come earlier.

The Sun newspaper said Sunak would also commit to bringing down Britain’s debt by the time of the next election.

As well as a renewed rise in COVID-19 infections in Britain, a big risk for Sunak is that the recent jump in inflation proves to be more stubborn than expected, which could push up the government’s debt costs sharply.

Around a quarter of British gilts are indexed to inflation, a higher share than most other rich economies.

A 1-percentage-point rise in interest rates and inflation would cost taxpayers about 25 billion pounds a year, according to government estimates.

That would be equivalent to double the money that Sunak plans to raise with his increase in social security contributions to fund the health service and social care.

Borrowing costs could start to go up as soon as next week when the Bank of England is due to announce its November policy decision against the backdrop of an inflation rate on course to hit 5%, more than double its target.