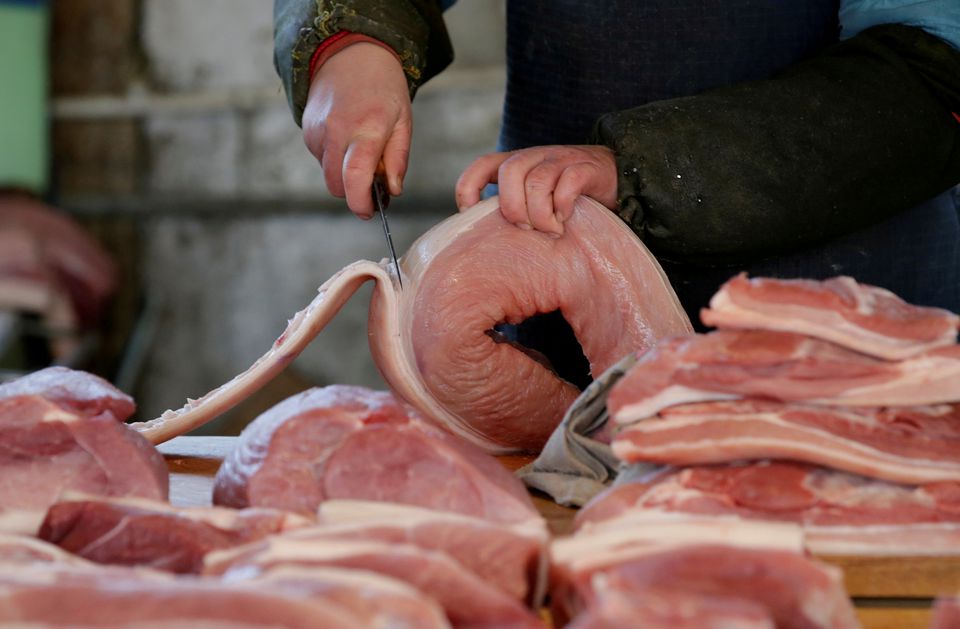 Vegetable prices are surging in China after heavy rain swamped crops this month, fuelling concern over food prices at a time when consumers must brace for a hike in energy costs in the run-up to winter.

“All the vegetables are dead in the ground,” said Zhou Rui, a farmer who cultivates about 7 hectares (17 acres) in the Juancheng county of the province.

There was little left to pick after fields of spinach, cabbage and coriander were flooded, she added, while some farmers had not replanted as the weather had already become too cold.

The price of spinach has jumped to 16.67 yuan ($2.61) per kg this week from 6.67 yuan in late September, a price index published in the provincial vegetable trading hub of Shouguang showed.

The prices of broccoli, cucumbers, and cabbage have also more than doubled in recent weeks.

The rocketing prices are a hot topic on China’s Twitter-like Weibo, with many users saying vegetables now cost more than pork, the nation’s staple meat.

“Coriander is now 17.8 yuan per half kilo, it really is more expensive than pork!” wrote one user in the eastern province of Anhui.

The rise, at a time of growing scrutiny for inflation, is worrying government officials in Beijing who are keen to ensure sufficient food supplies ahead of winter.

The average wholesale price of vegetables in the capital has jumped by 39.8 per cent since last month, while some leafy vegetables rose more than 50 per cent, the city government said on Tuesday.

Authorities in Beijing have warned that prices could rise further in the next few weeks, as the city looks further south to source its vegetables when temperatures fall and high energy prices boost transport costs.

High vegetable prices are unlikely to push up overall consumer price inflation, but they come as soaring fuel costs look set to be gradually passed on to consumers.

Higher energy prices are also pushing up operating costs for greenhouses, in addition to record prices this year for fertiliser.

“Our natural gas prices are up at least 100 per cent and we think they could triple during Chinese New Year,” said Xu Dan, manager of the HortiPolaris greenhouse in Beijing, referring to China’s most important holiday, due next February.

“I have to find a way to increase our energy efficiency. You can’t ask consumers to pay three times the price.”