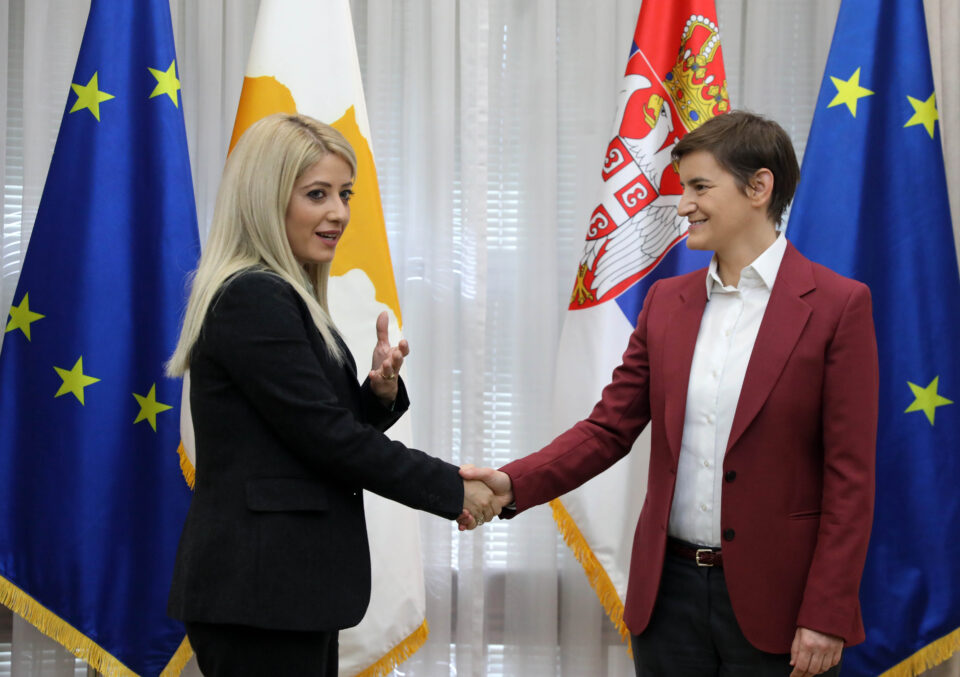 Cyprus and Serbia relations should be strengthened in all areas, House president Annita Demetriou said on Monday adding that the two countries “share the same principles and values”.

Speaking after a meeting with the president of the national assembly Ivica Dacic in Belgrade, Demetriou expressed the great honour of being in “a sister country such as Serbia” and enhancing relations with the speaker of the parliament.

Highlighting the need to strengthen in the best possibly way the relations between the two states, Demetriou said Cyprus and Serbia “share the same principles and values, mutual respect and support”.

The House President also send a message of friendship and solidarity for everything that the two countries have to face, adding that the island is always on Serbia’s side, especially after the pandemic.

The visit was the second official international trip Demetriou has made since taking office, with the first being Greece.

“Especially with Serbia and Greece, we share similar stories with common struggles and common challenges,” she said, which is why “we need to open up prospects for each other, further strengthen the excellent relations between us, make a practical contribution to strengthen the diplomatic parliamentary dialogue and collectively strengthen our voice on international law, European principles and values.”

She added that the three countries are faced with “illegalities” and actions “incompatible with international law”.

“I am convinced that this visit is just the beginning of all that we must and can do to be able to strengthen our positions and views,” Demetriou added.

Demetriou is planning a trilateral meeting of the Cyprus, Serbia and Greece parliaments, Dacic announced in his own statements after the meeting.

Dacis said the island is Serbia’s “greatest friend” in Europe and “has always been on our side” and understood its problems and protected its territorial sovereignty and integrity.

In turn, “Serbia has always had an understanding about the Cyprus problem” the politician said referring to the “Turkish troops” on the island.

To further develop bilateral relations, the president of the Serbian parliament said “contacts and meetings must be on a regular basis” with bilateral contacts every year.

The two countries have a very good cooperation in the field of security and defence, Dacic said referring to the Cyprus-Serbian friendship association, established on the island in 2019 following an initiative of the embassy of the republic of Serbian.

However, he added that the two states could cooperate in other areas such as the economy, culture and education among others.

Later in the day, Demetriou met the prime minister of Serbia, Ana Brnabic and the youth and sports minister Vanja Udovicic. Demetriou will also pay a visit to the Mungosi Foundation for Children with Disabilities before a formal dinner.

From splurge to ‘common prosperity’: Alibaba tones down Singles Day