Cyprus is a long-established international business centre and through various initiatives is now positioning itself as a prime European entrepreneurial hub.

More specifically, Cyprus is aiming at expanding its tech space and becoming the “tech island” of the Mediterranean. For this reason, and in order to attract foreign investment, Cyprus will be offering a range of incentives to attract companies and persuade those based on the island to expand their activities, as it seeks to cater to the requirements of a technologically driven post-Covid world.

Cyprus already offers a host of different benefits both for individuals and businesses including expatriate tax exemption, subject to qualifying criteria, on either 20 or 50 per cent of earned income (dependent upon salary level), relatively low-income tax rates, and a corporate tax rate of 12.5 per cent. There are no succession taxes and no capital gains taxation (except for specific cases).

Significantly, investors can also make use of the Cyprus IP Box, which allows for an 80 per cent tax deduction under the nexus approach, granting a potential effective tax rate of just 2.5 per cent. Besides having a favourable tax environment, Cyprus also has reasonable immigration rules and low living costs.

Additionally, Cyprus is both a member of the EU and strategically located among three continents, a unique twin advantage for individuals and for businesses. To boost the island’s new investment drive, the Cyprus government recently released an Action Plan, which can be viewed at https://mfa.gov.cy (in Greek only for the moment). The Action Plan includes initiatives that are aimed at delivering on the government’s promise to foster a business-friendly environment. The key points of the Action Plan announced by the Finance Minister Constantinos Petrides, on October 15 may be illustrated as follows: 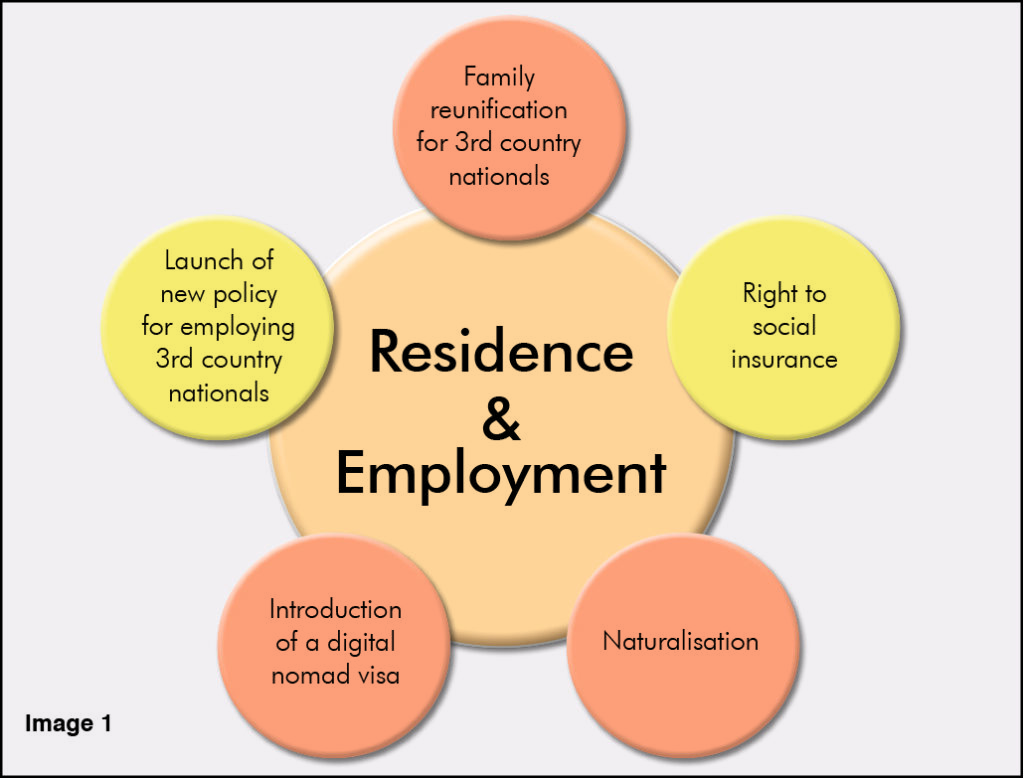 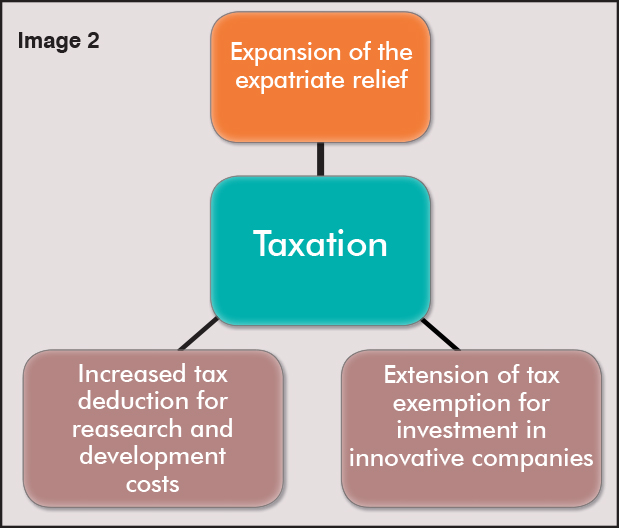 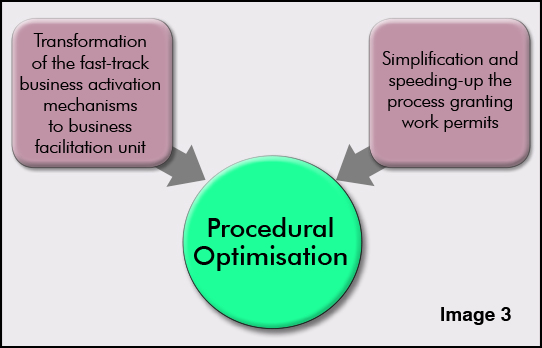 In addition to the above-mentioned key points, there are numerous other actions planned. These include a comprehensive broadband strategy and digitalisation plan to enable a massive increase in digital connectivity by 2025, an update of the Companies Regulatory framework, the creation of an online platform for innovative, and hi-tech companies, the completion of judicial reform, and a bill for the facilitation of strategic investments. Furthermore, it was stated that there will be programmes and funding for upgrading the labour force by aligning employee skills with market needs, especially those in the technology and communications sectors.

During the past decade, corporate migrations, including several well-known companies opting to headquarter on the island, joint venture initiatives promoting Cyprus as a regional energy hub, M&A transactions, and other significant deals have been seen. Employers and investors should study the Action Plan in depth and see how the reforms, expected to come into force in early 2022 following enactment of relevant legislation, could benefit them and their businesses as Cyprus re-invents and establishes itself as an innovation-friendly jurisdiction.

Saving our fragile planet requires the finest levels of statecraft

Over 1,000 drivers booked for various offences in past 48 hours