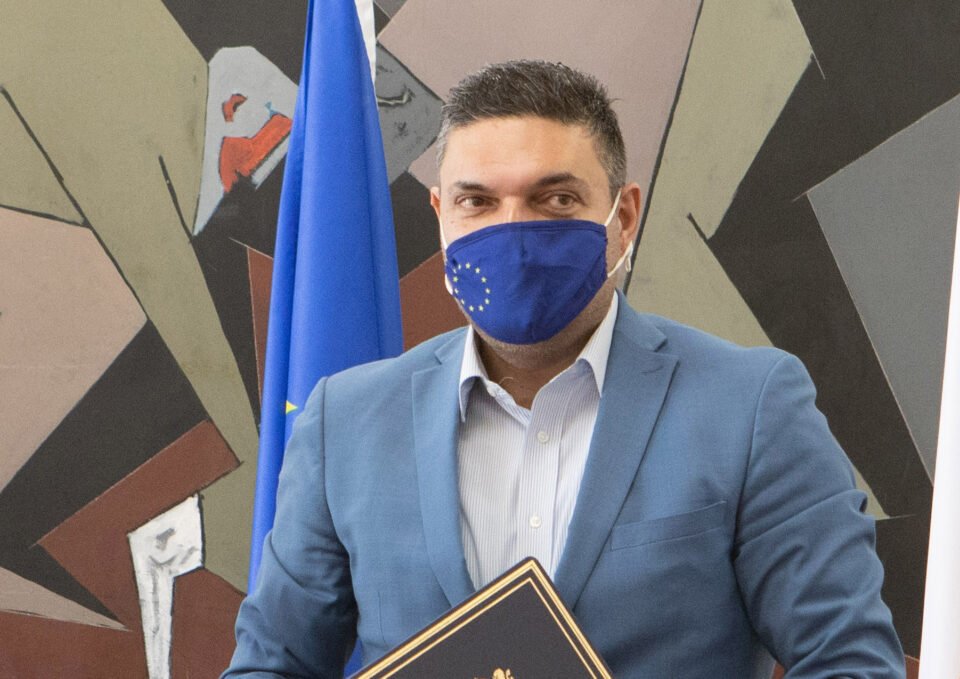 Finance Minister Constantinos Petrides on Sunday launched a scathing attack on public service union Pasydy general-secretary Stratis Mattheou who blamed the government for a delay to the ongoing reforms process.

Petrides, in a Twitter post, called Mattheou’s comments, in an interview earlier in the day in Phileleftheros, a “violation of the principle of social dialogue and respect for what has been agreed”.

In his interview, Mattheou claimed that the civil servants’ union had not withdrawn from the agreement with the government. He said after the rejection of the first package of public service reform, Pasydy through its former head, Glafcos Hadjipetrou concluded a new agreement on the issue of interdepartmental promotions with the Public Service Commission.

In two posts on Twitter, Petrides responded, talking about a blatant violation of the principle of respect for what was agreed, going as far as to mention the word “blackmail”.

“The main principle of social dialogue is respect for what has been agreed. Especially after months of negotiations and retreats from both sides,” he said.

“For the first time in so many years, I see such a blatant violation of this principle, and in fact blackmail!”
“By this logic, the government could also retreat to its original position. For example, opening of all middle management positions (A11 & A13) as a first appointment, and including the private sector. Respect what has been agreed,” the second tweet said.

In his interview, Mattheou said the union not only fully understands the need for civil service reform but had repeatedly expressed its consent, and for a change in the performance appraisals system.

He said there was an agreement in 2015 on this. However, the parliament then asked the government to change certain provisions in the bills and they were withdrawn.

During later discussions in 2019, he said, Pasydy had raised its objections to changes that Mattheou said would negatively impact the civil service’s performance of its duties, especially as regards grade A13.

People promoted to A13 currently need to have put in eight years in the department.

Mattheou said to do it any other way, would cause malfunctions to the system. Proposals for interdepartmental proposals would allow outsiders without the same experience into departments where they have not been trained or where they would lack experience. The introduction of exams was also problematic, he said.

He used as an example someone being promoted from another ministry to the welfare department into a position of responsibility, a team leader, called on to assess complex social issues such domestic violence who might not have the experience, or knowledge of specialised laws and regulations. During their eight years at a lower grade, he said, employees up for promotion to A13, also receive training and attend workshops to prepare them to move up the chain.

“If the provisions concerning the interdepartmental promotion are excluded, there is no other objection on our part to the bills that are with the House of Representatives,” Mattheou said.

“Pasydy has not backed down from what was agreed. On the contrary, we are the ones who found out in May 2021, through the submitted text of the Recovery and Resilience Plan, that the official side changed its stance without any prior consultation with our organisation, and that instructions were given by the minister of finance so that no further amendments could be made to the bills pending before the House finance committee,” he added.

Mattheou said the finance ministry was promoting regulations of dubious applicability, simply to say that they have implemented a reform and then will be forced to seek to correct the malfunctions caused further down the line.

Asked if the union would react, he said this would be decided collectively.

“Our primary goal, after all, is not to clash, but to reach an agreement with the official side,” he said.

“We consider it unfair the attempt to put the knife to our necks for the passage of the bills for the reform under the threat that Cyprus will lose 85 million euros from the Recovery Fund. But even if that is the case, if these bills are not passed in December, according to the milestone set in the Recovery Plan, funding will not be lost, but payment will only be postponed from the EU,” he added.

The children of a different god