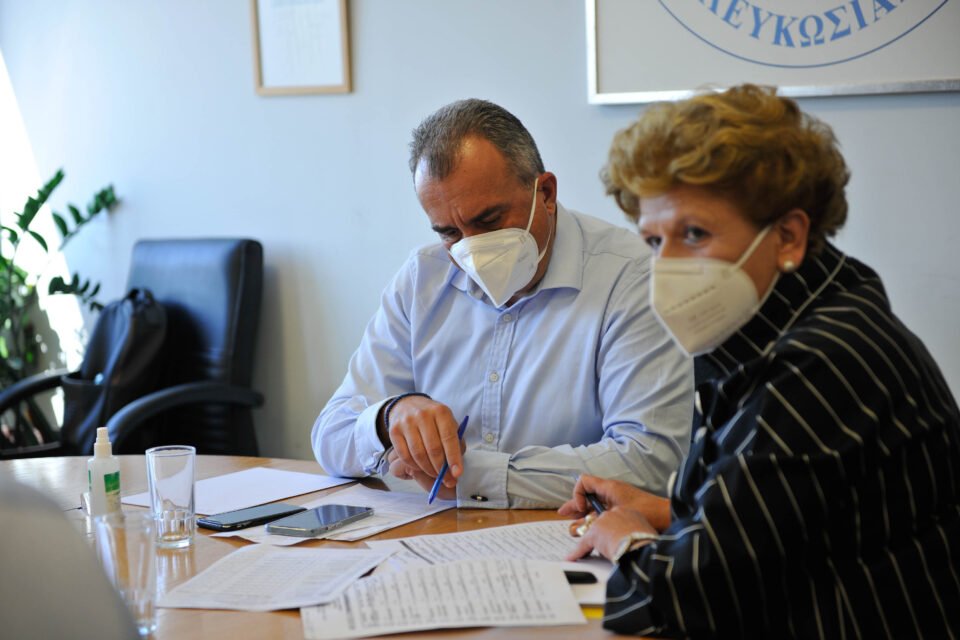 Health Minister Michalis Hadjipantelas will on Monday meet with the coronavirus advisory team, in an apparent bid to hash out differences in opinion as well as deal with the mixed public messaging that has played out in the press and on social media.

The meet will take place at the health ministry at 2pm. A health ministry source confirmed that the participants will discuss the need for coordination, but also review Covid management as a whole.

Changes in Covid-related policy could potentially be announced later, the source said.

Hadjipantelas faced fresh criticism Thursday over what appears to be a lack of communication with the advisory committee whose members have questioned certain moves by the government in the fight against Covid.

Over the past few days, members of the team have gone public in the media to express their strong disagreement with some of the measures currently in force, contradictory messaging, and concerns over reports that boosters will be made available to all adults.

Head of the advisory team Constantinos Tsioutis went as far to say that “we have lost control… we are stuck on the percentage of vaccination coverage but from there on absolutely nothing is happening”.

George Petrikkos, a professor of infectious diseases and member of the team, said he only found out from the media that the health ministry is moving towards a booster programme for anyone over the age of 18, provided six months have elapsed since their previous dose.

“We heard of this proposal from media sources,” Petrikkos told AlphaNews on Thursday.

He said that the proposal was not discussed by the advisory committee and appeared to be dismayed that one justification put forth was that “a couple of mutations were observed in the laboratory”.

Instead, he argued, the epidemiological data must be analysed to assess which ages are becoming infected and fall ill from Covid-19 and “that’s how we should take the decision [on boosters].”

He further criticised the proposal for a population-wide rollout of boosters as “no regulatory body, neither the FDA (in the US) nor the EMA (in the EU) has taken such a decision.”

“We must sit down as a committee and not just go on TV channels and give our opinions… unfortunately these meetings have not been happening recently,” he said.

He further claimed that since the new Health Minister, Michalis Hadjipantelas, assumed office, there have been no meetings and their views are only asked for via email “at the last minute, before we’ve even had a chance to study the information”.

The government was also in for strong criticism from Tsioutis who told Phileleftheros on Wednesday that: “It’s not enough for the government to speak of 80 per cent of adults being vaccinated, the messages that are reaching the public are contradictory.”

He said that due to the SafePass, the asymptomatic spread that is currently occurring is amongst the vaccinated and that more testing should be done on that group of the population.

“Should we not do something about this?” he asked.

“We were at 100-150 infections a day, now we’re at 200-250,” Tsioutis said, adding that: “Last year when we had the first three-figure infections we panicked, [but] now no one is giving any notice, not even those who should.”

But speaking to state broadcaster CyBC, team member Maria Koliou appeared to disagree with regular testing of the vaccinated.

“To have the 80 per cent [of the adult population] get a rapid test once a week would not be practical.”