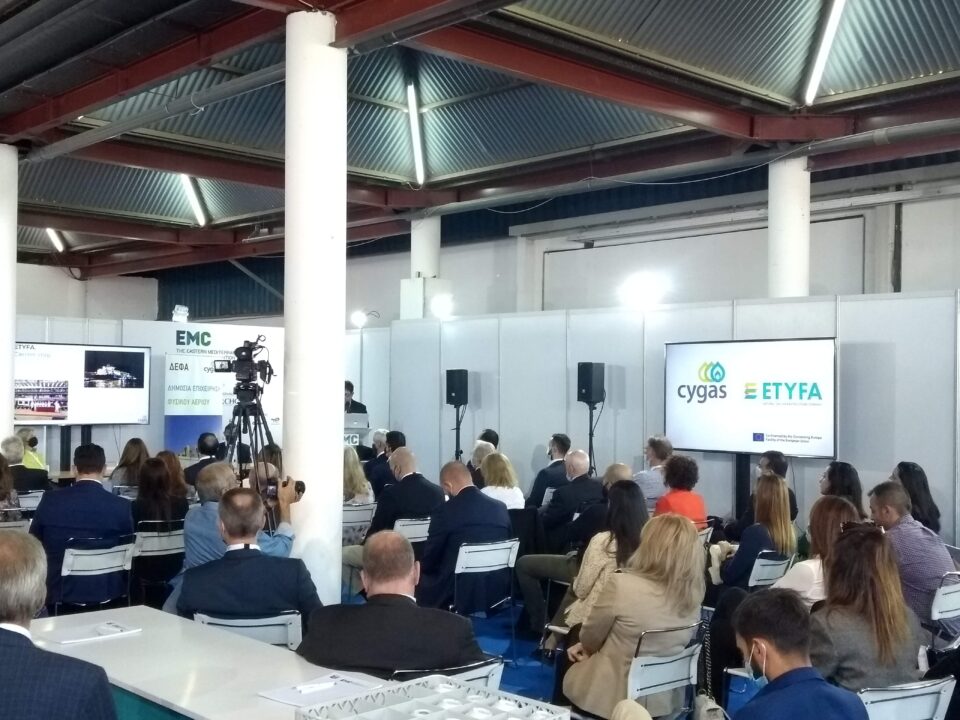 The LNG import terminal project would be transformational for Cyprus said Symeon Kassianides, the chairman of the Natural Gas Public Company (DEFA), said on Thursday at the Eastern Mediterranean Energy Conference being held in Nicosia,

“This project will lift Cyprus’ energy isolation and reduce the country’s reliance on oil,” Kassianides said, adding: “It’s a transformational project for the country, it will lead to lower electricity costs, new technological developments and create jobs.”

Cyprus’ LNG import terminal, a pivotal energy project, took centre stage, during the second of the three-day conference in which energy industry professionals from Cyprus and abroad are participating.

Kassianides, whose presentation looked at DEFA’s impact and the transition towards a cleaner energy source, explained that this is the largest sustainable investment ever undertaken by Cyprus.

“This project is of significant importance for Cyprus since it will allow the country to join Europe’s electricity grid,” he said.

At the moment, 90 per cent of Cyprus’ power generation depends on the importing of crude oil and petroleum products.

Kassianides said that 24 companies in total have qualified for the project and will be invited to present their proposals to the government. These include energy companies from Asia, Europe and the United States.

Although asked about the tentative timeline of the project, the DEFA chairman declined to offer any specific details.

“We have received a proposed schedule from the contractor but this is not something we would like to comment on at the moment,” Kassianides said.

“However, we would like to strictly adhere to the timeline,” he added.

Kassianides also mentioned that in the event Cyprus was able to monetise its hydrocarbon resources, the necessary provisions had been made to facilitate the export of natural gas.

He also explained that “Cyprus is in a good position to handle bunkering”. Bunkering refers to the supplying of fuel used by ships and other vessels.

Bunkering vessels are small tankers fitted with the necessary equipment to load fuel into other ships.

Elsewhere at the conference, Toula Onoufriou, the president of the Cyprus Hydrocarbons Company (CHC) spoke on the digital transformation of the Vassiliko Energy Centre and the proactive management of energy infrastructure.

Onoufriou also said that the East Med Energy Research Centre of Excellence for Growth and Education ( EMERGE), of which she is the head, was working with energy companies to optimise infrastructure usage and maintenance.

“We don’t wish to simply remain in the background in a purely academic role, we want to be close to the industry at the application level,” Onoufriou said.

“We have identified many different uses and use cases within this project, including wave modelling, air quality assessment, and advanced speed data analytics and boat operations,” she added, referring to the flagship project at Vassiliko.

In addition, Onoufriou explained that the centre has also conducted wave, wind and current modelling research.