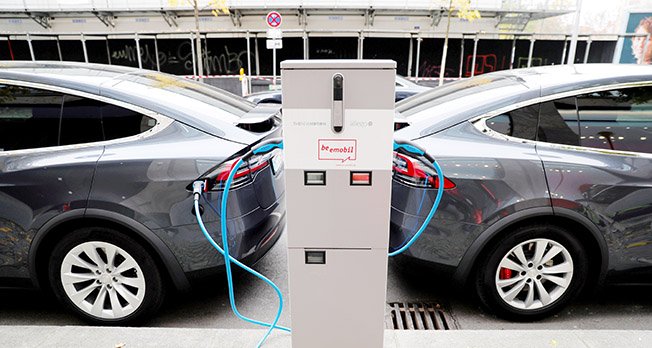 Major infrastructure projects will go ahead as planned in the next year, including the Paphos-Polis highway and the installation of charging stations for electric cars, the transport minister said Monday.

Yiannis Karousos was speaking in parliament while presenting his ministry’s 2022 budget, which comes to €388.9 million.

“Despite the difficult economic conditions worldwide brought about by the coronavirus pandemic, the state’s development policy continues unabated,” the minister later said in remarks to the media.

“No project has been cancelled or postponed. On the contrary, we continue to mature, to promulgate and execute important projects long-awaited by local communities.”

The minister told MPs that 2022 will see a number of projects – worth a total of €1.2 billion – coming into “implementation orbit”.

The projects concerned are at various implementation phases – tenders underway or about to be initiated. Those projects expected to be completed within 2022 are valued at €41 million.

Karousos said the government will draw €89.3 million from the national recovery and resilience plan – co-funded by the EU – to promote the withdrawal from circulation of conventional vehicles and the provision of incentives for the purchase of electric cars.

The €89 million in financing includes the installation of 10 twin charging stations for electric cars in public spaces, such as parking lots in hospitals, museums and post offices. It will also go toward subsidising 1,000 charging points in publicly accessible spaces, businesses and local authorities.

The goal, according to Karousos, is for approximately 1,300 electric cars to enter into circulation each year.

The two incentives schemes should be drafted within the next 15 days and then put to the cabinet for approval.

For 2022, the transport ministry is promoting three reforms: the rollout of smart systems (traffic cameras, smart traffic lights); electric car charging stations; and the reduction of CO2 emissions by vehicles.

The ministry plans to install the smart traffic light systems at 125 points in Nicosia and Limassol. The relevant tender will be launched over the next three months.