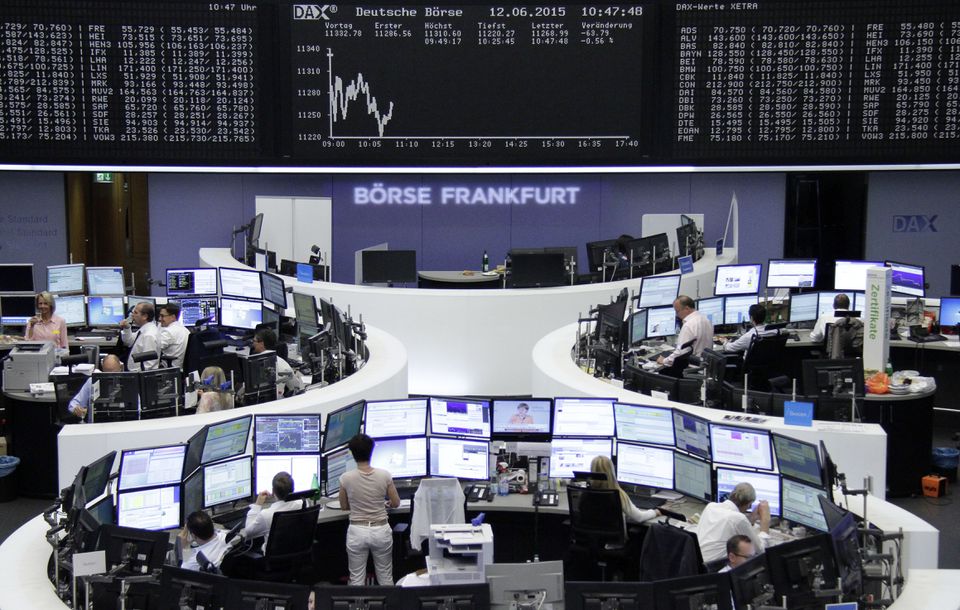 Stock markets fell and the dollar held near a 16-month high on Tuesday as investors positioned for interest rate hikes in 2022 after Federal Reserve Chairman Jerome Powell was nominated for a second term.

The most dramatic moves were again in the Turkish lira, which lost 11 per cent of its value, crashing to a record low of 12.8 lira per dollar as investors panicked after President Tayyip Erdogan defended recent rate cuts and showed little concern for rising inflation. read more

Volatility in the Turkish currency surged to eight-month highs.

In developed markets stocks were weaker across the board. Futures on Wall Street pointed to a second day of losses in the United States.

US President Joe Biden on Monday tapped Powell to continue as Fed chair, and Lael Brainard, the other top candidate for the job, as vice chair. The news initially buoyed Wall Street stocks, before the market pulled back into the afternoon with the S&P 500 and Nasdaq Composite closing down from all-time highs.

The sense that a second term under Powell could add to policymakers’ desire to curb rising inflationary forces also sent investors buying dollars.

The greenback, measured against a basket of currencies, rose to a new 16-month high and pushed the euro further below $1.13 to $1.1226, the weakest level for the single currency since July 2020. At 1215 GMT the euro was off those lows.

“On the one hand, US President Joe Biden’s decision to confirm Jerome Powell as Fed chair is generally seen as more positive for the greenback as Mr Powell is considered less dovish than Lael Brainard,” said UniCredit strategists.

“On the other hand, the fact that current COVID-19 developments are primarily affecting the eurozone represent another drag on the common currency.”

US Treasury yields were led higher by two-year notes, which typically move in step with interest rate expectations. Those yields hit their highest level since early March 2020 at 0.687 per cent before dipping back.

Adding to the gloomy mood were new concerns about the spread of COVID-19. Riskier assets have been shaken in recent sessions by surging COVID-19 cases in Europe and renewed curbs, dousing investor hopes of a quicker recovery in consumption and growth worldwide.

Germany’s outgoing Chancellor Angela Merkel said the latest surge is the worst experienced by the country so far, while Austria went into a new lockdown on Monday.

In commodities, spot gold slid 0.45 per cent to $1,796 an ounce. Gold prices were under pressure as Powell’s nomination drove expectations that the central bank will stay the course on tapering economic support.

Oil prices were in the red again after a short rebound the previous day from recent losses on reports that OPEC+ could adjust plans to raise oil production if large consuming countries release crude from their reserves or if the coronavirus pandemic dampens demand. read more

The US Department of Energy is expected to announce a loan of oil from the Strategic Petroleum Reserve on Tuesday in coordination with other countries, Reuters reported earlier.