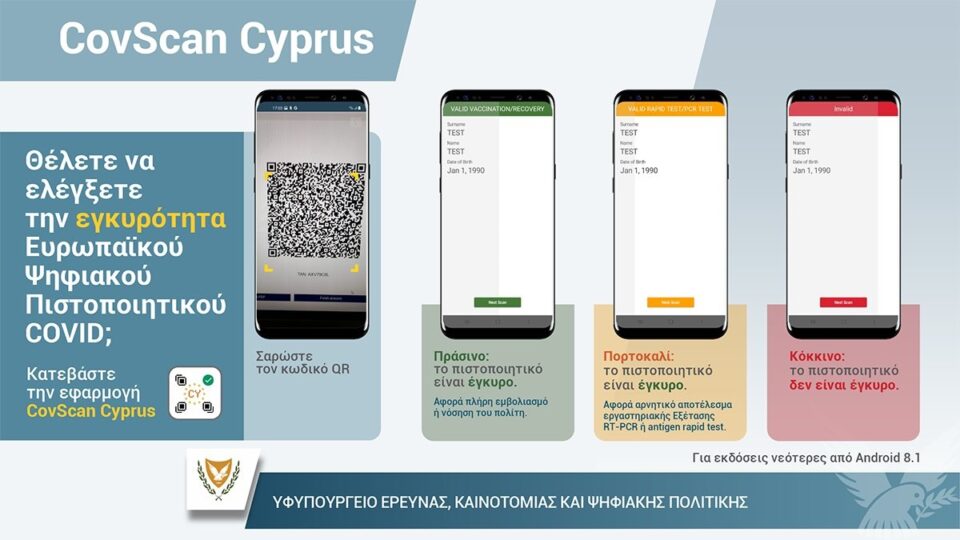 Three Nicosia-based businesses were booked for more than €6,000 for failing to scan the SafePass of their customers, police said on Thursday.

The fines came after 901 police checks in the capital carried out from 6am on Wednesday to 6am on Thursday as part of the 2,155 nationwide checks.

Four people were also booked in Nicosia for violating the measures, police said.

Meanwhile, during 349 checks in Famagusta officers booked four people and a supermarket for €1,500 for failing to scan the SafePass of its customers.

In Paphos, two people were booked as well as a bar where people were found dancing without abiding to social distancing rules and received a €500 fine.

After the 112 checks, a bakery was also booked for €1,000 in the district after a customer was found inside without a SafePass.

Police said that six people were booked in Limassol after 187 checks and one person in Larnaca after 411 checks.

No violations were reported by officers in Morphou, traffic, marine and port police.

As of November 22, businesses must use the CovScan application to check their customers’ SafePass before they enter the premises.

West of the island battered by thunderstorms (updated)