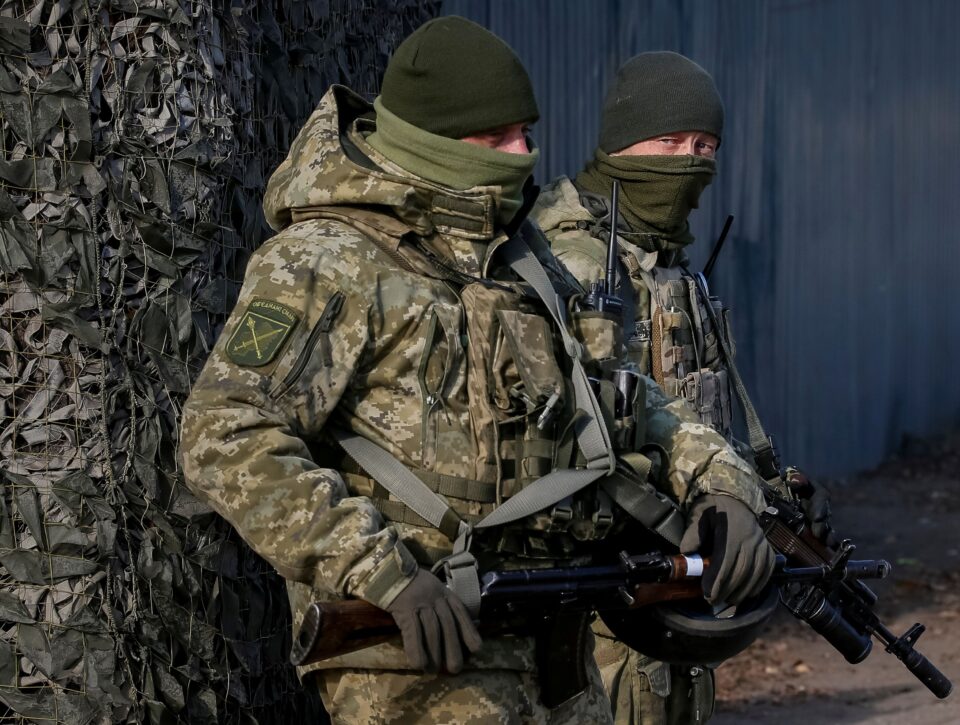 Ukraine urged NATO on Wednesday to prepare economic sanctions on Russia to deter a possible invasion by tens of thousands of Russian troops concentrated within reach of its border.

Ukrainian Foreign Minister Dmytro Kuleba said he would make the request to NATO foreign ministersmeeting for the second day in Latvia to discuss how to respond to the Russian build-up and avert potentially the worst crisis in relations with Moscow since the Cold War.

“We will call on the allies to join Ukraine in putting together a deterrence package,” Kuleba told reporters as he arrived for the talks in Riga.

This should include preparing economic sanctions against Russia, in case it “decides to choose the worst-case scenario”, Kuleba said, adding that NATO should also boost military and defence cooperation with Ukraine.

Ukraine is not a member of NATO but the U.S.-led alliance has said it is committed to preserving the sovereignty of the former Soviet republic, which has tilted towards the West since 2014 and aspires to join both NATO and the European Union.

That has enraged Russia, drawing a warning from President Vladimir Putin on Tuesday that Russia was ready with a newly tested hypersonic weapon in case NATO crossed its “red lines” and deployed missiles in Ukraine.

Russia also backs separatists in a long-running war in the east of Ukraine, and accused Kyiv on Wednesday of mobilising 125,000 troops, or half its army in the conflict zone. Kyiv declined to comment.

Ukrainian President Volodymyr Zelenskiy said direct talks with Moscow were needed to end the war in the eastern Donbass region, which Kyiv says has killed more than 14,000 people.

“We must tell the truth that we will not be able to stop the war without direct negotiations with Russia, and today this has already been recognised by all, all external partners,” Zelenskiy told parliament.

Russia said it had started regular winter military drills in its southern military district, parts of which border Ukraine, and that 10,000 troops had relocated to training grounds across the huge area. Its ally Belarus has also announced joint military drills with Russia on the Ukrainiann border.

The West has maintained economic sanctions on Russia’s energy, banking and defence sectors since 2014 after it seized the Black Sea peninsula of Crimea from Ukraine. It has also targeted a growing list of senior Russian officials with asset freezes and travel bans.

But Russia has also blunted the impact of sanctions by reducing its borrowings on foreign financial markets and maintaining large currency and gold reserves.

“We are confident that if we join efforts, if we act in a coordinated fashion, we will be able to deter President Putin and to demotivate him from choosing the worst-case scenario, which is a military operation,” Ukraine’s Kuleba said.

Danish Foreign Minister Jeppe Kofod told reporters any military operation that would violate the sovereignty of Ukraine would be met with “severe consequences” and that Denmark was ready to engage with heavy sanctions.

His comments echoed those of NATO and the United States, who on Tuesday issued stark warnings to Russia that it would pay a high price for any new military aggression against Ukraine.

“Any future Russian aggression against Ukraine would come at a high price and have serious political and economic consequences for Russia,” NATO Secretary-General Jens Stoltenberg told reporters after the first day of talks.

U.S. Secretary of State Antony Blinken is due to meet Russian Foreign Minister Sergei Lavrov in Stockholm on Thursday.