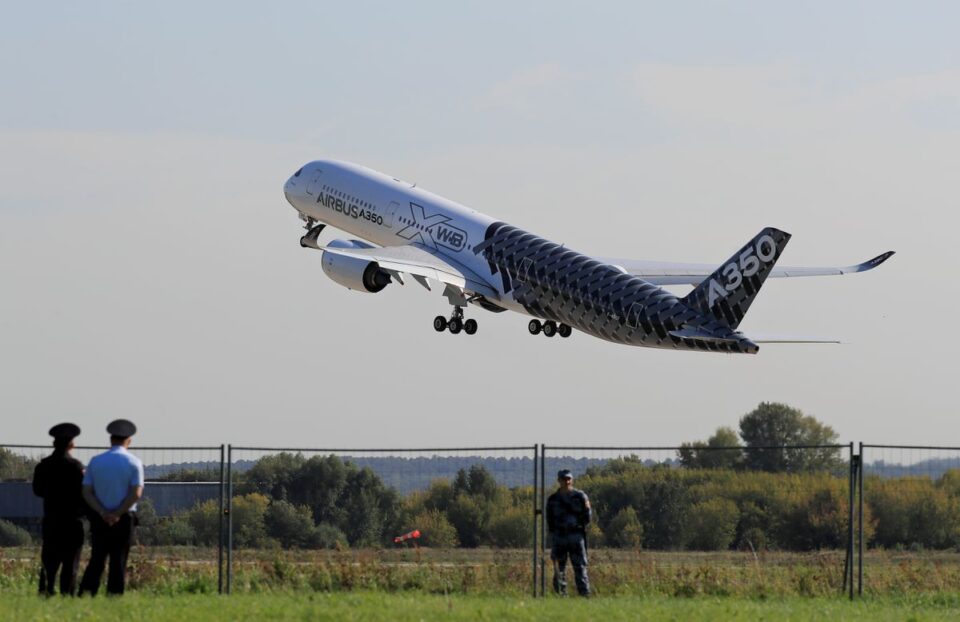 European regulators have issued a preliminary warning that patches of lightning protection may have been wrongly fitted on over a dozen Airbus (AIR.PA) A350 jets, while Delta Air Lines (DAL.N) has joined a list of carriers facing “paint issues”.

The proposed safety warning marks the first time manufacturing has come under regulators’ spotlight amid a growing commercial and industrial headache over flaws on the skin of the jets, which Airbus insists are safe to fly.

The European Union Aviation Safety Agency (EASA) said in a proposed airworthiness directive that Expanded Copper Foil (ECF), designed to safely disperse lightning strikes, may not have been installed properly on the wing covers of 13 jets.

If a cocktail of factors comes together – including an adjacent fastener also being incorrectly installed – then a heavy lightning strike in the same zone could lead to fuel vapour igniting and “consequent loss” of the jet, EASA said.

The proposed directive calls for gradual inspections and where necessary repairs, enforcing a bulletin from Airbus, but does not call for any of the 13 planes to be grounded.

An Airbus spokesperson said the draft directive is a “normal part of the continued airworthiness process”.

The call for checks comes as Airbus is locked in a dispute with the biggest A350 buyer, Qatar Airways, over what Airbus has called a “surface paint” issue and the airline describes as problems under the paint, affecting the ECF and composite shell.

EASA has said it has found no evidence of any airworthiness problem, while Qatar Airways says this has yet to be proven. It has grounded 20 of its 53 A350s as skin damage appears, saying it is acting on the orders of its own regulator.

The row widened last week when documents seen by Reuters revealed that at least five other airlines had complained about paint or ECF flaws since late 2016. Airbus has until recently suggested the issue focused only on Qatar Airways.

Now a further airline, Delta, has found problems with at least one aircraft, industry sources said.

Delta declined to comment on specific jets but said for the first time that it had seen problems on a limited scale.

“We have not yet experienced any significant paint issues on our A350 aircraft,” a spokesperson said, adding it was in discussions with Airbus on the issue.

An Airbus spokesperson said it understands the cause of the issue and is working with customers to provide enhancements.

Manufacturing problems first emerged internally in 2019 when Finnair engineers warned Airbus that the ECF protection was detaching from the wingtips of one A350 because of missing resin, according to the documents seen by Reuters.

Airbus last week confirmed the Finnair manufacturing incident and said it was an isolated production issue that had been resolved. It also confirmed a Reuters report that it was considering changing the design of the lightning protection.

It was not immediately clear whether the “production quality issues” on 13 different jets covered by EASA’s draft directive were similar to those reported by Finnair previously.

The 13 A350s were delivered between 2016 and 2020 and represent just 3% of the fleet, but are operated by 10 airlines or 28% of the number of carriers currently flying the long-haul jet, according to Airbus data and online database Airfleets.