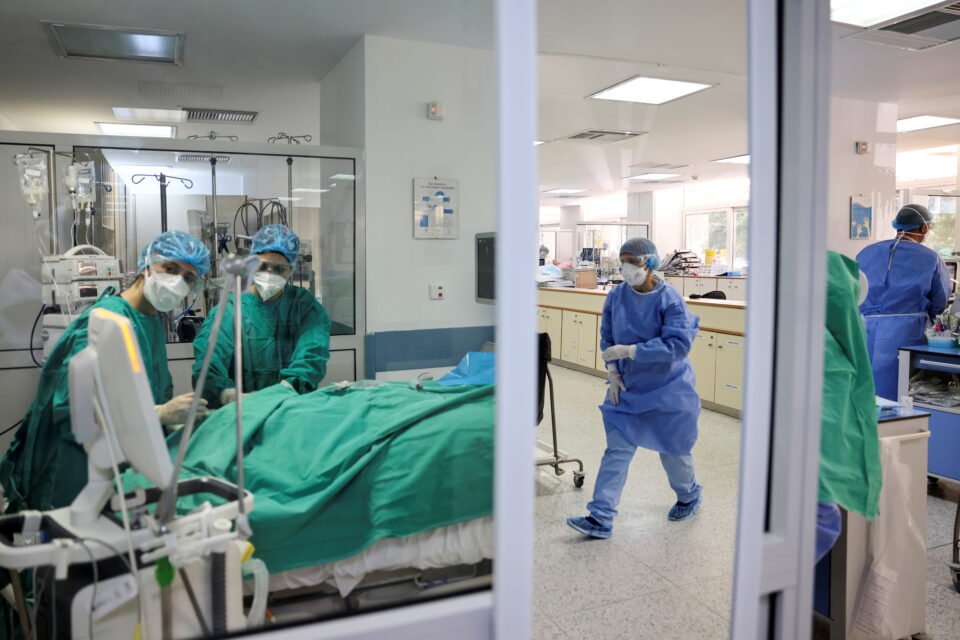 File photo: A hospital in Athens

Direct and indirect deaths related to Covid could be higher in Cyprus, according to the State of Health in the EU report.

An additional 368 deaths were registered by the end of August 2021, by which date the cumulative mortality rate from Covid was about three times lower than the average across EU countries, at about 562 per million population compared with an EU average of about 1,590.

“However, the broader indicator of excess mortality – defined as deaths from all causes above what would normally be expected based on the baseline mortality levels registered in previous years – suggests that the direct and indirect death toll related to Covid could be higher.”

The number of excess deaths from March to December 2020 – 567 – was four times higher than Covid deaths, although many of these excess deaths may not be connected to the pandemic as they do not correlate with waves of infection.

For 2020 overall, both Covid deaths and excess mortality rates were low in Cyprus compared with other countries in the EU, but in 2021 infection rates were much higher.

In 2018, circulatory diseases were the leading cause of death in Cyprus, accounting for 30 per cent of the total, followed by cancer with 24 per cent, according to the State of Health in the EU report, 2021.

Ischaemic heart disease was the leading cause of mortality in 2018, accounting for about 11 per cent, followed by stroke and diabetes.

Lung cancer remained the most frequent cause of death by cancer, followed by colorectal and breast cancer.

On average, Cypriot women live over four years longer than men. Gains in life expectancy slowed considerably between 2010 and 2019, particularly among women but also among men, the report said.

“While the causes of the slowdown in life expectancy gains in Cyprus in the years prior to the Covid-19 pandemic are not fully understood, it was partly related to an increase in mortality rates from some respiratory diseases, such as chronic obstructive pulmonary disease, among older people.”

The report said life expectancy in 2020 did not fall as far as in most other EU countries because the impact of the pandemic was more limited. However, the Covid mortality rate from January to August 2021 was higher, which is likely to reduce life expectancy for that year.