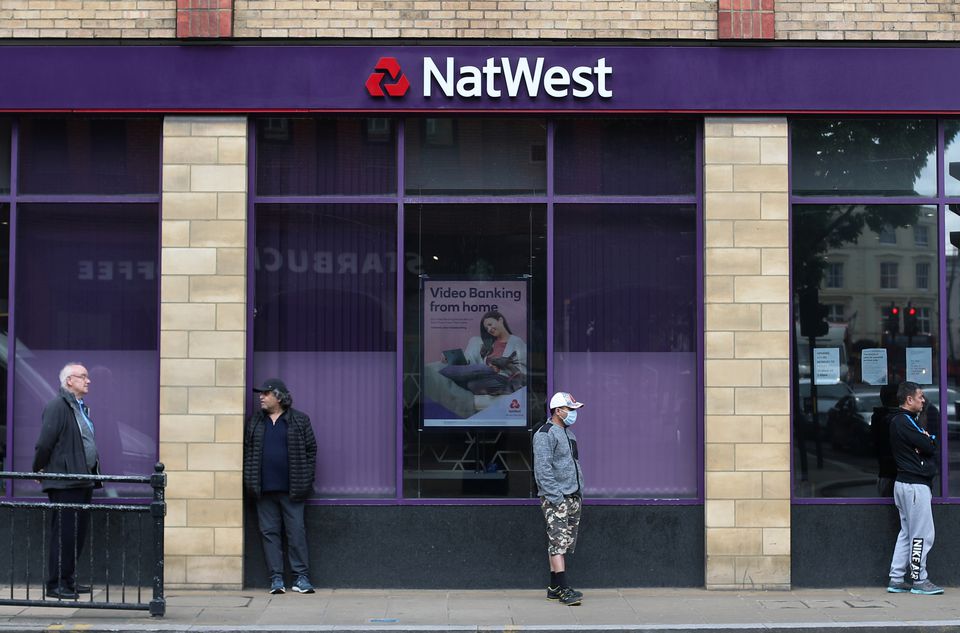 NatWest has been fined 265 million pounds ($350.9 million) for failing to prevent the laundering of nearly 400 million pounds, in the first criminal money laundering case against a British bank.

A gang deposited hundreds of millions of pounds in cash at around 50 branches of NatWest, prosecutors for Britain’s financial regulator said on Monday, with at least one outlet receiving more than 40 million pounds.

Couriers walked through the streets of towns across the country carrying bags of cash they deposited at the bank’s branches before the scheme was busted by police, the Financial Conduct Authority (FCA) told the judge at a London crown court.

One person in Walsall, central England, arrived at a branch with so much cash – 700,000 pounds – that it burst the bin liners it was being carried in. The money had to be repacked in hessian bags, the FCA’s lawyer Clare Montgomery said, adding the cash did not fit in the branch’s floor-to-ceiling safes.

The state-backed bank pleaded guilty in October to three criminal charges of not monitoring customer accounts adequately between 2012 and 2016.

Announcing the fine on Monday, the judge said it would have been nearly 400 million pounds, but a deduction was made for the bank’s guilty plea.

NatWest is Britain’s biggest business bank and is majority-owned by taxpayers after a 45 billion pound-plus state bailout during the financial crisis.

The bank had largely already provisioned for the fine, NatWest said, and its shares fell only 0.7 per cent, less than the overall FTSE 100, which was 0.8 per cent lower on the day on Monday.

But the court case is a setback to NatWest CEO Alison Rose’s attempts to clean up its image, including a rebrand following its near-collapse and run of scandals under its previous group name Royal Bank of Scotland.

“We deeply regret that we failed to adequately monitor one of our customers between 2012 and 2016 for the purpose of preventing money laundering,” Rose said in a statement released after the sentencing.

She added the bank would continue to invest in fighting financial crime.

Regulators in Britain and Europe have been seeking to crack down on money laundering after a series of scandals in recent years, but until the NatWest case, the only cases in Britain had been civil rather than criminal.

The FCA said NatWest failed to monitor suspect activity by a client – Fowler Oldfield, a gold dealer and jeweller based in Bradford, northern England, liquidated after a police raid in 2016 – that deposited about 365 million pounds, including 264 million in cash.

At its height, as much as 1.8 million pounds was deposited in cash daily, making the customer NatWest’s biggest in the area, Montgomery said.

NatWest failed to properly investigate numerous warnings generated by its financial crime systems, miscategorised the customer as lower risk than it was, and staff investigating the warnings lacked sufficient experience and knowledge, the FCA lawyer said.

One rule designed to flag suspicious activity was disabled by NatWest because it created too many alerts, “so the bank decided it should be deactivated,” Montgomery said.

Another alert was triggered when Fowler Oldfield paid 387,000 pounds to an account belonging to a supplier of hair extensions and cosmetics, before the funds were transferred to a pub and out to a money transfer company, the judge said.

The National Crime Agency (NCA) at one stage raised concerns at the quantity of Scottish bank notes being deposited many miles away in England, which it said was an indicator of potential crime, the FCA said.

The NCA did not immediately respond to a request for comment.

One of the bank’s cash centres in Washington, north-east England, voiced concern about the volume of Scottish notes being deposited and said they had a musty smell, potentially due to long storage rather than regular business use.

A person working at a NatWest cash centre in Basingstoke, southern England, who was close to retirement, said the activity was the most suspicious he had seen in his career, the FCA said.

“How could they possibly have missed all this? That would be a perfectly reasonable question. To which the answer is, they didn’t miss it,” John Kelsey-Fry, lawyer for NatWest, told the court.

“The protections in the bank actually worked to the extent that the relevant activity was identified, it was highlighted. It did not escape the bank’s systems, it did not go under the radar. The quality and adequacy of that scrutiny is another matter.”

Apart from the fine, the judge also ordered NatWest pay the FCA 4 million pounds in costs and issued a confiscation order for 460,000 pounds gained by NatWest from Fowler Oldfield.

In a statement, the FCA said a separate investigation by West Yorkshire Police had led to 11 people pleading guilty to charges relating to the cash deposits and three cash couriers being charged. A further 13 people await trial at Leeds Crown Court, northern England, in April 2022.

Facebook owner is behind $60 mln deal for Meta name rights